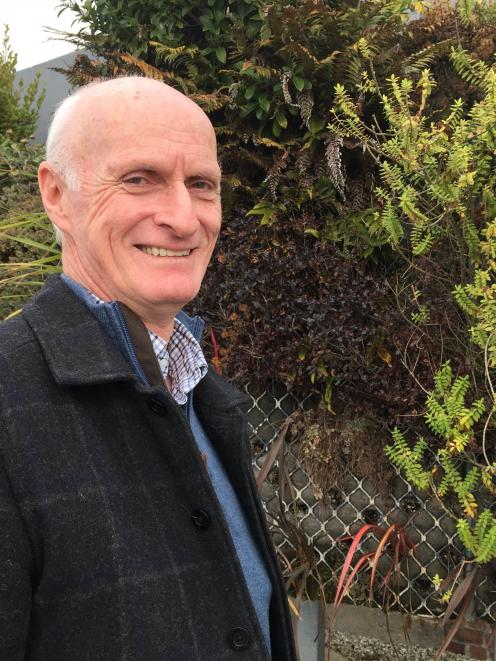 The religious conviction was always there; he started running Sunday school at the age of 17 but never envisaged it becoming a fulltime role. Yet, now 62, here he is.

"Being a pastor in a rural community requires being able to roll with whatever comes your way and there is no real way to prepare for the wide variety of tasks that are expected of you."

He is also pastor at Silver Fern Farms’ Finegand plant and the Southern Institute of Technology’s Telford campus near Balclutha.

"In reality, most of my conversations are not directly of a spiritual nature but there are consistent themes that come up. Relationship problems, financial problems, addictions of all types, depression and associated mental health issues, and the main one that has been growing in frequency, especially since Covid-19, is anxiety. People are fearful and uncertain that they have a good future anymore."

The pastor and piper — he was the Balclutha Pipe Band pipe major for several years — grew up on a dairy farm in Dan Carter country in rural Southbridge in central Canterbury.

After leaving boarding school in Christchurch at 16, he returned home to the farm. He took over when he was in his early 20s after his father died.

Mr McLaughlin became a mixed cropping farmer, growing grain, small seeds, and raising sheep and cattle, on little irrigation and in the changing environment of Rogernomics in the 1980s.

"I know what it feels like to be cold on a motorbike, low yields, and what it’s like to have bills to pay, to face high interest rates, or to be unable to afford to fix things."

"We shifted south for a higher rainfall and a less intensive type of farming but looking back the shift was also about a need to grow as a family into our true potential and learn a whole lot of new skills."

In addition to farming, he has worked in shearing sheds, fencing, agricultural contracting and spent two years as a night shift shepherd at Finegand.

While on the Clinton property, he did a three-year part time course in pastoral ministry, later followed up by training as a counsellor and involvement in many community projects.

He was part of the leadership team of Balclutha Anglican Church when he was approached by Kaitangata-Stirling-Lovells Flat Presbyterian Parish to help with their children’s work. He moved into the minister’s role 18 years ago.

He has also worked for the Clutha Valley Church for five years and undertaken two missions trips to Kenya, Uganda and India.

A major influence on the McLaughlin family was the near-death experience of nursing eldest son Jeremy through leukaemia as a teenager.

"These missions trips and working with the health system for so long have moulded me into a more compassionate person. More tolerant. Less judgemental and more considerate to others who may not have had the same start in life that I did."