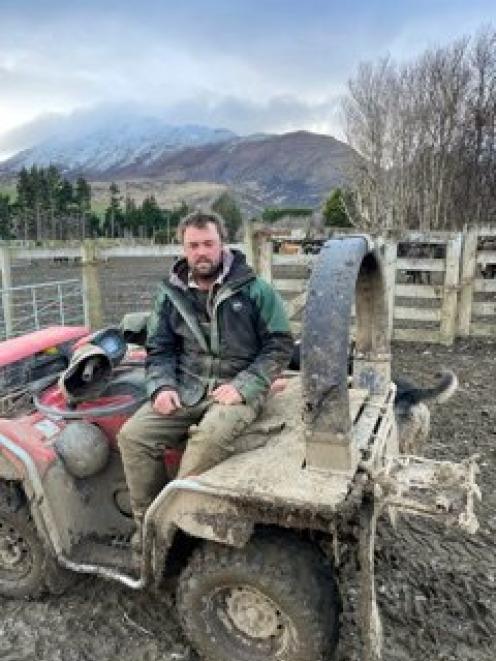 Crush protection on a quad bike. Photo: Supplied
As WorkSafe is warning farmers about fatalities on-farm spiking in spring, cattle farmer Russell Clearwater talks to Shawn McAvinue about how crush protection on his quad bike saved his life.

Crush protection on quad bikes saves lives and is worth the investment, a Western Southland cattle farmers says.

When a cow on heat started to become agitated, he reversed the quad to give the animal some room and to get in a safer position.

As he was slowly reversing - about 3kmh - a back heel on the quad dropped off a bend in the track, and the bike rolled down a hill with him on it.

"The bike hit me but then carried on down the hill."

He was sure if he did not have the protection device installed, he would have been crushed under the heavy weight of the quad and died.

Crush protection had only been installed on his four quad bikes on the farm about a week earlier.

The cost of the protection initially made him ‘‘curse‘‘, as he believed the money would have been better spent somewhere else on the farm, rather than on a health and safety measure.

The incident made him realise the protection was worth every cent as it had allowed him to walk away with broken ribs and bruises.

Incidents could occur to experienced operators even at slow speeds, he said. 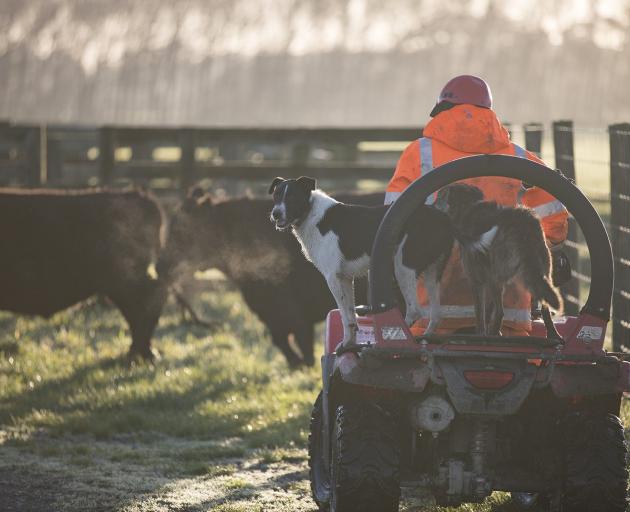 Protection on a quad bike. Photo: Supplied
He had been farming for about 50 years and had plenty of experience driving farm machinery.

Farmers should install safety measures available for farm vehicles in a bid to avoid a fatality on farm.

The latest person to die in a workplace incident on a farm was near Oamaru on August 10.

It was understood the incident involved a tractor and the victim was trimming hedges, Mr Austin said.

He strongly urged farmers to consider four key things to avoid fatalities as they enter the busier months on farm. —

Workplace incidents did not discriminate between those with experience and those without.Even the most experienced operators could make mistakes, he said.

‘‘We know the pressure is on farmers, particularly considering labour shortages and the need to employ inexperienced, younger or older people to fill the gap, but now is not the time to cut corners where safety may be compromised.’’

Safety was the responsibility of everyone, he said.

‘‘Make sure everyone gets involved in sharing their concerns and ideas for making the farm a safer place.’’