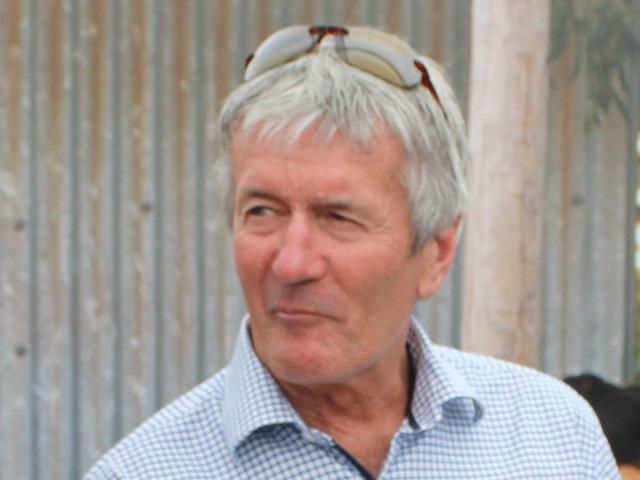 Damien O'Connor
Police are investigating how the fast-spreading cattle disease Mycoplasma bovis got into New Zealand.

The Ministry for Primary Industries were looking into how the cattle disease entered the country, and that it was more challenging to deal with than foot and mouth disease.

McIntyre said the actions of other countries in dealing with Mycoplasma bovis could not be copied here.

The Ministry for Primary Industries is to crack down on compliance with the National Animal Identification and Tracing (NAIT) system, which is to be overhauled after officials struggled to track cattle infected with the Mycoplasma bovis disease.

O'Connor has said work will start immediately on improving NAIT, which "has let us down in a time of great need as we manage the Mycoplasma bovis outbreak".

The changes will be driven by a review of NAIT that made 38 recommendations to improve the system of which 23 would be introduced immediately by OSPRI, an agency that manages NAIT and the TBfree programmes.

"The hunting down of Mycoplasma bovis has been slowed by the poor uptake of NAIT," O'Connor said.

"This is why it's crucial we fix the system. NAIT is hard to use and farmers have not been told of the benefits of compliance."

He had asked his officials to take "a tougher approach to NAIT compliance".

Among the changes will be to assign NAIT numbers to locations, not people and make the NAIT interface easier for farmers to use. An immediate step, which O'Connor called an interim measure, will empower MPI animal welfare officers to carry out NAIT enforcement during regular farm visits.

MPI will also work with OSPRI "to identify appropriate performance targets that will allow regular monitoring and evaluation of the scheme's performance," he said. Officials will also consider whether livestock transporters should have a formal role in the NAIT scheme and the timing of adding other animals to the tracing system.

The remaining 15 recommendations from the NAIT review would require regulation or legislation to implement.

MPI officials last week told parliament's primary production committee that lack of compliance with NAIT and a black market in the sale of calves were hampering the ministry's efforts to respond to New Zealand's largest animal surveillance issue.

Head of Biosecurity New Zealand Roger Smith told the committee that it had been "a very challenging incursion response" because of the level of non-authorised stock movements and modern farm practices which meant cows were frequently moved to where the grass was best.

As of the start of this month, MPI had paid a total of $3.3 million in compensation to 22 farmers and has previously estimated the outbreak could cost about $95 million in tracking and tracing the spread of the disease and paying compensation to farmers, of which $60 million was the anticipated claims liability.

The MPI officials said about 1 million cows are culled each year so the primary sector could cope with 22,000 being culled for this disease. It was no more than the cull that might occur in a drought.

Official data for the four weeks to April 14, published this week, show 145,600 cows were slaughtered nationwide, up 21 percent on the same period last year although 2 percent below the five-year average.

According to the NAIT website, the scheme "links people, property and livestock in New Zealand". Cattle and deer "are traced using NAIT approved radio frequency identification device (RFID) ear tags. Once tagged, these animals are registered in a national database," recording details including the animal's location, movements during the animal's life and contact details for the person in charge.

"This provides traceability for individual animals, to enhance New Zealand's ability to respond quickly if there is a biosecurity incursion such as a disease outbreak," it says.