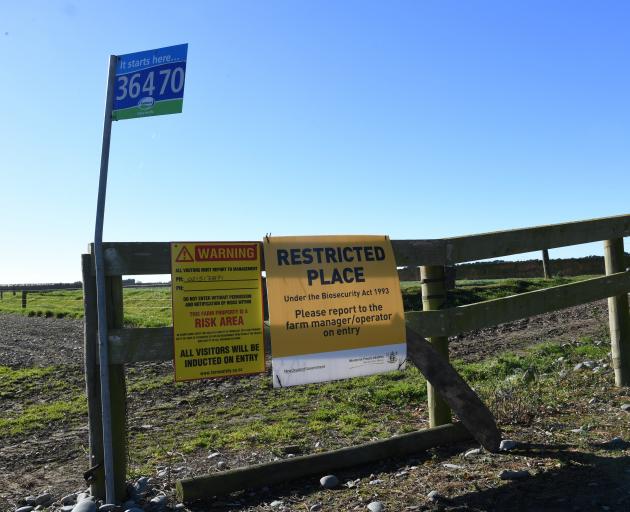 ODT file photo
The long-term influence on the beef schedule from the Mycoplasma bovis cull is not expected to be significant, Rabobank New Zealand’s animal proteins analyst Blake Holgate says.

On Monday, the Government and industry announced phased eradication would go ahead, with a further 126,000 cattle to be culled over the next one to two years.

Given the number of cattle being culled represented only about 5% of New Zealand’s annual beef slaughter, and the cull was occurring over a prolonged period, the negative impact on prices should be limited when compared to external factors, such as export market demand, Mr Holgate said.

However, if the bulk of the culling happened to coincide with either a seasonal influx from the beef industry, or adverse weather conditions, then a more substantial bearing on prices would be expected.

Rabobank’s latest beef quarterly report said supply pressure was growing in global beef markets due to dry weather conditions in the United States, a surplus of animal protein in Brazil and changes in live cattle trade out of Australia.

The degree to which those pressures continued to build would determine the extent of their impact on global markets, Mr Holgate, who was the report’s co-author, said.

Dry weather conditions had been a major disruption in the US cattle market since last northern hemisphere autumn, with 70% of beef cows now under measurable drought stress.

Of those supply pressures, the big dry in the US was most likely to impact on New Zealand, given the significance of the US as an export destination for New Zealand beef.

‘‘Since April, we’ve already seen weaker US beef import prices contribute to domestic cattle prices falling by 2% in the North Island and 3% in the South. We do expect the depreciation of the NZ dollar against the US dollar to limit further softening of schedule prices over the coming months, however should the US imported beef price drop further, it is likely NZ beef prices would follow,’’ he said.

Despite New Zealand beef export volumes rising significantly in the last quarter of 2017, they only rose by 1% in the first quarter of this year.

Apart from China, the trading environment was difficult and abundance of Australian and US product was the key issue. Australia was particularly competitive, most notably in South Korea and Europe.