Prime Minister Jacinda Ardern has visited a farm near Morven, in South Canterbury, to talk first-hand with farmers affected by Mycoplasma bovis.

Yesterday, the Government and industry announced plans to proceed with plan to eradicate the disease, with an estimated cost of $886 million.

Sharemilkers Leo and Maite Bensegues were one of the first to have their herd culled and have since received compensation.

Ms Ardern said they were there to talk through the experience the farmers have had and where improvements could be made. 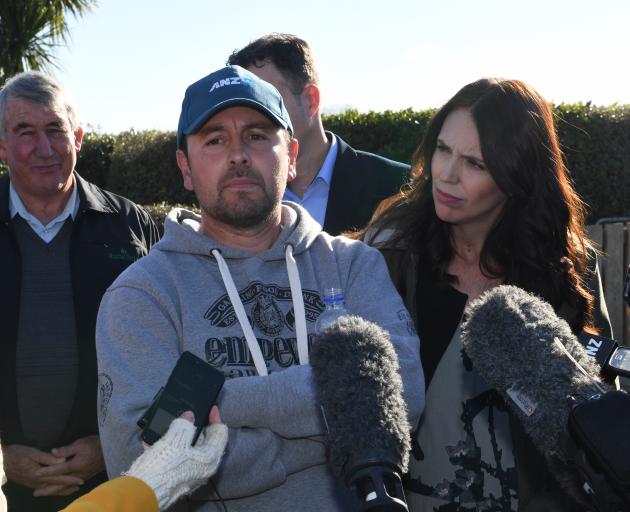 The Government knew that there were areas that they needed to keep lifting their game and it was committed to doing that.

Yesterday, Mr O'Connor announced 50 new staff had been appointed, along with a science adviser, and a new field HQ opened in Cambridge in the fight against the disease.

Newly-appointed science adviser Dr John Roche had been tasked with researching new tools for the fight against the disease.