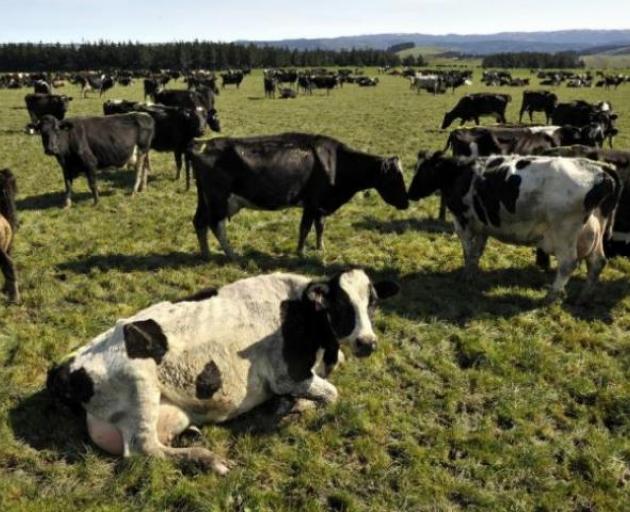 Photo: ODT files
South Canterbury farmer Mark Adams wishes all farmers unaffected by Mycoplasma bovis could sit down with one who is trying to operate under a Restricted Place Notice.

It was a "sobering experience" and challenged how the value of national and on-farm security was viewed, Mr Adams, the immediate past-president of South Canterbury Federated Farmers, said in his report to the organisation's national conference in Wellington.

"The loss of control - financial as well as the day-to-day management - is crippling and leads to the fruitless second-guessing of previous decisions.

"The sense of shame, fear and isolation all build stress, putting a huge strain on the mental health of affected farmers and their families," he said.

Farmers operating under an RPN needed the informed support of their team, their leadership and their community.

"We all need to take responsibility for the wellbeing of our industry, and that includes taking compliance seriously.

"For Nait to be successful, we must hold each other to account and that also includes stock agents," Mr Adams said.

The actual timing and source of the incursion remained elusive and that was both a major concern and "a riddle that needs to be solved".

"It's difficult to shore up the borders when we still don't know the where and how."

Not surprisingly, the cattle disease was a hot topic of conversation at the conference and was addressed in most reports.

Mid Canterbury provincial president Michael Salvesen said it had a devastating effect on families directly involved and there was "much worry and angst further afield".

The Ministry for Primary Industries had been found "wanting again" with a very haphazard approach to control and eradication, and the wheels were grinding at a snail's pace.

That had given farmers and advisers very little confidence that MPI's stated aim of eradication would be achieved.

"The thought of having to live with this scourge in the future is almost unthinkable and would require wholesale changes to current management and industry practices.

"Even the whole concept of sharemilker and their ability to build capital to own and run their own farm would be under threat. This has underpinned the innovation and character of the dairy industry for decades and would be sorely missed," Mr Salvesen said.

Many "really good people" would be lost from the industry as they would try to find other ways to build family capital.

Southland immediate past-president Allan Baird said the outbreak had taken a huge toll on many Southland businesses and families and it would be several years before many of those farmers saw normality again.