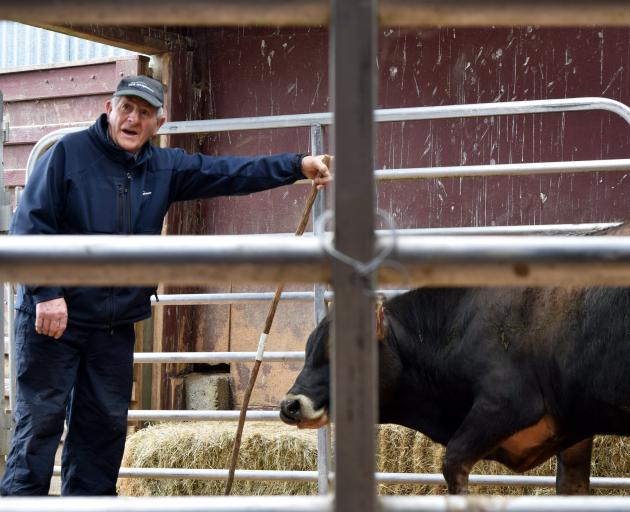 PGG Wrightson agent Mike Broomhall spots a bid at the Ashvale Annual Jersey Bull Sale in Western Southland last week.
A Southern livestock agent is calling time on career of more than 50 years and will celebrate with a ginger beer on his final day this Friday.

PGG Wrightson agent Mike Broomhall, of Otautau, said the retirement date was chosen because it allowed him to work at Rodney and Jocelyn Dobson’s annual Jersey bull sale in Western Southland last week.

‘‘I was with Rodney for his first sale.’’

Mr Broomhall was born in Kaikoura and raised in Christchurch.

Despite his lack of agricultural experience, he always knew he wanted to work in the sector, becoming a junior agent for Dalgety’s after leaving school, aged 19.

He had worked as an agent for different companies around the South Island including in Omakau and Palmerston.

His career includes working for himself for more than a decade. 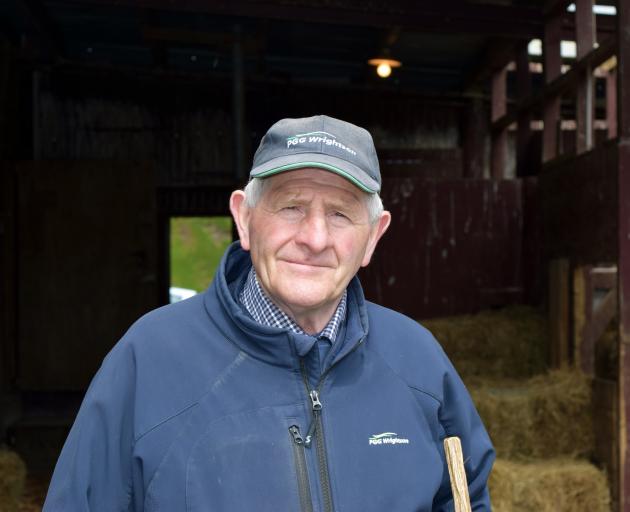 PGG Wrightson agent Mike Broomhall, of Otautau. PHOTOS: SHAWN MCAVINUE
He moved to Southland to work for PGG Wrightson about 16 years ago.

The worst parts of the job were the long hours and being on call.

One client had regularly called him at 11pm, despite being asked to call earlier.

In summer, Mr Broomhall drafted lambs from 4am to get the work done before the hottest part of the day.

Before leaving his house one morning, he called the client and made a deal: he would never call at the early hour again, if the client only called him before 9pm.

‘‘We never had a problem after that.’’

When he started working as an agent, he made a vow to never drink alcohol again and had stood by it.

By abstaining, he never needed to worry about losing his driver’s licence or forgetting the finer details of a conversation in a pub.

‘‘In those days, it was very unusual for an agent not to drink — it probably still is — but it never lost me any business.

‘‘I could still go to the pub, drink an orange juice or a ginger beer, and remember what I’ve done.’’