Project manager Shane Bocock (left) checks in with Habitat Restorations worker Gabriel Kennedy Atchisonas he plants flax on the bank of the Washpool Stream. PHOTO: RICHARD DAVISON
The latest evolution in coordinated catchment activity in Otago has been getting its ducks in a row this month, thanks to $200,000 seed funding from the Otago Regional Council and a further $150,000 from MPI. Tapanui farm consultant Lloyd McCall walks Richard Davison through the structure and purpose of the new initiative.

A new umbrella organisation is expected to give Otago’s burgeoning number of farmer catchment groups a fresh boost, by centralising many administrative and fundraising tasks.

The initiative —with the working title of the Otago Catchment Community (OCC) — has been gearing up for action, and West Otago farm consultant Lloyd McCall has been instrumental in helping guide its early stages.

Mr McCall is one of the drivers of the award-winning Pathway for the Pomahaka initiative, frequently held up as an exemplar of a ‘‘doing it right’’ farmer-led catchment water quality improvement group. 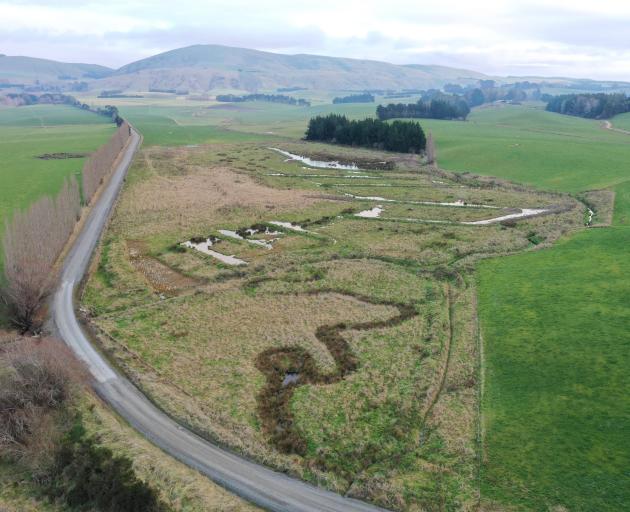 He said an explosion of interest from farmers in establishing and joining catchment groups during recent years meant working more closely together in certain areas was a natural next step.

Eleven small and mid-level catchment groups were expected to come under the new OCC umbrella, representing more than 700 farmers across a total of 19,239sq km of Otago waterway catchment.

Critically, the new body would have a ‘‘louder voice’’ he said.

‘‘It will allow OCC to seek MPI and other funding both to consolidate those activities already taking place, and kickstart new and innovative initiatives as opportunities come up.’’ 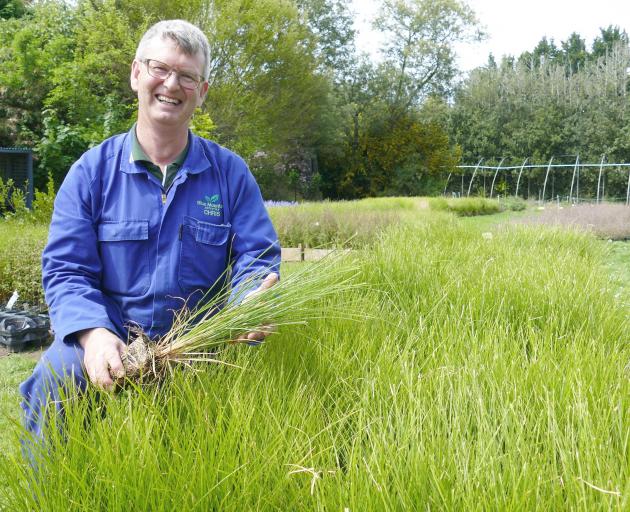 Catchment group activities at present were focused on core areas of regular water testing by members; identifying and encouraging good farm management practices to reduce off-farm pollution; and installation, testing and refining of measures such as sediment traps, wetland, and riparian planting. A good example of what could be achieved through strong advocacy and coordinated farmer efforts had just got under way in West Otago’s Pomahaka River catchment, he said.

Earlier this month, the Pomahaka Water Care Group launched its Pomahaka Corridor Planting Project thanks to $3.7 million of government funding.

This will eventually lead to the planting of an anticipated 216,000 native riverbank species and the installation of more than 100km of riparian fencing on farms throughout the district.

Core project funding, which would be supplemented by farmer contributions, was coming from the Provincial Growth Fund ($2.3 million) and the remainder from the One Billion Trees Fund, Mr McCall said. 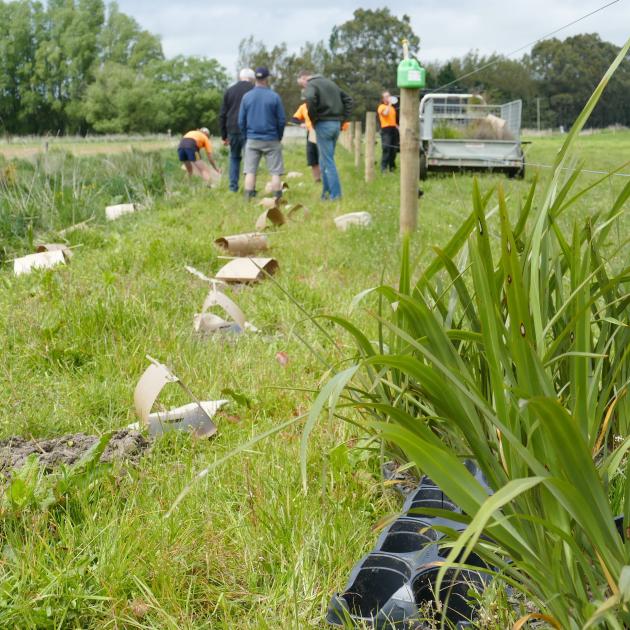 A set of flax plants await bedding-in alongside the Washpool Stream in West Otago earlier this month. Photo: Richard Davison

In future, he hoped OCC would be instrumental in helping other groups secure similar windfalls.

“The aim is for OCC to support engaged landowners to achieve environmental outcomes specific to their area.

“That could include providing co-ordination and administrative support, along with information-sharing and connectivity among all stakeholders.

‘‘At the end of the day, this will allow landowners to concentrate on achieving on the-ground outcomes, benefiting the environment.’’

Alongside the continuing and expanded benefits to biodiversity, water quality and environmental aesthetics, this and future cash injections would help boost rural economies throughout the province. 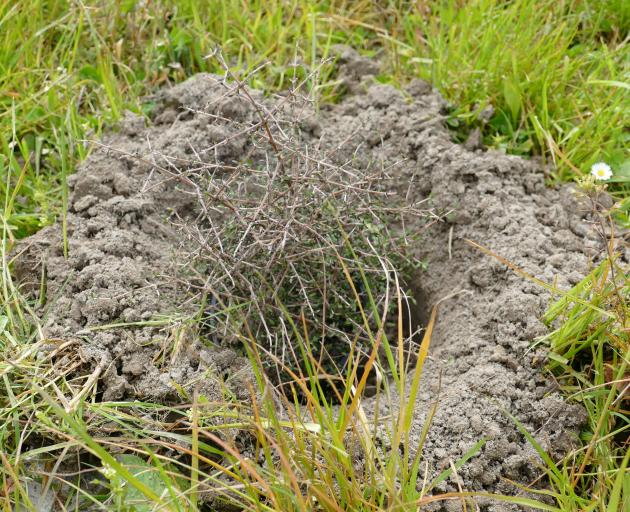 One of more than 216,000 native plants going into West Otago riparian farmland between now and 2023. Photo: Richard Davison

The first tranche of corridor planting was employing a crew of eight for six weeks, and the OCC would create the equivalent of just more than three fulltime roles in its initial phase.

The formation of the OCC, and related expansion of catchment group activity could only be a positive for Otago.

‘‘The key to Pomahaka’s success, and the key to any successful catchment group in my opinion, is that they’re grassroots, bottom-up.

‘‘OCC will continue to represent the interests of its member groups led by the aspirations and efforts of its farmers.

‘‘Rules can’t be top-down — they need to come from the people on the ground. That’s how we all win.’’