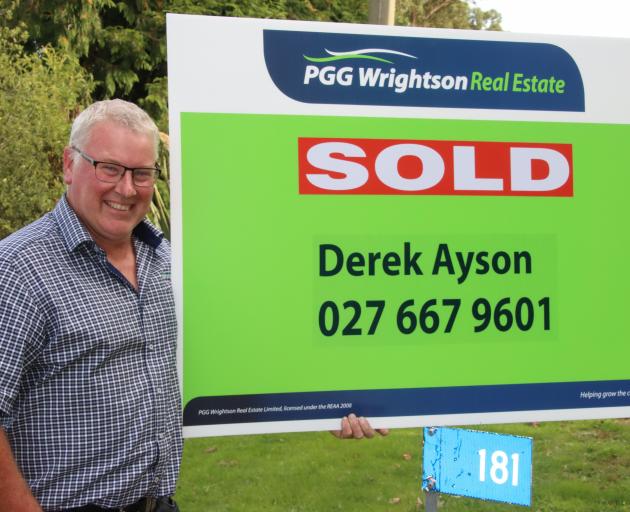 Gore rural real estate agent Derek Ayson has no regrets about selling the farm and taking up a new career. PHOTO: SANDY EGGLESTON
Derek Ayson was a third-generation farmer until a snowstorm changed his career path.

Mr Ayson grew up in Slopedown where the family had farmed their 482ha property for more than 80 years.

The snowstorm, which hit Southland hard in 2010, forced him to refocus and he now works as a PGG Wrightson rural and lifestyle sales consultant.

‘‘The snowstorm was really the catalyst for a change of direction,” he said.

“We had a pretty tough lambing time that year and we realised it was time for something different.”

Mr Ayson, who has been working as a real estate agent for six years, initially worked for Combined Rural Traders/ Farmlands Co-operative in a client servicing role before trying his hand at real estate.

“I was keen to give it a go and it soon became a passion,” he said.

His farming background and industry knowledge has proven a big asset in his new career, establishing him as a trustworthy, relatable agent, Mr Ayson said.

‘‘Many of the farms have been in families for generations.

“It’s the biggest asset they have. It takes time to work with clients to get the best deal for their land.”

Most of the clients are locals from within his catchment, which generally covers Eastern and Northern Southland but sometimes extends to the north and south.

He has also had some interest from buyers in other parts of the country looking to buy in the district.

He particularly enjoys helping clients establish new farms, a process which usually begins with a tour of the property in the ute.

However, there are some unique challenges involved in selling rural real estate, especially around land use regulations.

“Guiding people through the process of buying a new piece of land for the purpose of farming or applying for consent to change the land use of a property, can be a challenge for both buyers and sellers.’’

Despite the challenges, Mr Ayson, who is also known for his success on the rally car scene, said he is happy with where life has taken him.

“I do miss farming at times, but we have no regrets.”