Five years ago WAI was a team of three. PHOTO: SUPPLIED
WAI Wanaka started with just three part-time volunteers but has expanded to a workforce of 44 people. Kerrie Waterworth reports.

Five years ago, Wanaka vet Mandy Bell had been working on improving the environment on farms around the country but on her return to Wanaka discovered there were 13 ‘‘good’’ science projects happening around the region.

Wanaka was experiencing ‘‘tremendous urban and tourism growth’’, and there were concerns about the impacts on water.

‘‘Good solid work was being done, but no-one was talking or connecting with one another, so there were gaps and even double-ups,’’ she said.

Ms Bell met Guardians of Lakes Wanaka and Hawea members and it was agreed ‘‘a whole approach’’ was the way forward.

Every two to three weeks over the next six to eight months, representatives from the farming and urban community, Otago Regional Council, Queenstown Lakes District Council, Lake Wanaka Tourism, industry groups and University of Otago scientists met and created a shared vision for the Upper Clutha community.

‘‘What was really interesting was we found in that core group of 16 or so we all shared the same story, childhood memories of Wanaka.

WAI Wanaka(whose name reflects not only the Maori word for water — Wai — but also stands for Water Action Initiative) was formerly known as the Upper Clutha Lakes Trust. 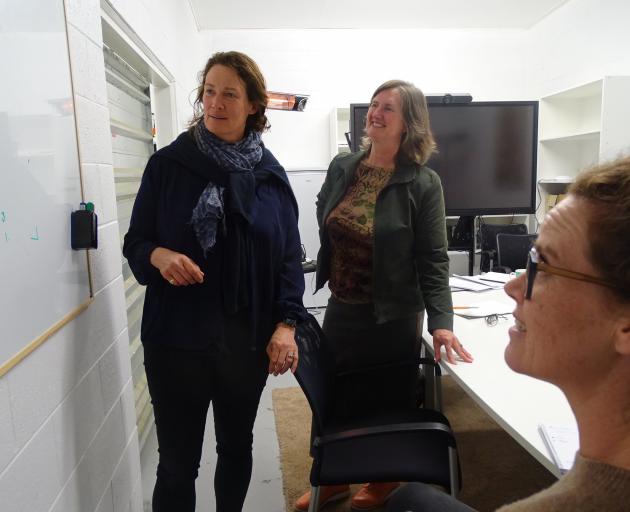 For four years it has worked with the community to create an upper community catchment plan to manage freshwater resources and ecosystems.

The finished plan had nine objectives and recommended 60 actions, some of which were the councils’ responsibility and others would be driven by the community.

‘‘Our work connects the rural, urban and tourism sectors to achieve the common goal of keeping our environment in a state we are proud to pass on to future generations,’’ Ms Bell said.

‘‘WAI has also been working with landowners to develop environmental plans, and has carried out urban stormwater research and co-created education programmes with local primary schools.

Under the Jobs for Nature programme, funded through the Ministry for Primary Industries, WAI Wanaka has employed local people to carry out planting, pest control, wilding pine control and biodiversity and freshwater monitoring on local farms.

October 18 will mark the end of the first year of the three-year programme which employed teams year-round.

Jobs For Nature manager Prue Kane said the group worked with landholders in winter to remove juvenile pest plants that were spreading on their properties. Broom and gorse were the main two.

‘‘We work really hard to make sure any businesses and contractors that are operating in the area are still functioning at the end of our funding, so we tackle the niche that is labour intensive and can add the most value.

‘‘For broom and gorse it is those scattered ones that are not big spray jobs which are the contractors’ role but instead save the landowners a lot of time in achieving their environmental plans,’’ Ms Kane said.

WAI Wanaka manager Julie Perry has been involved with the group since the beginning.

She said they had originally hoped to establish an Alpine Lakes Research and Education Centre with laboratory facilities and visiting scientists.

They had not given up on that idea but were now more focused on creating an environmental hub.

‘‘It is more about having a facility where you could have speaker events and offer training, have schools groups come through and visitor links that included agritourism, ecotourism or volunteerism or anything environmental in the area,’’ Ms Perry said.

Since WAI started, the Upper Clutha catchment farming community had environment plans and ‘‘there was a huge awareness that we are working at the front edge of the change that is happening in New Zealand’’.

‘‘There is still a lot of work to do but I think we have made huge inroads into urban and rural connections and mutual respect and we can fix this together,’’ Ms Bell said.