In the hills above Arrowtown, among a small pear orchard and a cluster of old musterers’ huts, live the cutest sheep in the world.

Farmer Dagg rattles a bucket of sheep nuts and three dozen inky faces shoot up in unison, crimped forelocks bouncing. With black knees, ankles, hocks and face punctuating an otherwise white coat, Valais Blacknose sheep are a sight out of a children’s book — both comical and charming.

Glencoe Station has been breeding purebred Valais since 2018 under the management of John Dagg, a long-time sheep farmer with family roots in neighbouring Coronet Peak Station.

The farm is home to 35 Valais Blacknose ewes and eight rams, a couple of hundred pheasants, and John’s canine sidekick, Bob.

‘‘It’s a little playground, really,’’ John said, and the livestock were ‘‘no ordinary sheep’’.

‘‘They're known as the cutest sheep in the world and they've got a very friendly nature. 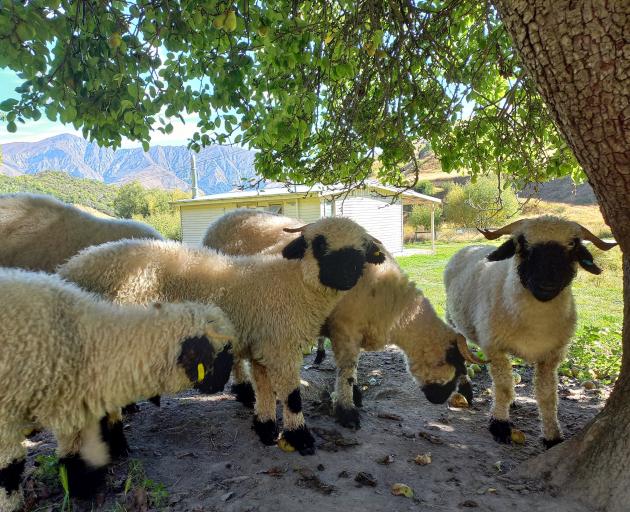 ‘‘They're curious. If they see my wife and I, they'll come running down and follow us.’’

While he admitted this may be partly because the flock has been raised on sheep nuts, their inquisitive nature made them more at ease with human interaction.

‘‘My wife has hand-reared seven or eight of them and they know her and they go up to her all the time.

‘‘When they’re little they'll jump up on the outdoor furniture like a dog.’’

The station sits snug above Tobin’s Track, next to Mt Beetham in the Crown Range, and is owned by Queenstown landscape architect and property developer John Darby.

The breed originated in the mountains of Switzerland so when Glencoe gets its annual snowfall, the Valais — naturally hardy — are well prepared.

John said they often remind him more of goats than normal sheep, their mountaineering roots evident in their diet.

‘‘They only like so much grass, they browse roughage and like eating bushes and they’re just so friendly.’’ 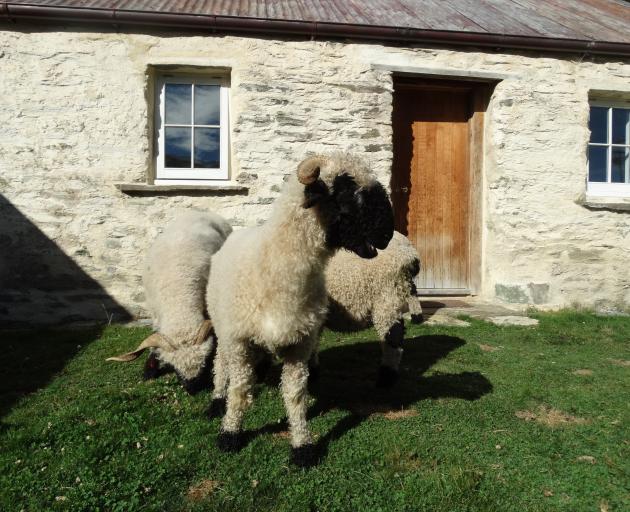 So friendly in fact, there goes a Swiss saying ‘‘make friends with a Valais and you have a friend for life’’.

Straying from traditional farming for meat or wool, John agreed the appeal of Valais was the companionship they offered.

‘‘I think they suit a lot of people on lifestyle blocks as pets.’’

A lick to the hand from one, several good-natured snuffles, and a couple of hand-fed pears later, it indeed felt like Glencoe was a farm for friends.

A particularly curious and noticeably tiny Valais called Polly was one of the more sociable of the flock — wandering up several times for a tousle between the ears.

‘‘She had trouble with her mother’s milk so she’s a bit stunted. We ended up feeding her, so she’s extra friendly,’’ John said.

Not only cute, the sheep are also striking — both ewes and rams are crowned with twisted horns, and rams grow to 80cm tall and weigh up to 130kg.

But despite their size, the fluffiness of their wool lends the sheep a cuddly, teddy bearlike quality. 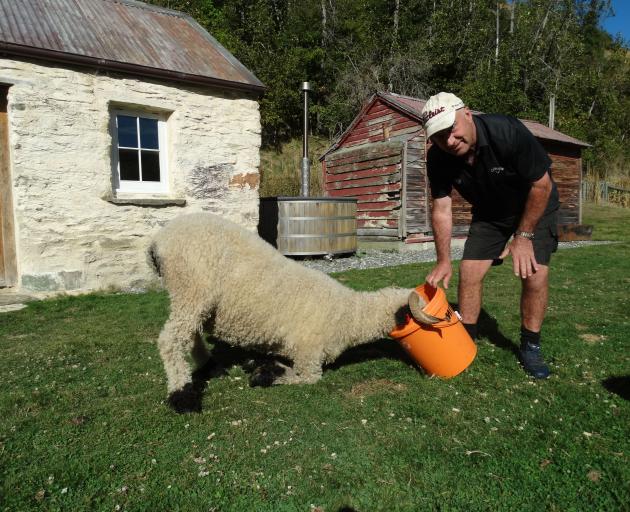 The coats are thick and have a long staple, growing up to 30cm annually, meaning John shears them twice a year.

‘‘The wool grows very quickly on them and is very coarse and not so good for spinning so felting is really what it’s used for,’’ John said.

‘‘There’s a lady in Arrowtown experimenting with it at the moment — she’s felted some rugs and some mats for pets.’’

John was keen to see the fleece used in more local crafting and thought felted products would do well at farmers markets once people knew what affable creatures grew the wool.

While Glencoe is a little on the softer side compared to the high-country beef and merino farming of John’s earlier days, work lay in making sure everything was ‘‘tickety-boo’’ when it came around to Valais breeding time.

In 2018, 35 frozen embryos were imported from the United Kingdom, only a year after the first Valais Blacknose embryos were brought into New Zealand.

‘‘The embryos travelled from Scotland to Hamilton and a vet flew them down to us,’’ John said. 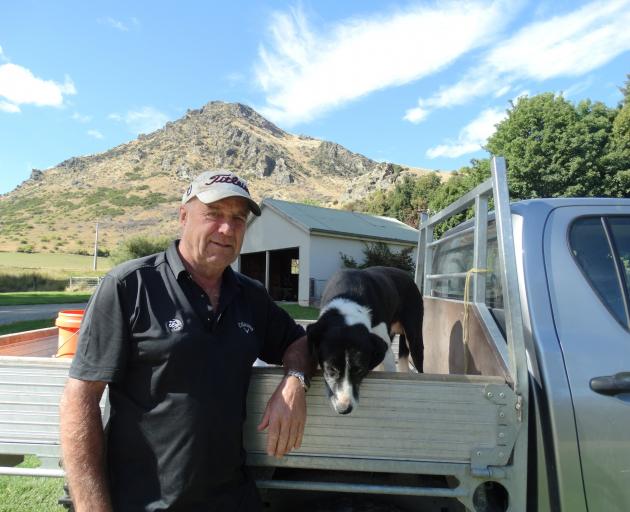 ‘‘Romney Texel ewes carried them and our first ones were born in the spring of 2018.’’

The station has since seen two lambing cycles, and John hoped to implant another 50 embryos this year.

This season, eggs will be flushed from the best ewes and inseminated with sperm from the rams at a local facility — a process with a little less manhandling and a lot less freezing that John hopes will increase the success rate.

‘‘There’s a lot of luck involved but the aim at the moment is build up a bit of a stud, get numbers up.’’