A wool classer and master woolhandler, Mr Bell has been involved with shearing since the Merino Shears began in Alexandra in 1961.

Growing up in the centre of Alexandra, he did not come from farming stock, but as a young boy the lifesyle of the local shearers caught his eye.

‘‘I used to see the shearers roll up in their Mk II Zephyrs and Holden utes and I used to think ‘gosh I want to be like that too, one day’.

‘‘I used to wag school every year to participate [at the Merino Shears] as a helper, then I was encouraged by those people to get involved with the industry, which I did and I’ve been involved in that industry for over 50 years.’’

Six decades on, Mr Bell’s affiliation — on and off the boards — with the shears is still strong.

Now an international event with competitors from Australia and South Africa as well as nationwide, the New Zealand Merino Shears are a compulsory stage of the PGG Wrightson Vetmed National Shearing Circuit. 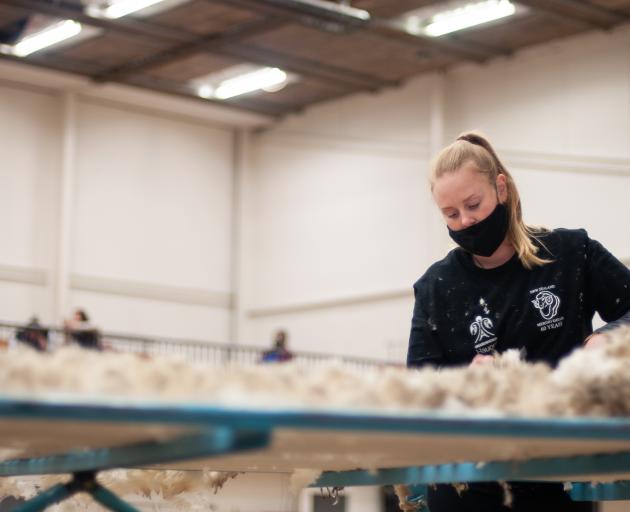 Woolhandler Charlotte Stuart, of Omarama, on the job at the NZ Merino Shears. PHOTOS: SHANNON THOMSON

The open shearing and open woolhandling titles are coveted amongst the industry’s elite.

Mr Bell himself has courted success as a woolhandler, winning the shears ‘‘a couple of times’’ as well as being a placegetter seveal times.

Behind the scenes, Mr Bell has been a competition judge, sponsorship hunter and ‘‘general dog’s body’’ as New Zealand Merino Shearing Society president Greg Stuart likes to refer to him.

‘‘One way or another I’ve had a total involvement of 60 years so that includes setting it up as a wee kid on a Thursday night. — I used to go across the road to the local theatre where we used to have it and used to be there for the clean-up on a Sunday. I’m still very much a part of that,’’ Mr Bell said.

Mr Bell has witnessed the sport of shearing become more professional during the past 60 years, with a greater emphasis on national and international competitions.

However, the essence of the Merino Shears remained the same.

‘‘It was set up by farmers originally to try and promote wool and raise the standard of shearing. That’s what it’s done, and is still doing here with our show,’’ he said.

As a a sport, shearing was selling the quality of the people working in the industry, he said.

‘‘It’s also selling the end result of good preparation of wool standards and that’s something really drummed into us when we started, when I was a young fella, by our farming people involved in our society.’’ 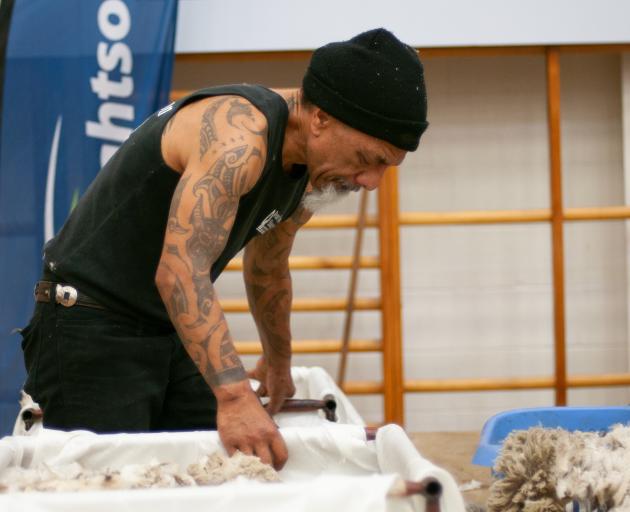 They just wanted to see the wool being prepared to the best possible manner and this is what these sort of competitions do,’’ he said.

‘‘Just as getting the sheep shorn to the best possible manner, not discounting the wool in any way — that’s what it’s all about.’’

'I used to see the shearers roll up in their Mk II Zephyrs and Holden utes and I used to think ‘gosh I want to be like that too, one day’. 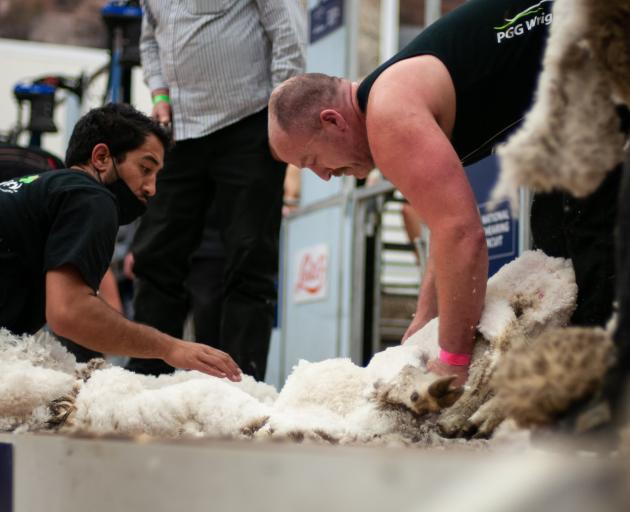