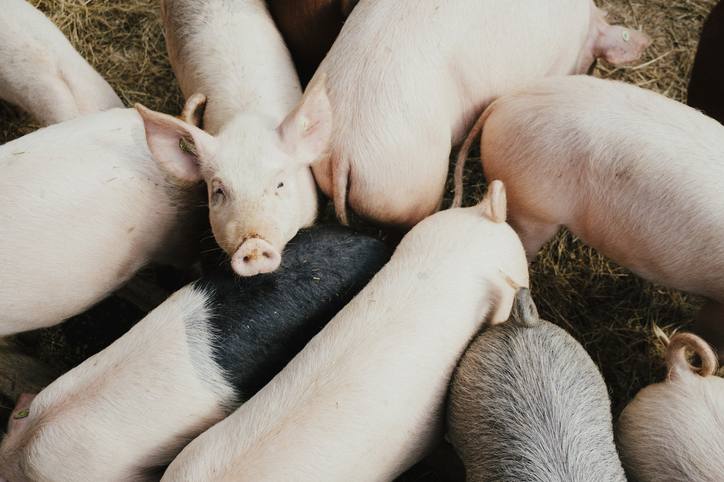 As exporting the meat was extremely difficult, given supply chain disruptions around the world, the number of pigs on farms across the country grew significantly. Photo: Getty Images
Concerns of a mass slaughtering of thousands of pigs by ill-equipped farmers spurred the Government to buy more than 12,000 pig carcasses during the height of Covid-19.

Documents, part of a large tranche released this morning, reveal Cabinet gave the green-light for officials to purchase up to 2000 pigs a week, for six weeks.

The specific cost of the 12,000 pigs has been redacted from the document.

But Agriculture Minister Damien O'Connor asked Cabinet to green light an extra $5.8 million which would "cover the purchase, processing, packaging and related transport costs of approximately 2000 pigs per week".

The decision was made to mitigate significant animal welfare concerns, given the over-supply of pork during the lockdown period.

As exporting the meat was extremely difficult, given supply chain disruptions around the world, the number of pigs on farms across the country grew significantly, the report said.

"Due to the nature of intensive pig farming and rapid growth, pigs quick outgrow their pens," officials said.

Because of this, there were concerns of a mass culling of the animals by farmers which were "not equipped to do so".

"[This could] could give rise to animal welfare concerns, particularly concerning the method of slaughter."

Any significant "depopulation" of pigs would likely have a negative flow-on effect when it comes to the future supply of pork in New Zealand.

And, there was a concern that "such a significant depopulation event will also receive negative media coverage".

Instead, the Government stepped in as a limited time whole scale hog purchaser and distributed the meat to food banks and charities across the country.

"KiwiHarvest and other food charities are experiencing unprecedented demand."

In fact, one survey said some food banks were distributing up to 212 per cent more food per week than pre-Covid.

The report said KiwiHarvest confirmed it could easily absorb an additional 112,000kg per week of pork (2000 pigs per week).

No wonder these damn people in managed isolation are trying to escape all the time ... bacon for breakfast, pork spare ribs for lunch, roast pork for dinner, and a bit of crackling for desert ... all they're after is a bit of red meat !!!

This has been a great PR success for NZ's pork industry. The UK like NZ also claims to have the best animal welfare laws in the world but instead of everyone patting each other on the back for what a great job they are doing they are having to deal with the fallout from the newly realised doco called Hogwood.
Director Tony Wardle said: "I have been producing investigative documentaries for many years and no film has been more harrowing than HOGWOOD. The name 'a modern horror story' could not be more apt; there are modern horror stories taking place each day in the British countryside.
"Not only are these horrors hidden from sight, but they are endorsed by huge corporations and the government. That is why this film had to be made - because the public has a right to see what takes place beyond the factory farm walls."