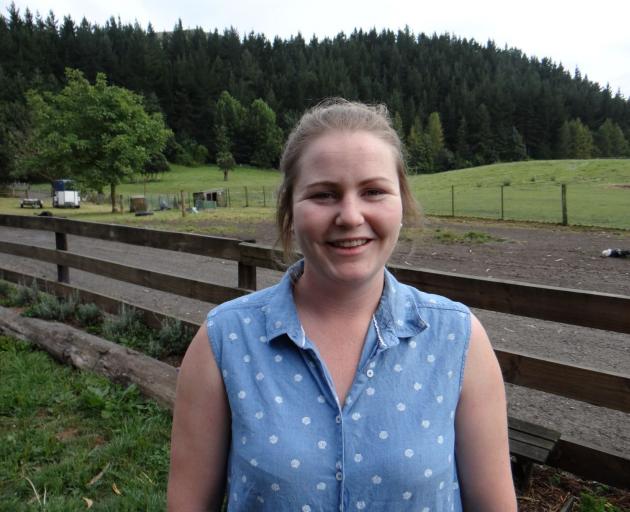 Laura Page: "...local businesses realise the importance of our show, because most of the riders, exhibitors and trades come from out of town, as well as all the visitors."
After the past year's challenges, the Kaikoura A&P Association is hoping to get back to grass roots.

As the association counts down to its 108th annual show at the South Bay Racecourse on Saturday, February 27, president Colin Nimmo said the theme "back to grass roots" seemed appropriate given the uncertain Covid-19 environment.

"It's what New Zealand is getting back to in the current environment. I think people realise that producing food and fibre is still very important in New Zealand.

"A&P shows have always been the gathering places and it's probably moved away from that a bit in recent times, but hopefully we can continue to inspire people to come together."

In line with the show theme, the Kaikoura Museum will be displaying photos from past shows in the main marquee.

Show secretary Laura Page said horse and sheep entries were strong and the committee had been amazed by the support from trade sites and show sponsors.

Anticipating sponsorship would be hard to come by, given Kaikoura businesses were reeling from the absence of tourists, the committee decided to organise its own fundraising.

"Our president, Colin Nimmo, decided to host a fundraising trip to Quail Flat, out the back of the farm [Muzzle Station] and that was awesome," Ms Page said.

"But after being worried about getting any sponsorship, we have probably ended up with the biggest sponsorship year we've ever had.

"I think despite the challenges they are facing, local businesses realise the importance of our show, because most of the riders, exhibitors and trades come from out of town, as well as all the visitors."

It makes a change from just five years ago, when the committee feared the 2017 show would be the last due to a lack of prospective committee members and support.

The 2017 show was cancelled due to the November 2016 earthquake, but the association came back in 2018 and was now in a strong position.

Horse entries were slow coming in, but had shot up from 60 entries to 185 in the previous two days.

"We've even had to turn people away because we don't have enough room in the stables for them to stay overnight," she said.

Sheep entries were up from 25 last year to 65, with strong support from local sheep farmers, while shearing is back at the show after the committee was unable to find sheep to shear last year.

"We're very lucky to have Rob Herbert join the committee. He is a local farmer and an ex-shearer at the show and he's agreed to be shearing convener and he's bringing the sheep," Ms Page said.

The popular bicycle-powered shearing is back and has moved to the bar tent, where it will be held from 2.30pm, after the grand parade, "to try to keep people around for a bit longer".

At the time of printing, New Zealand (excluding Auckland) is in Covid-19 Alert Level 2. This means no gatherings of more than 100 people are allowed. The committee will make a final call today as to whether the show gets changed to a horse competition only (if we remain in Alert Level 2) or remains as a full show (if we go back to Alert Level 1).