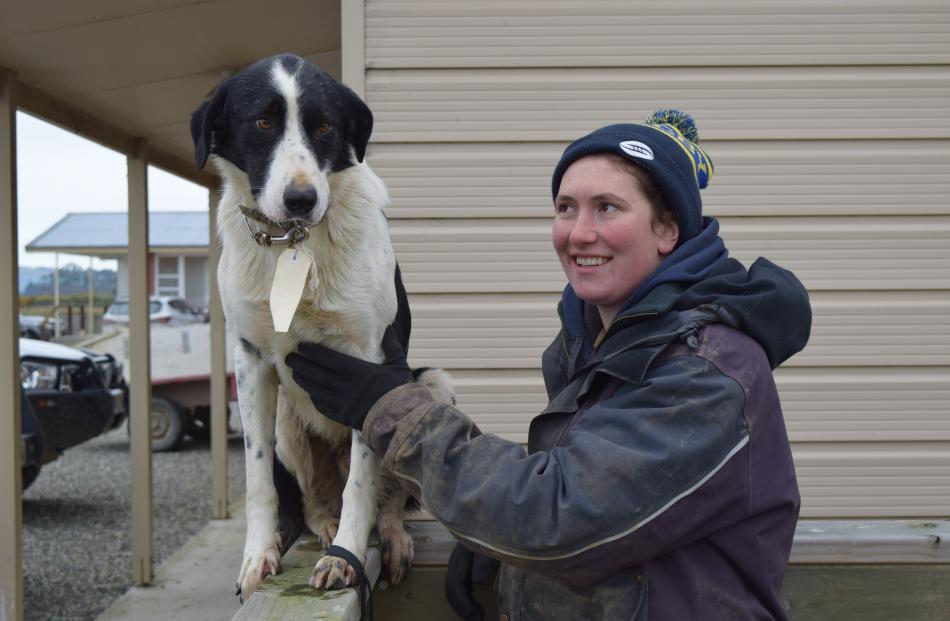 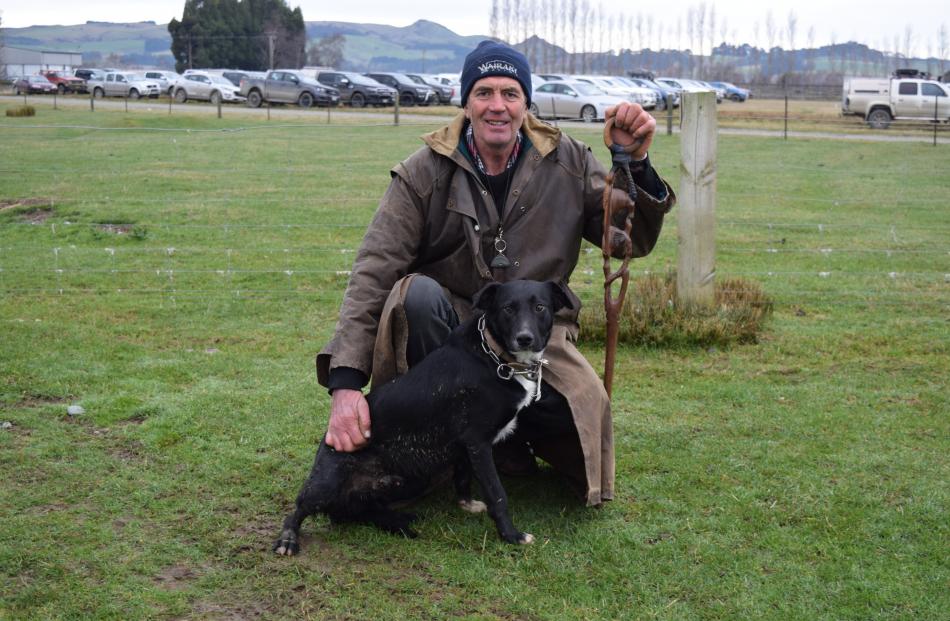 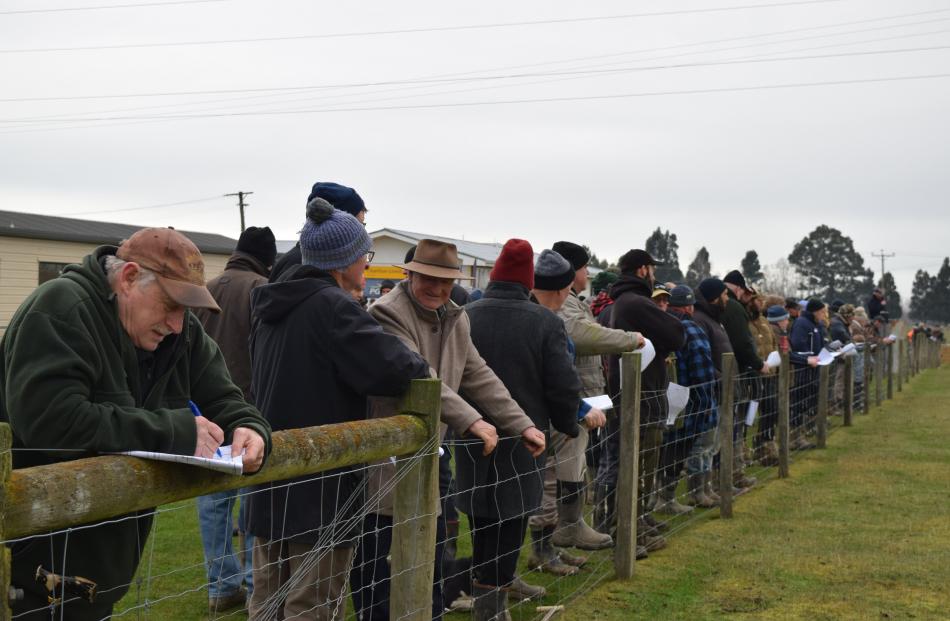 Peter Allison, of Waihola, writes a note in his catalogue among a crowd of more than 200 people at the 64th annual Gore Dog Sale last week. 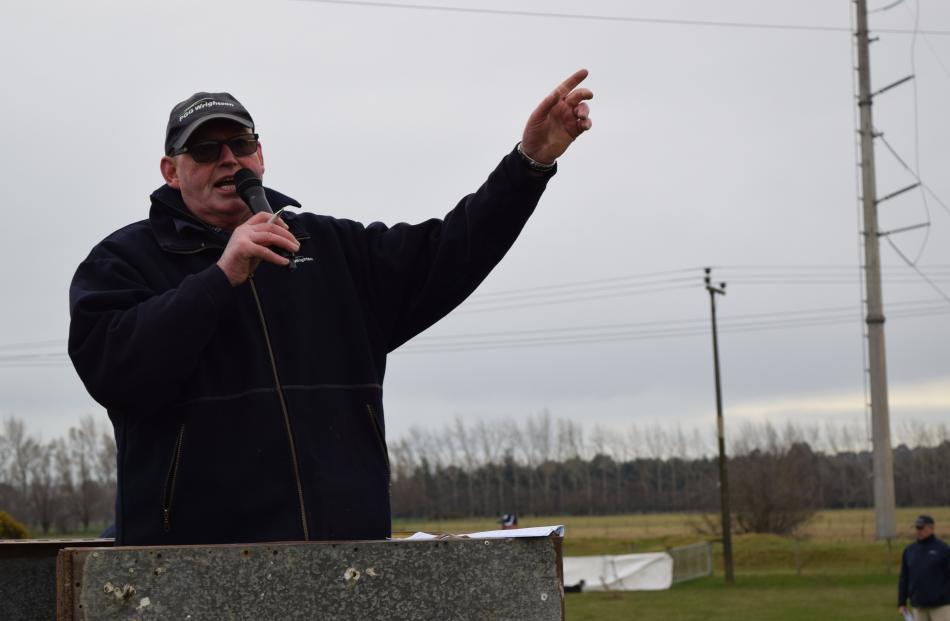 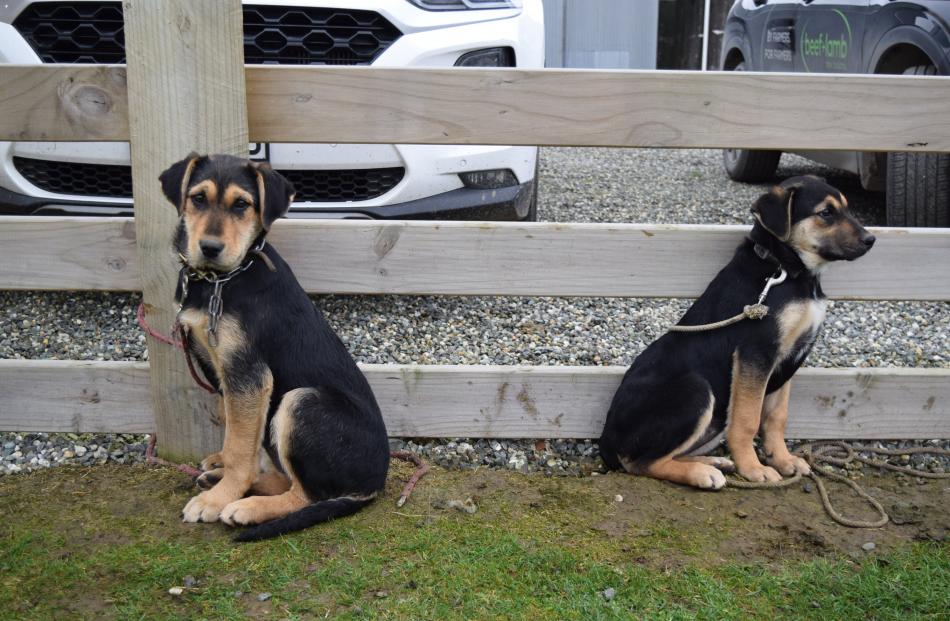 Huntaway pups wait to be auctioned at the sale.

A Western Southland father and daughter duo went head-to-head at a dog sale.

George and Martha Broughton were both vendors at the 64th annual Gore Dog Sale last week.

When asked if the pair had a friendly rivalry, Miss Broughton said: ‘‘No, because I’m always better.’’

She taught her father everything he knows, she said, laughing.

He was a teenage shepherd at Mount Linton Station when he sold his first working dog 40 years ago.

‘‘I was about to go to Lincoln and needed beer money.’’

His first buyer was John Taylor.

Mr Taylor bought Boss from him at Gore.

He got Boss as a pup.

‘‘I get quite a bit of satisfaction out of getting them up and going.’’

Miss Broughton said she was nervous when demonstrating Bryn working with a flock sheep, as a crowd of more than 200 watched and buyers placed rapid bids at the auction.

‘‘I hadn’t done any practice because I’ve been busy with rugby and work.’’

She got Bryn as a 2-month-old pup and had taken him on two intensive lambing beats on Mount Linton Station.

Due to one of her dogs going on maternity leave earlier than expected, Bryn was 10 months old when he worked his first beat.

Most dogs make their debut from the age of 18 months, she said.

Bryn proved to be steady, able to hold a flock of big Suftex terminal ewes and stand his ground against Angus cattle.

She sold Bryn because she was focusing on breeding border collies and owned four of them.

Consequently, there was not enough work available for Bryn.

PGG Wrightson auctioneer Ross McKee, of Riversdale, said most of the dogs — 35 heading, 10 huntaways and 12 pups — featured at the auction sold.