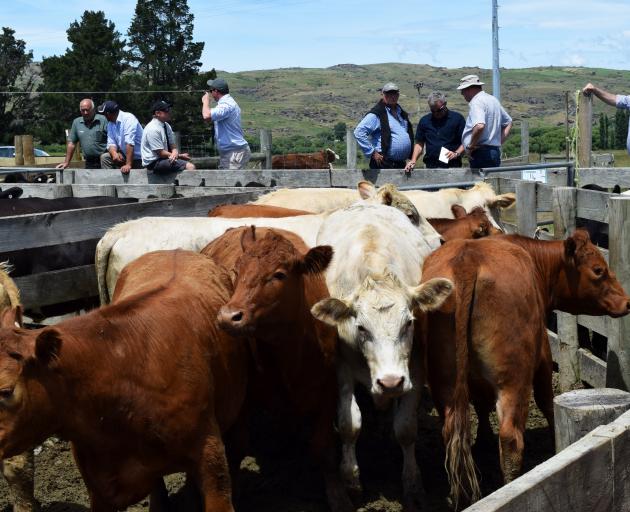 The first sale was on Long Ridge, a 440ha farm about 5km east of Omakau.

He bought the Friesian 12-week-old bobby calves from a rearer in Canterbury about a year ago and took them through to the sale. 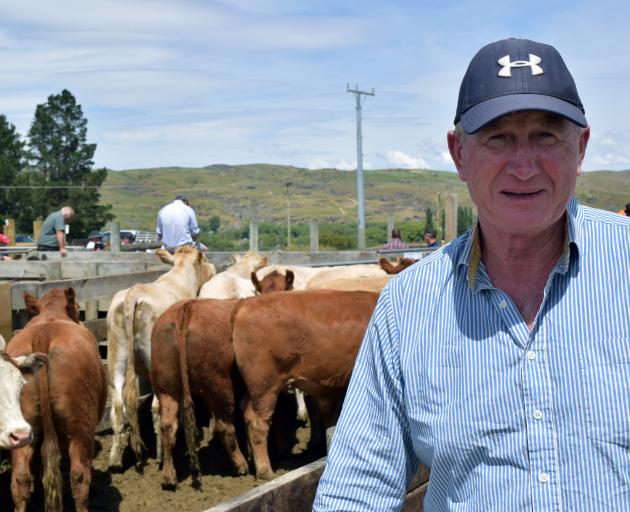 Central Park owner John O’Brien was pleased with his inaugural store cattle sale in Lauder.
The cattle were wintered on fodder beet and swedes.

The sale was held at this time of year because it was when the weather usually became drier and grass growth slowed.

He said the secret to getting a bobby calf ready for sale a year later was : "rain, grass and drench".

The start of spring was "cold and challenging" and featured snow but the weather in November had been warm, rain had fallen, grass had grown and "the cattle had put a lot of weight on".

"The season is shaping up to pretty bloody good — if this is global warming, I’ll take it."

Mr McAtamney’s son Wade stood beside his father on the cattle ramp as the auction ran. 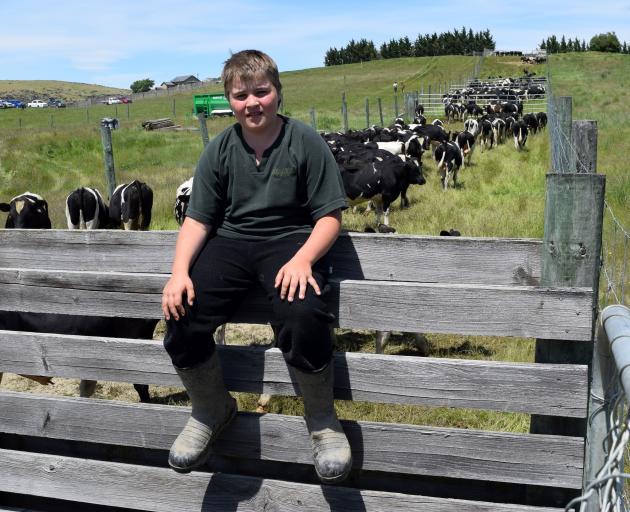 Wade McAtamney (11) sits on the gate at the entrance of his family farm Long Ridge before the sale.
The second on-farm sale was held at the 400ha Central Park, about 4km further north in Lauder.

After the sale, Central Park owner John O’Brien said the inaugural sale went well and fetched prices he was hoping for.

"No complaints in our corner."

He owned farms in Manawatu and had sales there and decided the time was right to hold a sale on one of his Central Otago properties.

"With Macca having a sale down the road I thought it was a good idea to line it up and draw a bigger crowd for both of us." 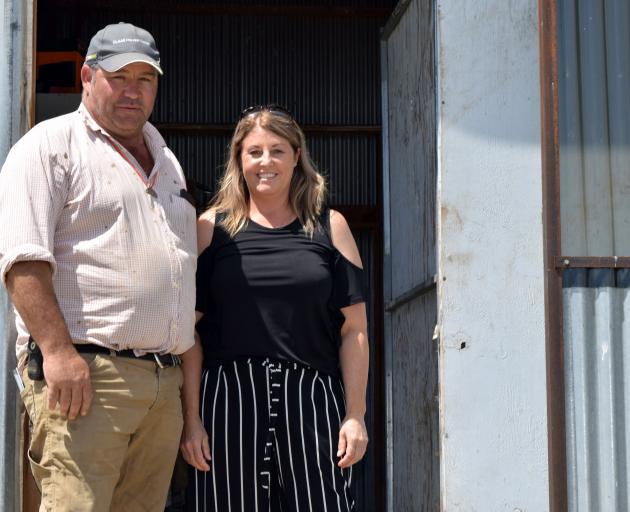 Long Ridge owners Geoff and Nicola McAtamney enjoyed a successful cattle sale on the farm in Central Otago.
Demand for store cattle was strong, he said.

Vendors were getting good results and buyers were paying prices allowing a margin to add value before sending them to meat companies, which were paying good prices for beef.

Confidence in the store cattle market had increased since grass had been growing and silage pits were being filled.

Both vendors at the sale presented their cattle in "magnificent order".

"They looked the part and they sold accordingly."