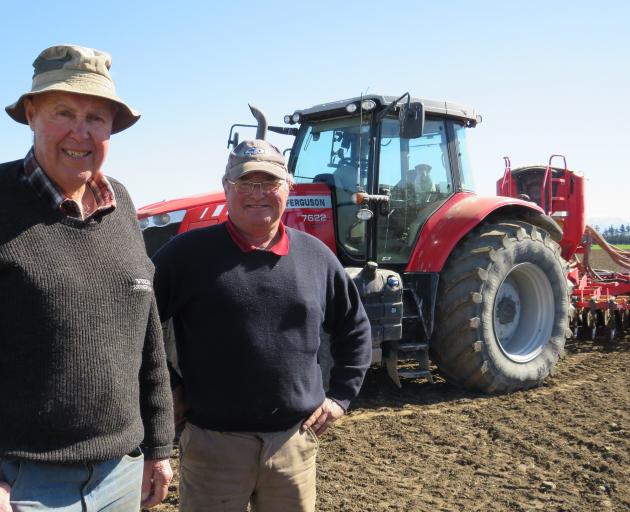 It had become too hard to continue planning for an event under the traffic light system and with Covid likely in the community.

Club chairman John Stewart said there were just too many unknowns to proceed and a decision had been made to postpone rather than cancel.

Members would sit back and see what transpired with the traffic light system and Covid in the community before deciding on a new date.

"It was a difficult but responsible decision to make with all the uncertainty surrounding the running of a public event," he said.

"We are grateful of the support from the community and sponsors, and also to host farmer Anthony Hampton for offering to host and for all the work and organising done to get his two paddocks available for the weekend event."

Event organisers met two weeks ago to discuss the organising requirements with the expected thousands of attendees across the two-day event, and last week at a special meeting with all club members it was put to a vote.

Club spokesman John Hall said there were a few who felt it could go ahead, but there were future costs to be spent and, right now, businesses involved needed certainty.

Plus the 40ha site would be too hard to police and with any Covid outbreak there might be no attendees anyway, he said.

"It’s sad really, but we had a vote and the majority [decided]," he explained.

Host farmer Anthony Hampton had timed the final sowing of wheat on his Lauriston farm to perfection with seven hectares of Viceroy wheat, used for milling, put in the ground mid-September for harvest as part of a display event during the rally.

The third-generation farmer was especially keen to host it as it was timed to celebrated the 175th anniversary of Massey. He is a huge Massey fan and has an impressive collection of Massey machinery and vintage tractors.

The Wheat and Wheels rally has been years in the planning with crop rotations on-farm managed so wheat — harvested by a range of machinery — was available for the harvest display, and to allow other paddocks to be available for use as a centre ring for parades, another display area, food and craft stalls and car parking.

Traction engines, military displays, vintage and classic tractors, cars and trucks were also due to be on display.

The last time the club ran the event was at Wakanui in 2016 and it drew in more than 6000 people over its two days and more than 800 entries covering a vast range of machinery.