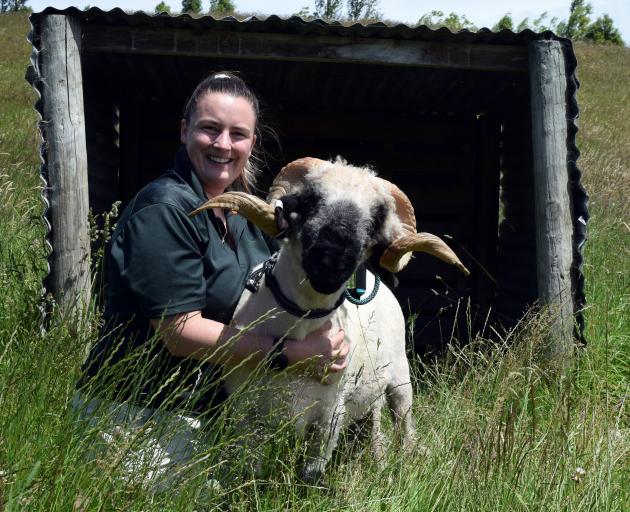 Woodland Farm owner Nikita Woodhead hugs her Valais blacknose stud ram Angus, who will appear at the Otago Taieri A&P Show in Mosgiel on Saturday. PHOTO: SHAWN MCAVINUE
The world’s cutest sheep or a face only a mother could love?

You can decide at the Otago Taieri A&P Show, in Mosgiel, on Saturday.

Woodland Farm owner Nikita Woodhead, of Mosgiel, said Valais blacknose were widely considered to be the cutest sheep breed in the world.

"When they are lambs and have a full fleece they look like big fluffy teddy bears, with a cute little face and horns poking out the sides."

Mrs Woodhead was set to show her purebred Valais blacknose stud ram Angus at the show.

Show patrons would be able to hug Angus, get photos with him and obtain more information on the "friendly" sheep breed.

The nearly 18-month-old ram was no stranger to A&P shows and won major ribbons at the South Otago A&P Show in November last year and the Tokomairiro A&P Show last month.

Before Angus was shorn this month he resembled an old English sheepdog.

"He looked like a big stack of hay because he was so massive and fluffy."

The shorn wool would be on display at the show. 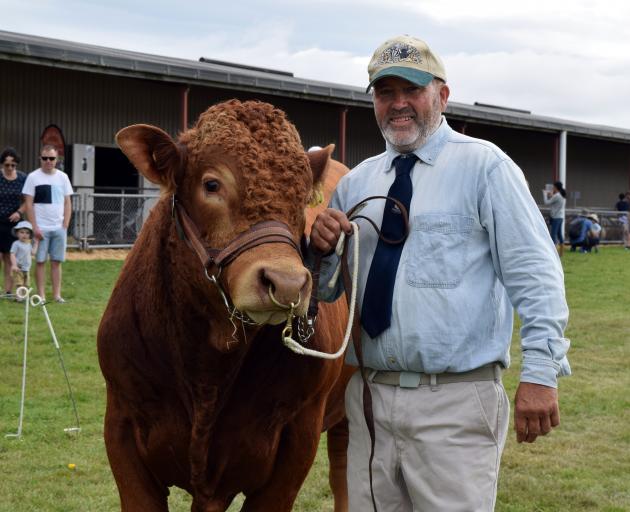 Otago Taieri A&P Society president Brian Thomson, of Allanton, said more cattle and horses had been entered in this year’s show compared to past years.

Cattle were banned from the show last year in a bid to reduce the risk of Mycoplasma bovis spreading.

The return of cattle, especially dairy cows, was important as it helped bridge the "rural-urban divide".

Some children lacked understanding on how milk was produced, Mr Thomson said.

At the show, patrons would be able to watch three cows being milked by machines.

Mr Thomson said the moment when a child watching a milking demonstration comprehended the origin of milk, the expressions on their face changed.

Other events at the show included a fox terrier race, a competition to guess the weight of a cow and her calf, equestrian events including a Clydesdale display, a baking competition, woodchopping, a digger demonstration, a truck display, sheep dog trials and children’s entertainment including a Lego display and a petting zoo.

Local farmers had given nearly 40 lambs to the society for the "paddock to plate" competition.

The lambs had been judged on farm and X-rayed at Silver Fern Farms Finegand plant to show bone-to-meat composition.

Legs of the six best lambs were returned to the society to cook on show day so judges could test them for taste, tenderness and carvability, to find an overall winner of a $1000 prize.

Farmers entered stock in the show to win ribbons and showcase the high levels of animal welfare in the primary industry, Mr Thomson said.

"We all love our animals."

Gates to the show open at 10am.