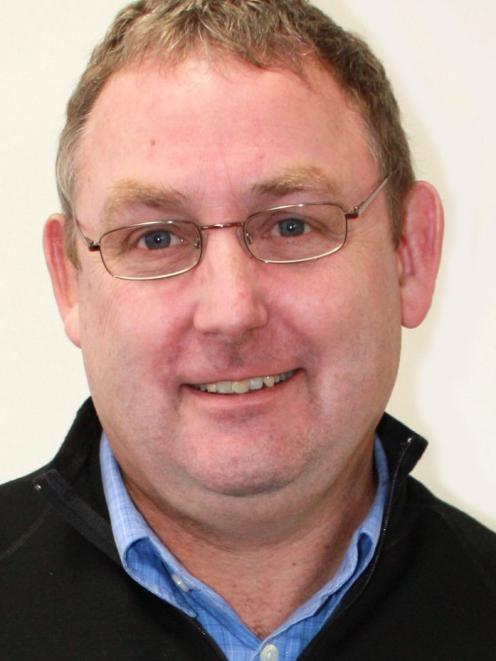 A new era of profitability is being heralded for mid-micron wool growers.

Despite mid-micron wool being labelled in the McKinsey report of 2000 as having a bleak future, the outlook is looking bright.

New Smartwool contracts have just been released at prices that had not been achieved before, the New Zealand Merino Company said.

South Otago farmer Stephen Jack, who has developed a dual-purpose sheep, described it as "exciting times" in the sheep industry.

Senior executives from VF Corporation, the United States-based $12billion parent company to both Smartwool and Icebreaker, recently visited New Zealand to refine the contract models for both brands.

Many NZM growers had existing contracts for Smartwool's sock programme, the next year of which would be priced at $22.50 for 23 micron.

"This is a five-year, $32million contract extension at prices that will give dairy a run for its money, particularly when combined with new Silere [meat] contracts," NZM's commercial manager Keith Ovens said.

Mr Jack attended a meeting with VF Corp representatives in Alexandra recently where the underlying theme was the company's desire to use more wool where possible.

The company was a "massive player", manufacturing 1.5 million garments daily, and wanted to move away from synthetic fibres, he said.

It was well over 20 years since growers received good prices for crossbred wool. Its main use was carpets and synthetic carpets had "out-competed us at every turn".

Consumers had voted with their feet and when farmers were buying synthetic carpets - "you're stuffed", he said.

He believed apparel wools had a huge future and hearing a company say that its biggest concern was getting enough wool was "just music to your ears".

Ewes, on average, were 25 micron and hoggets 23 micron, and the sheep seemed to be handling the South Otago environment "pretty well'.

The lambs were a bit slower growing but, on the plus side, he was getting 10 times as much for the wool.

Mr Jack first went to a meeting with VF Corp executives in Cromwell prior to Christmas last year and it was "by far" the most exciting meeting he had been involved with in the farming sector, he said.

Having a big company like that saying "we get it" about synthetic fibres and wanting to substantially increase its wool purchasing was exciting.

For those farmers with wool around the 36 micron range, it was a difficult place to be in. But if they could get the micron below 30, he believed a lot of opportunities would open up.

NZM said there were other brands in the VF portfolio that were considering transitioning to ZQ fibre over time.

That ZQ brand, developed by NZM, was launched in 2007 as the world's first ethical wool brand, proving the traceability and sustainability of the fibre.

Founded in 1899, VF Corp has a portfolio of well-known lifestyle brands including Vans, The North Face, Timberland, Wrangler and Lee.

In 2017, it bought Icebreaker, the clothing company founded by Jeremy Moon in 1995 that put New Zealand merino wool on the world stage.

NZM's production science team has been weighing up the profitability of mid-micron sheep that were able to meet both Smartwool and Silere specifications.

Modelling through Farmax and in conjunction with Dunedin-based farm consultant Simon Glennie, NZM's Monica Schwass said the Smartwool plus Silere option was ahead of dairy grazing when considering profitability on a basis of cents per kilogram of dry matter.

That type of modelling was a key output of NZM's sheep industry transformation project, a Ministry for Primary Industries primary growth partnership.

While that project finished in 2017, demonstrating the benefits of a multi-purpose animal and work to overcome barriers to breeding fine wool sheep continued at NZM.

"With more ZQ wool contracts in place, and now with meat contracts, we are seeing increased inquiry about breeding fine wool sheep.

"We'll be taking a very active approach to helping growers work through transition scenarios so that they can better match what we produce with end markets for fibre and meat in the future," Ms Schwass said.

NZM has contracts ranging from 14.5 and 15.5 micron to 29 micron Godfrey Hirst contracts available for merino and mid-micron growers.

Meanwhile, a new partnership with United Kingdom online grocery brand Ocado has resulted in Silere being launched direct to consumers in March.

Silere was originally established as a joint venture between NZM and Silver Fern Farms. Silver Fern Farms later withdrew from the venture and NZM announced a new partnership in 2016 with Alliance Group.

The requirement for year-round demand for that programme led to a new Silere contract being released at $7.10 for stock that met Silere specifications until the end of April, and then $7.20 to the end of June.