Farmers to make some noise throughout NZ 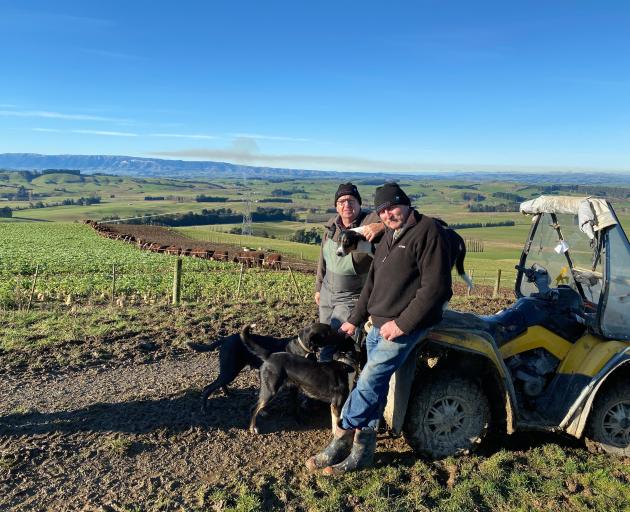 Groundswell NZ co-founders Bryce McKenzie (left) and Laurie Paterson are ready to attend A Howl of a Protest events in the South next week. PHOTO: SHAWN MCAVINUE
Downtown Gore is set to come alive with the sound of chugging tractors, buzzing planes and howling dogs as part of a nationwide protest against government regulations.

Groundswell NZ co-founder Bryce McKenzie, of West Otago, is inviting everyone to take their tractors, utes, topdressing planes and dogs to towns across New Zealand at noon next Friday to protest a range of new and proposed regulations.

The regulations included freshwater and winter grazing, significant natural areas, indigenous biodiversity and the "ute tax" — a new rebate scheme, which would place a fee on higher-emission vehicles, he said.

Events had so far been arranged in about 20 towns across New Zealand, including Alexandra, Gore, Invercargill, Mosgiel and Oamaru, and the northernmost protest site was Kerikeri.

A full list of the protest sites would be published next week.

The event was called "A Howl of a Protest" because participants were encouraged to bring their dogs to make some noise.

After the fleet arrived in each town at noon, a protest co-ordinator would read the same statement at 12.15pm and the dogs would howl at 12.30pm.

In a show of support to rural communities, protesters were urged to spend some money in town.

"Go have a meal or buy a gift for your worker, or partner, whoever, just spend a bit of money in a appreciation of the town people."

Mr McKenzie expected more tractors for this protest, but the main objective of the event was not the biggest tractor fleet, but to give a voice to the people.

"We’ll be happy if people get a chance to let their feelings out, even by walking. It doesn’t worry us how they get there."