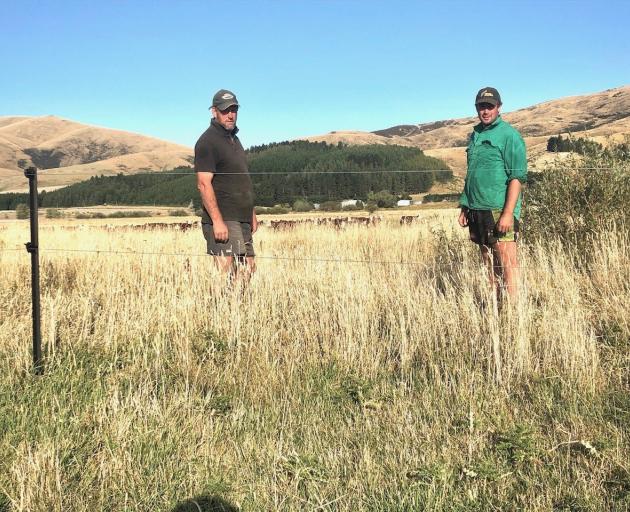 The Federated Farmers high country chairman would like central government and the Department of Conservation (Doc) to work alongside farmers instead of imposing "unworkable" regulations.

Pastoral lease submissions were due by late November, while proposed regulations around freshwater and biodiversity would take away "our opportunity to develop".

"The whole freshwater policy is unworkable. If they had a plan they wouldn’t be going back all the time to rejig it," Mr Stokes said.

Under the proposed low slope maps prepared for the new stock exclusion rules, he said 80% of his 2500ha Lees Valley property, near Oxford, was considered to be "under the low slope, which isn’t quite correct".

"We are looking at probably 40% [low slope]. The rest is high country and that’s the way we’ve farmed it — not too intensive."

The recent Ohau fires were an example of where farmers felt their concerns, around "fuel loading", were being ignored.

But Mr Stokes was hopeful Doc, Fire and Emergency New Zealand, Land Information New Zealand and Federated Farmers would soon be meeting "in the same room so we can get a plan together".

"We want something in place in the next couple of weeks and I think Doc do as well. It’s not great publicity for them."

Mr Stokes and wife Julie own a 2500ha farm at Lees Valley, which is run by a manager, Tim Sowman, and properties at Oxford and Amberley.

There were two full time staff at Lees Valley and "we bounce around in between and muck in with the baling and tractor work", he said.

"It’s a breeding unit, with pretty much all young stock finished — 40% are finished at Lees Valley and the rest are sent to our blocks at Oxford and Amberley."

The Stokes family’s Richon Partnership farms 8000 stock units of Perendale sheep and Hereford cattle, with low stocking rates at Lees Valley and "we’ve farmed like that for 100 years".

"We are third generation. My grandfather bought it and my father was there for 50 years and we took it over in 1995 and farmed it in partnership with my parents until they retired into Oxford about five or six years ago."

The Perendales have been lambing at 140% and it has been a mixed spring so far, he said.

"The weather has been pretty good on the whole, but it’s been a funny old spring and it’s starting to get a bit dry. It’s bit like North Canterbury of old with the northwesterlies.

"We just need a bit more moisture and plenty of sun."

The Richon and Beechwood studs held two sales a year in partnership for yearling and 2-year-old bulls.

While the sale in June was reasonably successful, Mr Stokes said last month’s sale was a "struggle".

"We didn’t have the interest we normally have, but we will sell them privately and hopefully get them off the farm in November."