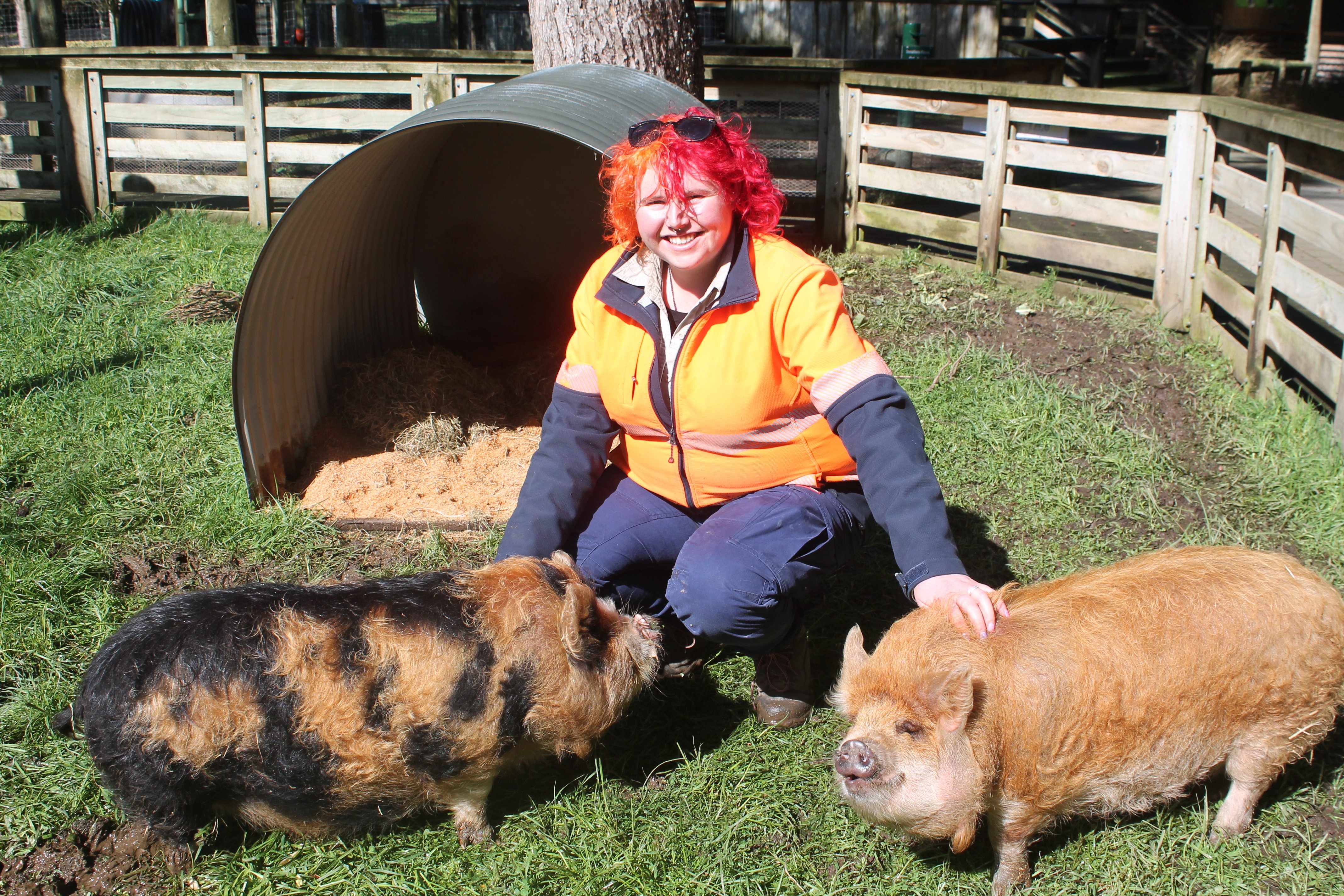 Pigs are sociable animals and like to have friends, so it is great to have the new additions to the pet zoo at Queens Park, Jessey Mackey says. PHOTO: LUISA GIRAO
Invercargill has two new residents which are already snorting their way into the hearts of locals.

The kunekune pigs Maui and Tutanekai, from Kennington, arrived at Queens Park last Friday, to the delight of families and children.

Living species officer Jessey Mackey said the charismatic 7-month-old pigs had already caught the attention of many during their first weekend in their new home.

Ms Mackey had been looking for a kunekune pair since last year to provide company for Nelly, who lost her friend Jasmine last year.

"We have an older girl who lost her friend last year so we’ve been looking for friends for her to introduce them.

"They will be separated for about two more weeks and then I will move them to a big section so they can meet through the fence. Hopefully, everything works well, and they can be all together soon."

Pigs were sociable animals and liked to have friends, so it was great to have those two new additions to the pet zoo at Queens Park, she said.