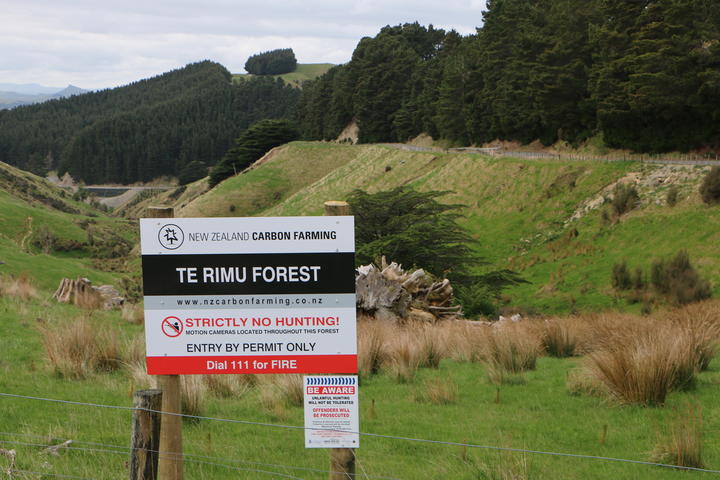 Last week, RNZ revealed that the four largest private landowners in New Zealand are all foreign-owned forestry companies, based on an analysis of Land Information data.

Today, we reveal the top 50 private landowners in New Zealand, who own over a million hectares of land between them. New Zealand's total land area is 26.8m ha.

Nineteen of the individuals or entities on the list are overseas-based owners.

At least 28 percent of New Zealand's land is in Crown or other public ownership, while iwi and other Māori land-holding entities own about 7 percent. We have compiled a list of the top five public landowners, not including the Crown, and the top five Māori landholdings.

1. Taumata Plantations Limited (101,854 hectares): Taumata Plantations purchased the former Carter Holt Harvey forests and has kept a significant majority of the land, recently on-selling some of it to New Zealand companies. The company is ultimately owned by several overseas investment funds and banks. The largest shareholder is Manulife, a major Canada insurance company.

2. Tiong family (77,686 hectares): The Malaysia-based, family-owned Tiong Group own forestry, media and property assets around the world. Their land holdings in New Zealand include the Ernslaw One forests, New Zealand King Salmon, and land owned by their property and land development company, The Neil Group.

3. New Forests Asset Management (77,465 hectares): New Forests is an Australia-based assets management company that operates several investment funds in New Zealand, owned by several subsidiaries. It has amassed its forestry land portfolio in less than four years, starting with purchases in the Wairarapa in 2016. An Overseas Investment Office investigation into one subsidiary's purchases resulted in a formal warning, an $80,000 charity donation and $20,000 in costs.

4. Matariki Forests (73,509 hectares): Another forestry company, three-quarter-owned by the US-based Rayonier. The remaining quarter of the company's shareholding is owned by an Australian-registered company, Waimarie Forests Pty Limited.

6. Michael Spencer (35,942 hectares): Part of the wider Spencer family, one of New Zealand's wealthiest families. Spencer's properties include Lochinver Station, which he bought after a highly-publicised bid from a Chinese company, Shanghai Pengxin, was rejected by the government.

9. New Zealand Carbon Farming (28,365 hectares): Ultimate holding company with more than a dozen subsidiary companies. The joint shareholders include managing director Matt Walsh and another director, Bruce Miller. The company describes its core business as a supplier of bulk carbon credits to large energy and oil companies. It has recently purchased and planted radiata pine trees on several large former farms in the Tararua district.

10. Wairakei Pastoral Limited (27,634 hectares): Owned by Auckland rich-listers Trevor Farmer, Ross Green and Mark Wyborn. The company's major land-holding is a 26,000ha farm near Taupō. About half of the property is leased to Landcorp.

13. Sumitomo Forestry Company (25461 hectares): Japanese forestry giant, part of the Sumitomo group. Most of the company's New Zealand land is in Nelson and Tasman.

24. Christian church (14,694 hectares): Combined land-holdings of all Christian denominations, including the Christian-owned company Trinity Lands Limited, which owns 6400ha of farming and horticulture land, and Gloriavale, which owns about 2400ha through its tax-exempt charity, Christian Church Community Trust.

25. Henry and Melody Matthews (14676 hectares): Own and farm land in south Taranaki, including Makowhai Station, which the Matthews family has farmed for more than a century.

27. Murray family (13662 hectares): Richard and Susan Murray own Bluff Station near Kekerengu, inland from the Kaikōura coast. Their farm was among properties and land damaged in the 2016 earthquake,

29. Lees Valley Station, LLC (13114 hectares): The US company purchased Mt Pember Station, one of New Zealand's largest sheep and beef farms, for $30m in 2013 and converted it to dairy. RNZ was unable to determine the ultimate owners of the US company.

32. Juken New Zealand Limited (12435 hectares): Owned by Japanese forestry company WoodOne. Juken's forests are in the Wairarapa and near Gisborne, where it owns a mill.

34. Jenny and Johan Klisser (11907 hectares): The founders of Vogel's bread own Haldon Station in the Mackenzie Country.

35. Mount Linton Station Limited (11905 hectares): Ownership of this Southland farming stations is split between Auckland rich-listers Rolf and Peter Masfen, and the McGregor family, who were the original owners of the land and still actively farm it. 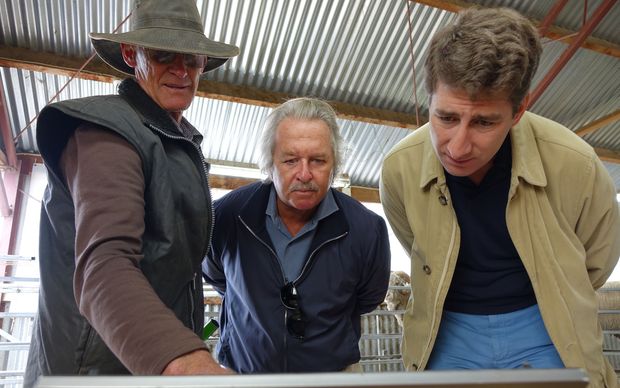 38. Urquhart family (10801 hectares): Mark and Sherie own and farm Grays Hills Station in the Mackenzie Basin.

39. Annabelle and Richard Subtil (10789 hectares): Own and farm Omarama Station, on the Canterbury side of the Lindis Pass. The station has been in Annabelle's family for a century.

Andrew Hore
40. Andrew Hore (10045 hectares): The former All Black owns and farms the family station, Stonehenge, in the Maniototo.

41. NZ Super Fund (9882 hectares): Among its many other investments, the government's superannuation fund owns multiple rural properties, concentrated in Southland, Canterbury and Waikato.

43. Purvis family (9734 hectares): Five generations of the Purvis family have owned and farmed Cluden Station, including former All Black Neil Purvis, who died in 2008. A fire in 2016 destroyed the farm's historic homestead.

50. Douglas Robert McIntyre (8964 hectares): Owns farmland in the Mackenzie district, which he converted to dairy through the controversial Benmore irrigation scheme.

The following list does not include the Crown, which RNZ's analysis found owns at least 6.3 million ha.

University of Canterbury (40302 hectares): The university owns farm and research field stations across the South Island.

Ngāi Tūhoe (243495 hectares): This includes about 209,000ha that were formally Te Urewera National Park. The iwi's settlement with the Crown in 2013 gave Te Urewera legal personhood, with a trust board made up of iwi and government representatives to act in the interests of the land.

Ngāti Tūwharetoa (113414 hectares): The iwi's multiple trusts own forest and other land in the central North Island. The iwi also owns the bed of Lake Taupō but RNZ has excluded bodies of water and the underlying land from this analysis.

Ngāi Tahu (102,136 hectares): One of the first iwi to settle with the Crown, Ngāi Tahu is the largest landowner in the South Island after the Crown. The iwi still only owns a fraction of the 14m ha it once controlled.

Proprietors of Mangatu Blocks (44663 hectares): A mixture of iwi based in Tairāwhiti on the east coast of the North Island, covering about 3000 shareholders. The land includes 15,000ha of native forest, some exotic forest, farmland, and vineyards.

How RNZ analysed the data

The figures in the list above have been compiled using Land Information New Zealand data and may not account for some land transfers that have not been documented in LINZ's database.

Ownership has been aggregated by the ultimate owner wherever possible - for example, if an individual owns land in their own name, and also via companies they own or co-own (with at least a 50 percent shareholding), that land has been aggregated under a single name, iwi, or entity.

RNZ carried out extensive cross-checking, using the Companies Office website and other resources, to verify the identities of individuals and entities, and ensure individuals with similar names did not have their land-holdings aggregated by mistake.

To determine whether land was publicly-owned, RNZ aggregated any land where the ownership title was in the name of a public entity (the government, public schools, councils, council-owned organisations and so on). Where there was no ownership title, RNZ followed a similar methodology to one developed by Auckland Council researchers last year.

Bodies of water and roads have been excluded from the database, along with leasehold titles.