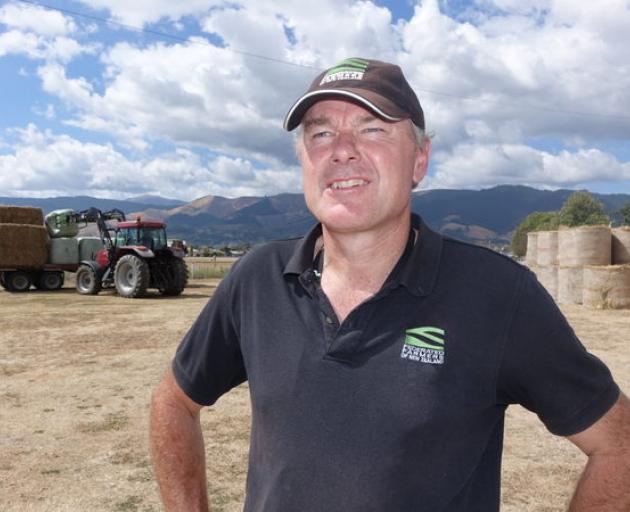 Harry Matthews of Federated Farmers at the Richmond Showgrounds. Photo: RNZ
Truckloads of hay are being donated by Canterbury farmers to help those affected by the Tasman fire.

Federated farmers co-ordinator, Harry Matthews, said some people had lost huge amounts of pasture in the blaze and would be worried about feed for their stock.

He said farmers from other regions had donated hundreds of hay bales, to help support them.

"Several of the farms have sort of lost everything in the fire, so they got nothing left, so this feed will see them through for the next while anyway," he said.

Mr Matthews said about nine truckloads of feed was going to be transported to Nelson's A&P Showgrounds over the next week, with the first load from Canterbury having arrived this morning.

"Obviously it has all got to be coordinated to arrive at the best time, and it'll probably just all be [kept] here at the showgrounds, at the moment anyway," he said.

Mr Matthews said a distribution plan for the hay was still being worked out.

"It'll obviously go to the worst affected farmers first of all, and then it will go on down the line," he said.

While most of the feed was coming from Canterbury, one truckload was also being sent from the West Coast.

"It was a good season [for farmers] up till Christmas, with plenty of excess feed, so there is a wee bit to spare ... so it's coming up here," he said.