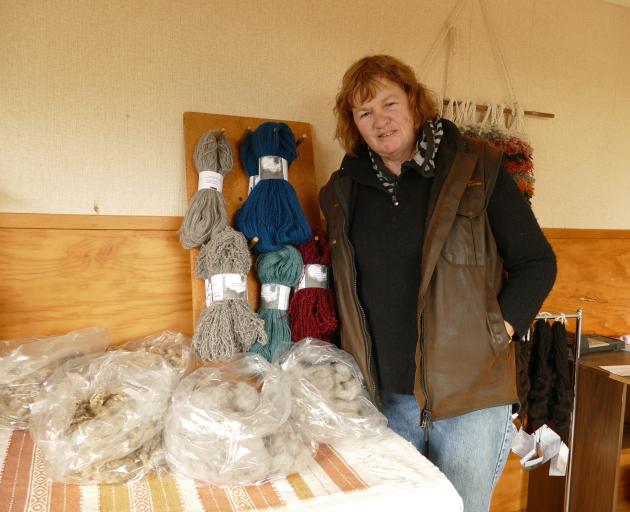 The market for the fibre from Janette Buckingham's flock stretches throughout New Zealand and overseas, including into the lucrative Japanese market. Photos: Ken Muir
An interest in spinning and fibre has grown for Waikawa Valley farmer Janette Buckingham into an enterprise producing fibre for the craft sector from llamas, guanacos (a close relative of the llama) and especially Gotland Pelt sheep.

''My interest in spinning led me to weaving, although at that stage my focus was on wool, as it was the only fibre I knew,'' Mrs Buckingham said.

At that stage, they were very expensive, with top animals fetching up to $40,000. As a result she started off with llama/guanaco cross animals which were cheaper to buy.

''I just wanted some of my own fibre running round the paddock,'' she said. 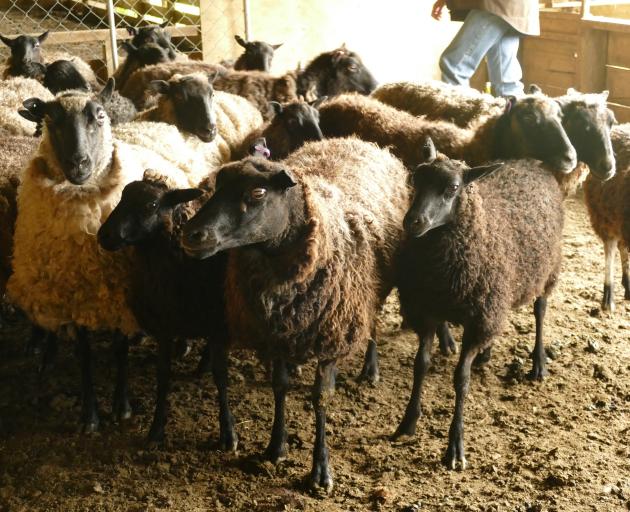 The market for the fibre from Janette Buckingham’s flock stretches throughout New Zealand and overseas, including into the lucrative Japanese market.
''I had experimented with llama fibre although the disadvantage of the guanaco was that it only came in one colour.''

Mrs Buckingham said she started out with a llama/guanaco purchase from the AgResearch farm at Tara Hills where she was able to choose her own animals based on their colour.

''I didn't have a five-year plan, things just evolved,'' she said. ''But as a craftsperson I had an idea of how the fibre should be presented and the idea is to offer as many colours as possible.''

Mrs Buckingham said the Gotland Pelt came to New Zealand in the 1980s and originated on the large Baltic island of Gotland, which is part of Sweden.

It was kept almost entirely for its fleece which is extremely soft, silvery-grey, and curly.

''In the 1990s we heard about the importation of some exotic sheep breeds into the country and these included the Gotlands and we started out with four ewes and a ram.

''It was very much trial and error when we started, as we worked out issues such as when was the best time to shear the sheep,'' she said.

Mrs Buckingham said there seemed to be worldwide interest in Gotland fibre and she sold her product into Japan via an agent in the North Island.

The customers seem to like the particular grey colour of the Gotland as well as the versatility of the fibre, she said.

''As well as being good for felting, the fibre is also suited to spinning, knitting and weaving.''

Mrs Buckingham said she had more or less stuck to her own lines when it came to breeding.

She said they had brought in the odd ram but the problem was that there was no easy way of working out the quality of outside sires.

''The Gotland has a high twinning rate but we've always kept the numbers at a certain level,'' she said.

''While they are relatively easy care, they can have foot problems.''

Mrs Buckingham said she is happy with the level of production she has at present.

Besides shipping fibre overseas and throughout New Zealand, she also has clients come directly to her property which is next to the Southern Scenic route.