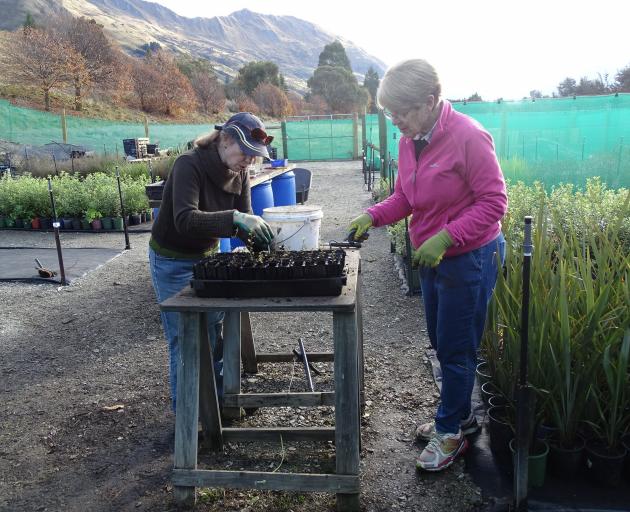 Volunteers Louise Hargreaves and Barbara Ladyman (right) removing weeds from around beech saplings grown during the weeks of the Covid-19 lockdown at the Te Kakano nursery. Photo: Kerrie Waterworth
The quality of water entering lakes, rivers and streams from farms in the Upper Clutha catchment is improving due to the thousands of natives planted around waterways on those farms. One of the nurseries supplying the plants is Wanaka’s Te Kakano Aotearoa Trust nursery. Kerrie Waterworth reports.

On the Tuesday afternoon I visited, it was one of the two nursery volunteer afternoons held each week during winter, and only the second since the nursery reopened following the Covid-19 lockdown/restriction periods.

The nursery had recently undergone an expansion and it was a hive of activity as volunteers shifted plants into the new area, repotting and weeding.

Kris Vollebregt was a longtime volunteer before she took over as nursery manager in January.

It coincided with a doubling of the size of the nursery just before the Covid-19 crisis struck. 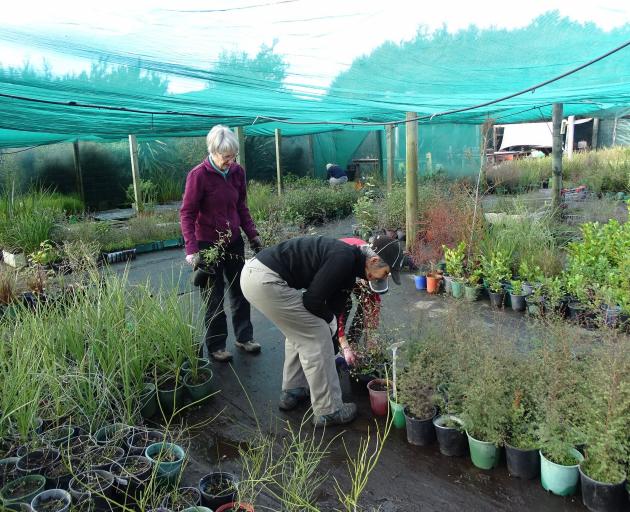 ‘‘There were an estimated 13,000 plants in a small area.’’ Covid -19 had meant a restriction on the numbers of volunteers and their planting schedule has been delayed, ‘‘but we will cope with it,’’ she said.

Te Kakano Aotearoa Trust is a Wanaka community-based native plant nursery that has specialised in propagating local plants and using the plants for localised nativehabitat restoration.

Support from the Sargood Bequest enabled the trust to establish the 1200sq m nursery on land belonging to Jill and John Blennerhassett, who generously granted the trust a rent-free licence for the nursery site.

Since the trust was established in 2007, 44 species of native plants have been propagated at the nursery, 15,000 natives grown and nearly 10,000 hours of volunteer time recorded in the nursery and at planting sites around tracks, trails and reserves in the Upper Clutha.

Ms Vollebregt said they had a pool of from 50 to 100 volunteers, who worked in the nursery, attended weekend planting sessions, or both. Karl Hilary, of Wanaka, is a recently unemployed aircraft engineer and a regular volunteer at the nursery. A keen mountain biker, he said he enjoyed planting and making a difference around the bike tracks.

‘‘Seeing that we have changed the environment back to the way it should have been. ‘‘It is wonderful the legacy that is being created here,’’ he said. Barbara Ladyman is a regular volunteer every Tuesday afternoon and sometimes on Wednesdays. ‘‘I have learned so much about natives that I didn’t know.’’ 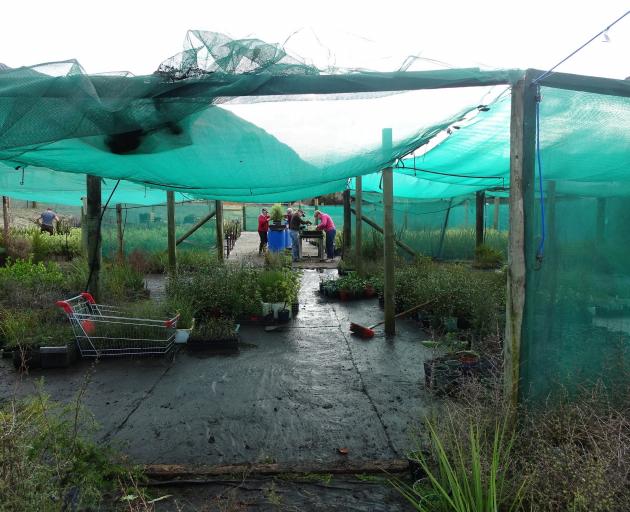 Jane Forsyth started volunteering in 2014 and recently returned after a year off due to a clash with a yoga class.

‘‘They have opened up this whole new area and it is fantastic.

‘‘We were rather crammed for space so it has improved it mightily and, of course, it gives the extra space for people to do their social distancing,’’ Ms Forsyth said.
Ms Vollebregt said pollen studies conducted around the Upper Clutha provided information on what native plants grew in the area.

‘‘We can see a ratio of what was here before humans arrived, given that the climate has changed the environment, but we are trying to put things back into the environment in a similar sort of ratio,’’ she said.

In May and September last year, the Te Kakano nursery supplied hundreds of native plants and trust volunteers planted them on wetlands beside Wishbone Falls on Mt Aspiring station.

Owner and high country farmer Randall Aspinall said he had done ‘‘a bit of planting in different areas around the farm and didn’t have a good success rate’’, with quite a few plant losses.

Having Te Kakano-grown nursery plants and dealing with former nursery manager Andrew Penniket, with the assistance of Arne Cleland, made sure ‘‘we got the right plants and did it right at the right time,’’ he said. 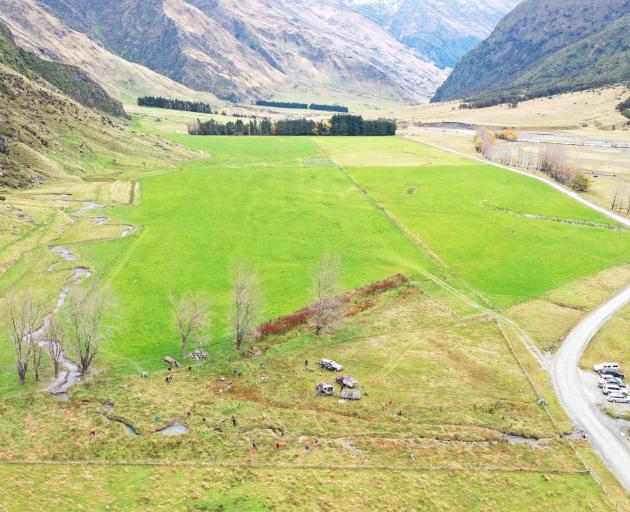 Through his advocacy work with groups such as the Wanaka Catchment group, the Upper Clutha Lakes Trust and the Wanaka Action Initiative, Mr Aspinall has spoken to dozens of farmers about restoring or creating wetlands on their farms.

‘‘I don’t think I have ever come across someone who is not receptive to it and aware that it probably would be a good thing to do, but it is the next step.

‘‘Some people have sites in mind and are ready todo it, and there are others that are receptive to it but it is not high enough in their priority list at this stage to actually do it,’’ Mr Aspinall said.

‘‘So, it is about making it easy for them and trying to work away at it so it will move up the farmer’s priorities.

‘‘The more and more it becomes more normal, the more farmers are going to look at it and think ‘yep, they’ve done it, maybe we should do it’,’’ Mr Aspinall said.

Te Kakano Trust was one of the main drivers behind the Upper Clutha Lakes Trust applying for and receiving a $385,000 grant from the Government’s 10-year $100 million Freshwater Improvement Fund for riparian planting.

Planting natives along the edges of lakes, rivers, streams, groundwater and wetlands filters out sediment and nutrients like a sieve or kidney. 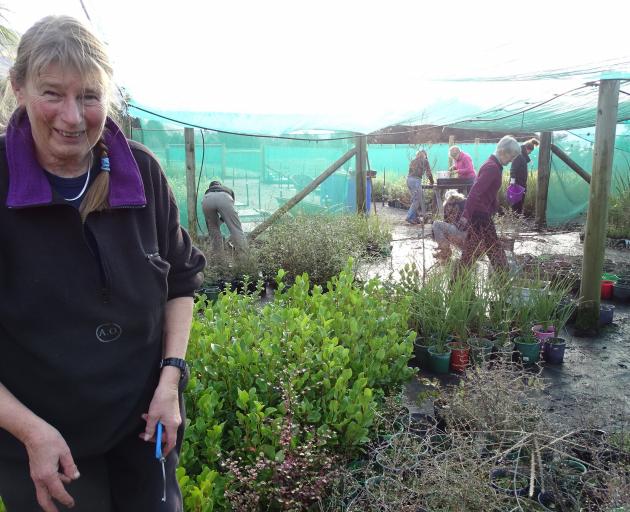 Other benefits of riparian planting include controlling flood flows (reducing peaks and prolonging flows), increasing oxygen levels in the water, increasing water clarity, maintaining stream channel shape and structure and improving the ecological quality and biodiversity in both the water (aquatic) and land (terrestrial) environments.

‘‘We are really lucky to have such a community-based nursery, as all of our main tracks around the lake and where people like to walk were from Te kakano plantings.

‘‘You can attribute a lot of the bird life that people have been raving about during lockdown to having a lot of native plantings around our urban areas,’’ she said.