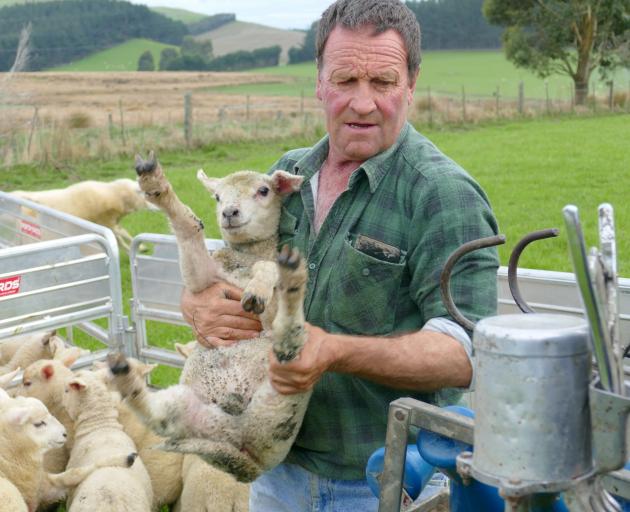 Clinton Lions member Michael Morris, of Kuriwao, hoists a lamb into the tailing chute. PHOTO: RICHARD DAVISON
The Covid-19 pandemic and resultant nationwide lockdown earlier this year had widely contrasting effects on urban and rural communities, but left none entirely untouched. One unforeseen aspect of lockdown for the Clinton area of South Otago was a forced reduction in fundraising activity, but the district’s Lions service group has recently redoubled its efforts in an attempt to boost its community coffers. Richard Davison finds out more.

The South’s rural communities are inclined to be a charitably-minded lot.

For years now, apparently sleepy rural retreats from Oturehua to Oban have been punching above their weight in terms of community contributions to good causes of all shades and sizes.

One such township is Clinton in South Otago, which for many years has generated upwards of $100,000 each year through several projects.

The group that can take credit for boosting the balance of so many local and regional non-profits is the Clinton Lions, aided and abetted in some of its work by Clinton Young Farmers.

Earlier this month, longstanding Lion and past president Drew Pennycook hosted a tailing drive on his Slopedown farm, where he runs 4000 Perendale ewes on a mix of flat, lush green pasture, and picturesque tussock hill country.

He said members were relieved the drive had been able to go ahead, after the club’s other big fundraiser, an annual brassica competition, had to be cancelled due to Covid-19 earlier this year. 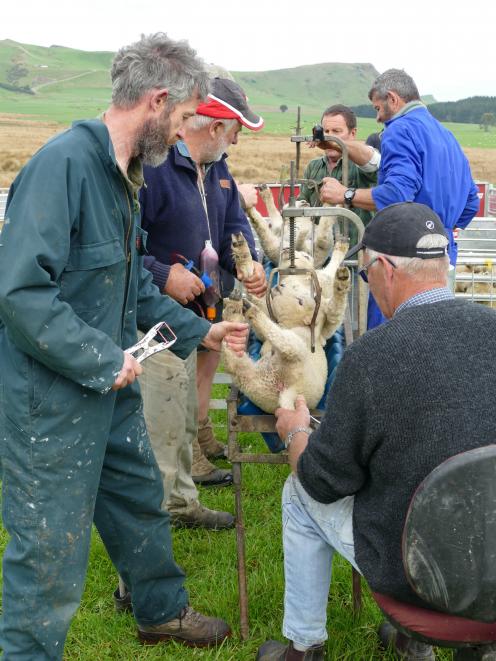 The Clinton Lions tailing drive team operate as a finely tuned machine to raise money for local good causes. PHOTO: RICHARD DAVISON
‘‘We’ve taken a bit of a dent to the coffers this year, obviously, but that doesn’t mean you stop in your tracks,’’ he said.

‘‘It didn’t feel appropriate to approach sponsors given we didn’t know what the longer term held for businesses, or anyone else for that matter, so we pulled the plug in March.

‘‘But as Lions, you aim to help out your community and other good causes benefiting the wider region, and fundraising is one of the main ways we do that.’’

The brassica competition attracted about 100 entries each June, he said.

Entry fees and an auction generously supported by product and service donations from local businesses typically generated about $90,000 for the club to disburse.

Of that sum, about half went to the Otago Rescue Helicopter, and smaller portions to local St John, and organisations such as the Otago Community Hospice and Christchurch cancer support facility, Ranui House.

Grants were also made to local schools and community organisations, Clinton Primary School receiving funding towards resurfacing its tennis courts, for example.

In a move to plug some of that shortfall this year, the club had held a lamb drive instead, he said.

‘‘We had to adapt a wee bit this year, but we were well supported by local farmers as always, and the freezer works also worked to fit us in. 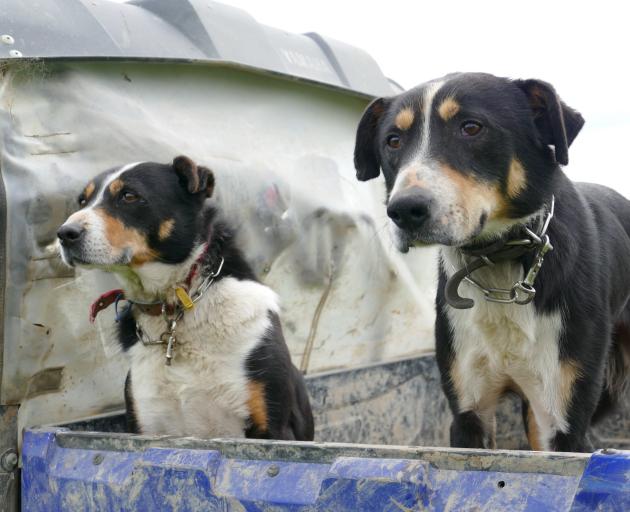 Dogs await the call to action during the tailing drive. Photo: Richard Davison

The tailing drive was another major annual fundraiser for the club and, about three years ago, the Lions had voted to bring in local Young Farmers to provide some extra muscle.

‘‘That number began to drop due to a few tired backs in recent years, so we’re very pleased now to have a few Young Farmers on board.’’

He said many of the goals of the clubs sat in natural alignment.

‘‘Working together on projects like the tailing maybe opens the door to some of the older Young Farmers to progress from that club when they become too old to be members, and Lions is a good next step.

‘‘Projects like this, it’s just a matter of getting stuck in and getting the job done, and this community has always come together well like that.

‘‘You could probably say that for most rural communities, mind you.’’

He said the tailing drive was expected to raise about $20,000 this year. 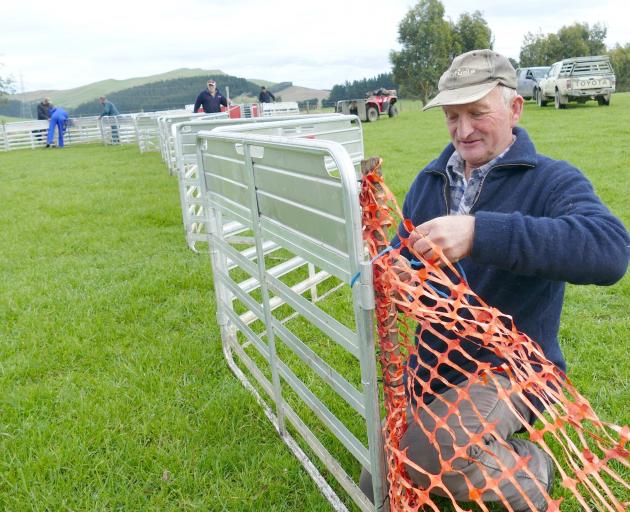 As well as boosting reserves, a good portion of the money was earmarked for the club’s annual scholarship programme.

‘‘We grant up to six scholarships to local residents each year.

‘‘Anybody local doing some sort of tertiary study can apply. It’s another way to give the local community a leg up.’’

Mr Pennycook said he hoped New Zealand had seen the worst of Covid-19, and that in due time, normal life could resume elsewhere around the world.

‘‘From a farming activity point of view, lockdown was business as usual.

‘‘The biggest difference is farmers couldn’t get off farm which, as we know nowadays, is important for mental health.

However, he commiserated with the world’s city dwellers.

‘‘I couldn’t imagine being cooped up in an apartment with family for four weeks, so I know we’ve been very lucky out here.

‘‘But I still see a lot of negative effects for people — town and country — on the horizon.’’

In the meantime, little was likely to stop the good folk of Clinton continuing to do their bit.

‘‘We’ll be back with the brassica and lambs next year, no doubt.’’