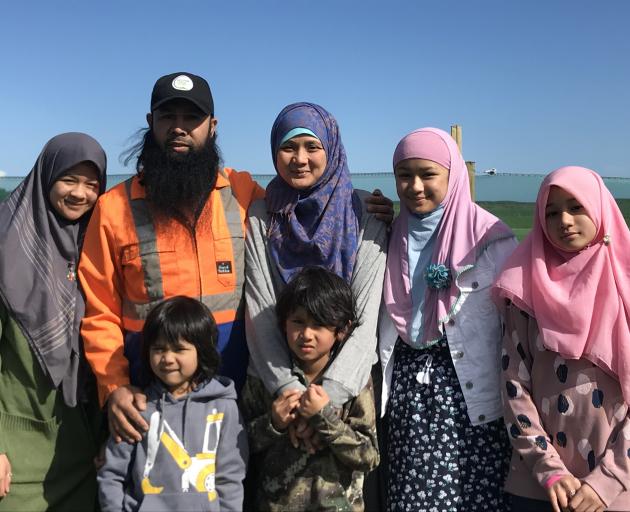 Diversity in Southland’s farming community may not be seen as one of the region’s strengths, but one dairy farmer has found a bountiful existence in these lands.

Reza Abdul-Jabbar has many roles in his life — the only Muslim dairy farm owner in New Zealand, an Imam (Islamic leadership position) of the world’s southernmost mosque, and the face of Fonterra and the Department of Conservation’s Living Water project

However, none of these titles defines him, he says.

Mr Abdul-Jabbar is a man with a belief.

‘‘For me, our values and beliefs are the most important things in life. We love to farm, but the farm doesn’t define us. We are a family first and we fear God wherever we are.’’ 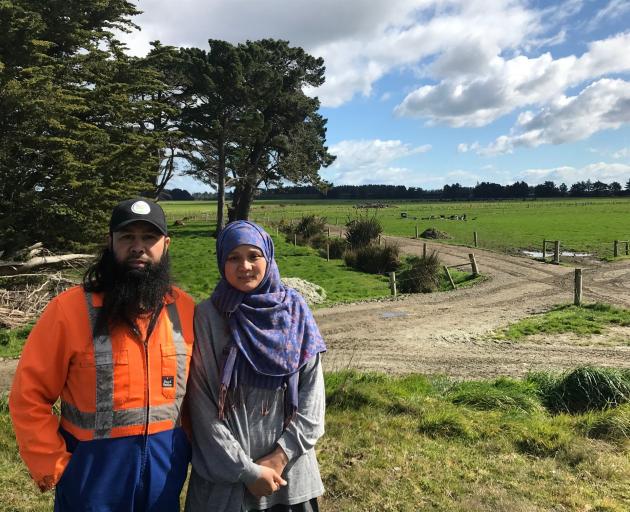 Born and raised in Borneo in Indonesia, Mr Abdul-Jabbar grew up surrounded by animals and knew he wanted to be a farmer from a young age.

‘‘I grew up around deers, birds and orangutans . . . They were like brothers and sisters to me. I always loved animals so if I could work with them, that was a bonus.’’

At 17, he decided to move to New Zealand to pursue his attraction to the country’s farming industry.

He completed a master’s degree in agricultural science at Massey University, in Palmerston North.

While he was studying, he met another love of his life — Silvia, an Indonesian accountancy student who was the daughter of a diplomat.

She was impressed with her husband from the first moment she saw him.

‘‘He was quite unique. I had never met someone like him, he was so determined and passionate at such a young age. He inspired me.’’ 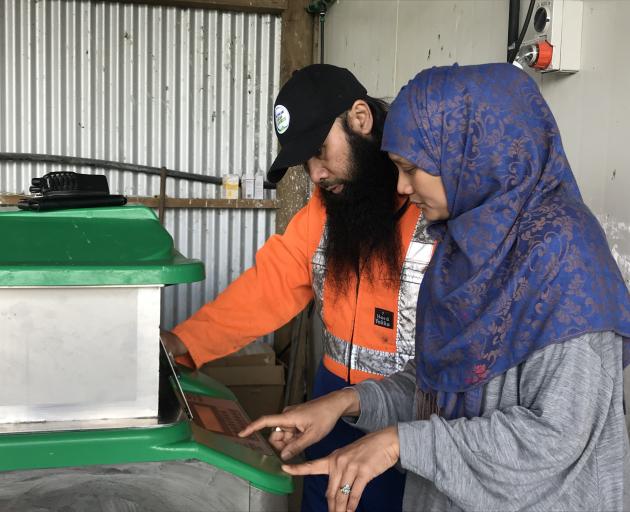 Sylvia Abdul-Jabbar says her husband, Reza Abdul-Jabbar, taught her to love farming. Photo: Luisa Girao
Mr Abdul-Jabbar was later introduced to his future wife’s family, but they waited until they had completed their studies and he had found a permanent job before becoming married.

After becoming an assistant manager on a 750-cow dairy farm near Hamilton, Mr Abdul-Jabbar proposed to Silvia.

They married in Indonesia and, upon returning to New Zealand, the self-described ‘‘city girl’’ grew to share the same passion as her husband.

‘‘He taught me everything that I know,’’ she said.

Following their dream, they began raising a family and looking for farming opportunities.

They sharemilked in Rotorua and then Winton before finally being able to buy two farms with 650 calves on each.

‘‘I can’t describe the feeling when we got here [their farm]. I was speechless. Our dream had finally come true. I wanted to kiss our piece of land,’’ Mrs Abdul-Jabbar said.

Eventually, it became a ‘‘family business’’ in which everyone did their part. 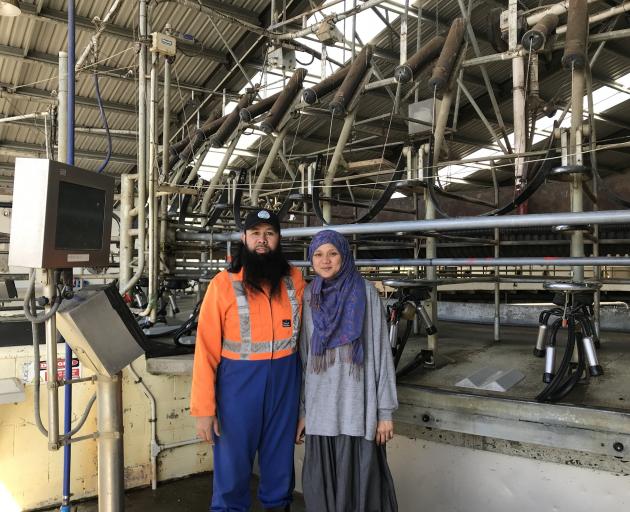 Reza and Silvia Abdul-Jabbar own two dairy farms and three run-off blocks near Waituna Lagoon. Photo: Luisa Girao
‘‘It’s a team effort. We work as a family and we share our dreams,’’ Mr Abdul-Jabbar said.

The best thing about working with her husband was being able to spend more time as a family.

‘‘We have lunch together every day. I feel lucky to be able to have this,’’ she said.

Mr Abdul-Jabbar believed contact with the animals and the farm lifestyle would help build their children’s character.

‘‘Kids are watching too much TV and playing too many games. Here, they can get their hands dirty, learn to enjoy themselves and respect the environment.’’

A family built on faith

One of the most important values for the Abdul-Jabbar family was their faith.

When they first arrived in Southland, there was no mosque. 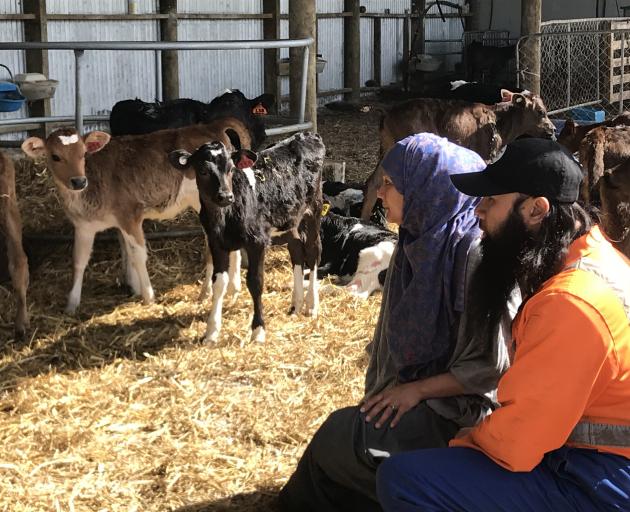 Sylvia Abdul-Jabbar says her husband, Reza Abdul-Jabbar, taught her to love farming. Photo: Luisa Girao
They were involved in founding the Southland Muslim Association in Invercargill, a group built for the increasing Islamic population in the region.

The association bought a small industrial building in Hawthorndale and converted it into a mosque at which he became the Imam.

On Fridays, Mr Abdul-Jabbar jumps on his motorbike and heads to the mosque where he preaches to about 100 families.

‘‘The religion teaches us to be kind to all creation and do things with excellence.’’

The values taught in the mosque were transferred to their farm, he said.

‘‘We want to lead by example and be a pioneer in the environment aspect. We believe farming and freshwater can work together. We want to keep the water clean and pristine.’’

Mr Abdul-Jabbar knows he cannot please everyone, however he does not get upset by negative comments.

Instead of focusing on the criticism, he prefers to inspire other families to achieve their dreams.

‘‘A believer is one who positively affects those around us.

‘‘We were very fortunate to be able to achieve our goal in this beautiful country. Muslims have an obligation to give back to their communities, so that’s what Silvia and I do.’’

Annual appointment for a trim but it’s no beauty treatment

Plenty of buzz about NZ beekeeping

Experts have say on whether cherries justify their popularity

Turning challenges into a strength

Quality control everything for Cairns

South Otago group buying in to idea of improving environment