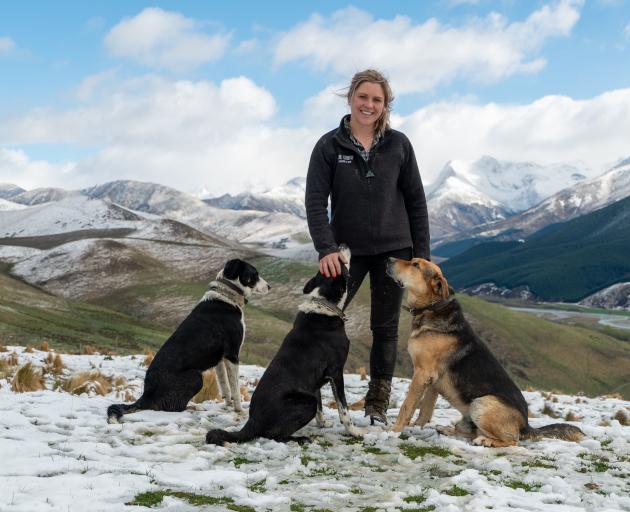 Fairlight Foundation executive director Laura Douglas with ‘‘her boys’’ on Fairlight Station. PHOTOS: SUPPLIED
The best way to succeed is to help others succeed.

That is the mantra of Laura Douglas, who has been instrumental in setting up New Zealand’s first women-only farm training school at Fairlight Station, near Garston.

Miss Douglas had already attracted national media attention after setting up her company, Real Country, about four years ago to give tourists an insight into farm life.

The bottom fell out of the tourism market, and her livelihood.

She spent a week feeling sorry for herself before picking herself up and finding other work to pay the bills.

It then began to dawn on her that international visitors might not be coming back for a while, so she began thinking about how to redefine her business.

Then came a call from Simon Wright, owner of Fairlight Station and father of good friend Holly, whom Miss Douglas had begun employing last year.

After Mr Wright encouraged her to explore their common interest in farm training programmes, she wrote a social media post in July asking women working in the farming sector if they would be willing to fill out a survey about their career experiences.

The nearly 400 responses brought it home to her that existing farm training programmes, generally for school leavers, were very male-dominated.

It also showed her that while women excelled in the classroom situation while alongside men, they tended to struggle when it came to learning practical skills. ‘‘It takes a very gung-ho woman to succeed in that environment.’’

It crystallised in her mind the need for a women-only farm training institute.

The result is the Fairlight Foundation.

Its trustees are Mr Wright and Doug and Mari Harpur, who with the Wrights own the 2500ha sheep, deer and cattle station near Garston. 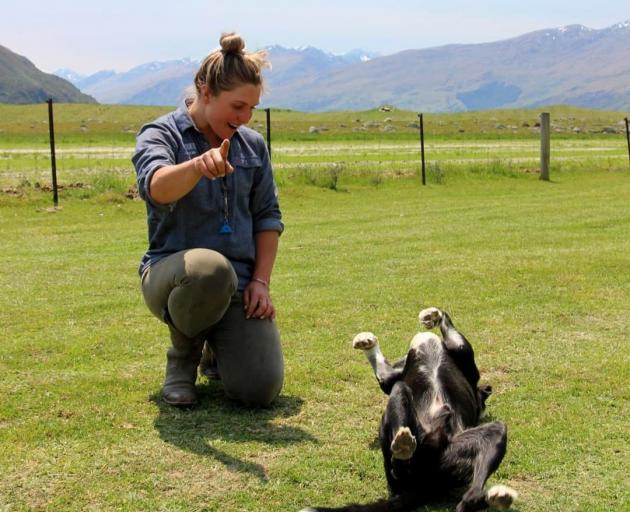 Starting on January 11 next year, overseen by Miss Douglas as the foundation’s executive director, three women will begin living on the station, living and breathing farming life for 12 months.

The programme is open to women aged 21 or over with a desire to start or advance their career in agriculture.

They must commit to living and working on the station for 12 months.

Miss Douglas said the foundation's values were for its graduates to be community-minded, proficient and professional ‘‘lifelong learners’’.

Last month, she received 20 applications for the first intake of three interns.

The calibre of the applications made the selection of 10 women for video call interviews difficult, and selecting five for the final part of the selection process, a two-day practical course on the station, ‘‘exceptionally difficult’’. Laura Douglas crutching at Fairlight Station. Photo: Supplied
‘‘The practical course visits have been completed, and the three interns will be announced by the middle of November.’’

A full-time on-farm tutor has been employed, who will be dedicated to their learning.

Miss Douglas said her workshops had allowed her to see first-hand the positive effect of boosting the skills and confidence of women.

‘‘The more I help others

succeed, the more interest there is in what I’m doing, and therefore I succeed.

‘‘I don’t mean success in a monetary sense; success for me now is to have the amazing lifestyle that I want working in an industry I’m passionate about, and positively influencing all sorts of people every day.’’

She remains surprised the foundation is the first of its kind.

‘‘There are lots of farmers I know who bend over backwards to give women a chance by employing them on farm, but as far as setting up a full institution with resources that are not easy to come by, we’re just very fortunate that Doug and Mari are passionate about it, and we’re able to do it.’’

Accommodation and conference facilities were being built on the station, which would allow the foundation to increase the number of interns in a couple of years’ time.

The more I help others succeed, the more interest there is in what I’m doing, and therefore I succeed