South Otago group buying in to idea of improving environment

Southern farmers have come in for a public bashing in certain sections of the media during recent months, as unflattering winter grazing conditions hit the spotlight. Richard Davison takes a look at a group offarmers demonstrating poor environmental practice is the exception, rather than the rule.

Taken at face value, it would be easy to believe the agricultural sector has paid no heed to governmental directives and public appeals to join the clean water revolution now gaining in momentum.

But invest even a moment to dig a little more deeply and peer through the quaggy murk, and that notion is quickly dispelled.

The award-winning Pathway for the Pomahaka agricultural catchment water-quality improvement scheme, started in 2015, has begun to expand into eight more South Otago catchments, bringing with it tried-and-tested techniques, and a spirit of experimentation that is about to be enthusiastically adopted by new stakeholder farmer groups.

Key to the Pomahaka success has been engaging and empowering farmers to take simple, affordable steps to reduce nutrient run-off, and collectively improve the quality of water leaving their farms.

Central to that programme, and facilitating the new Otago South River Care project, is Lloyd McCall, of Tapanui. 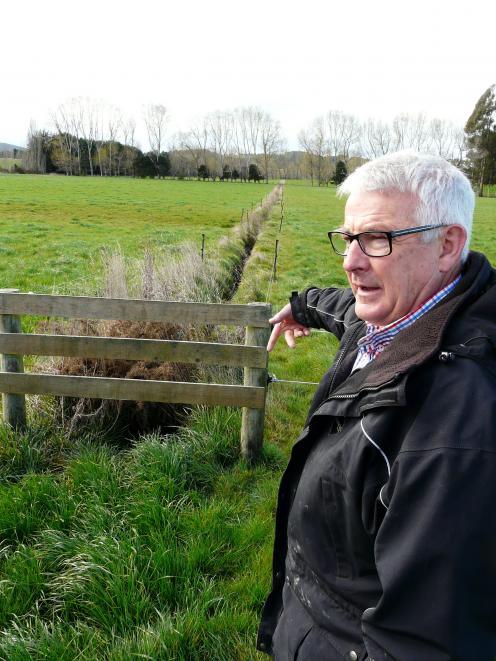 He said although it was ‘‘early days’’ for the new wave, he had already been encouraged by the level of buy-in from farmers throughout South Otago.

‘‘You can see here today we have six farmers and farm managers from the Tuakitoto catchment, whose farm drainage and creeks feed into Lovells Stream and, eventually, Lake Tuakitoto.

‘‘They’re typical of the farmers I’ve met everywhere in that they’re as keen as anyone to see our lakes and rivers cleaner and fit for the future. All they need are ideas, guidance and a bit of direction as to what some of the right things are to do. Those need to be things they can do over time, by taking simple, practical and affordable steps.’’

Mr Watt’s three main drains and creeks are fenced appropriately, but he wants to do more to improve the run-off leaving his land.

‘‘A lot of our work during recent years has been towards front-line animal welfare. We take pride in the level of shelter and feed our cows receive.

‘‘Having ticked that box, now we want to make sure we’re also ticking the environmental box as successfully as possible. Being able to work together with Lloyd and our neighbours allows us to share what’s most effective and practical for this particular district.’’

He said the maxim, ‘‘If it looks bad, it is bad’’, might be a good rule of thumb, but could be misleading for the non-farming public.

‘‘Because it’s a clay soil here, often it can look pretty bad, but it’s a type of soil that isn’t leaching nutrients or a lot of sediment. But for better or worse, perception is important from a commercial point of view when our product reaches market. So if improvements we make to environmental practice also improve perception, that can only be positive.’’ 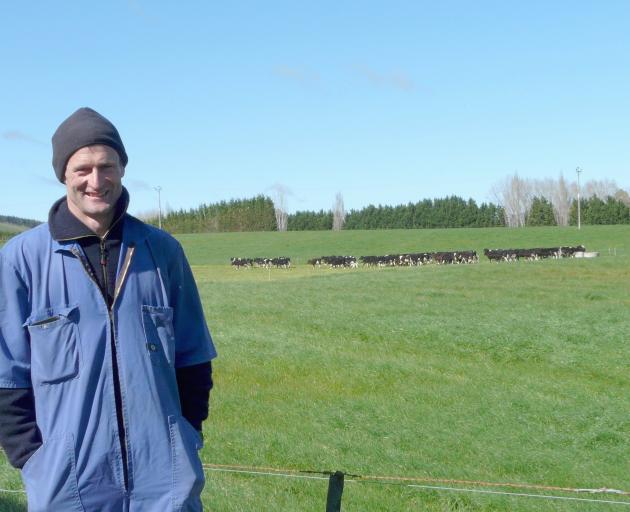 Although used widely in Canterbury and elsewhere globally, the two-stage ditch is new to Otago, Mr McCall believes, meaning Tuakitoto farmers, including Mr Watt, could be among the first to trial it under local conditions.

Due to regional council regulations, neither practice can be carried out on natural waterways at present, but both are suitable for drains and ditches.

‘‘Within your ditch you dig a central section deeper to a metre or so, batter the sides and, ideally, plant them with [native sedge] Carex secta. The step acts as a sediment trap, and the Carex provide secondary filtration of water, removing nutrients.’’

The technique had been shown to work under high- and low-flow conditions, and sediment could be dug out during the dry, renewing effectiveness for next wet season, he said.

Combined with traditional sump-style sediment traps, riparian planting and other, more familiar mitigation techniques, some farms were seeing E. coli reduced by 90%, and turbidity [sediment] by 94%.

Those sorts of figures provided strong motivation to get on board and begin his own trials, Mr Watt said.

‘‘I’ve been swimming in the Clutha River near our home during recent years. Some day I’d like my four daughters to be able to swim in any of our local rivers.

‘‘Now I’ve seen a few things it might be possible to do out in the field, and seen first hand the enthusiasm we’ve all got to do our bit, I’m excited to get some of these projects going this season.’’

Mr McCall emphasised the vital contribution of farmers such as Mr Watt in leading the charge.

‘‘The truth is, there’s no one answer fits everything. But by continuing to trial, experiment and share like these guys are doing, that’s how we’ll come out on top.’’