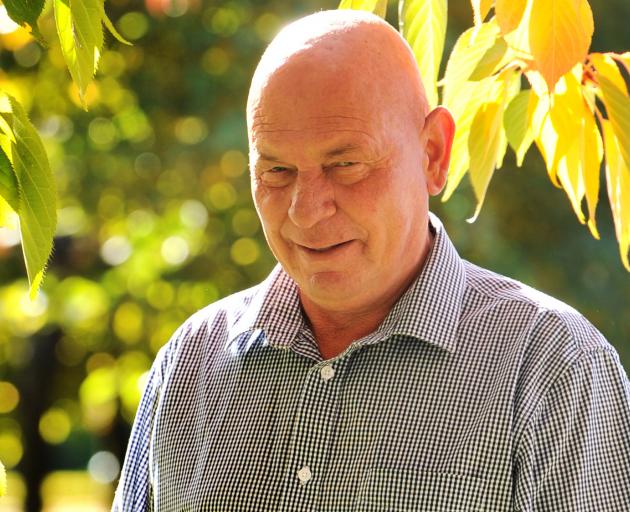 Daryl Carran has been involved in meatworks for 45 years — more than 40 of those as a union man. PHOTO: CHRISTINE O’CONNOR
After more than 40 years as a union man, Southlander Daryl Carran takes the reins at the NZ Meatworkers and Related Trades Union. Jacob McSweeny talks to the union boss about his roots, adversity and the pay rises he hopes to bring to the underpaid in the workforce.

"I have never had it easy in my time working for the union. I’ve always ended up with the difficult, s... things to deal with."

Taking over as national secretary of the NZ Meatworkers and Related Trades Union in the middle of a global pandemic, Daryl Carran is no stranger to the battlefield.

He has been a union man since he was 18 years old — he started working at meatworks not long before his 16th birthday.

"I knew nothing about unions," he confessed.

"My father ... took me to one of their plant meetings and of course they’re all big giant plants in those days — 1200, 1300 people at least operated.

"So they were massive meetings and I wondered what the hell I’d gotten myself into."

That was around 1975, in the era of Sir Robert Muldoon.

"There was a lot of industrial activity in those days, ratcheting up earnings and so forth. At one stage, the meatworkers were the trendsetters for any awards settlements across the country."

The strength of the union back then was clear to the young Daryl Carran.

As a union delegate at 19 he learnt a lot.

"I had my first court hearing when I was 19. It was challenging permanency within the industry versus seasonal.

It was Mr Carran’s first experience of giving evidence in court.

He spoke brightly about the lawyers he had worked with, making the point he learnt more working in the union than he did attending school.

It was not only the big name lawyers he learnt from.

"I was also taught by the employer on how to calculate all those complicated details [such as] incentives and bonus payments."

In those days, companies invested in unions because it was better to have a delegate or a union rep who understood "how things work than it is someone blind".

"We were educated and knew quite a bit about the meat industry from the company’s side of it."

The older union officials also had a lot of experience to share.

"Some of them coming out of the [1951] watersiders’ dispute. In those days, we had a lot of top union officials across different unions that were of foreign descent."

The waterfront dispute of 1951 was the biggest industrial confrontation in New Zealand history; it involved 22,000 workers walking off the job and lasted for 151 days.

Mr Carran started his new role this week — moving up from his role as president of the Otago-Southland branch of the union — and would immediately get to work on his goals for meatworkers.

"I’ve appreciated the investment the union has put into me and it’s only right that I should pay that back and do the best I can for the time that I’m around."

He had the backing of almost all meatworkers in the South Island and many more in the North Island.

It was always better to negotiate with an employer from a platform with a highly unionised workforce.

"It makes it more of an equal playing field."

Meatworkers comparably used to earn a lot more than they do today, Mr Carran said.

He remembered the days when tradesmen would become meatworkers because the money was so much better.

But after the Supplementary Price Scheme [SMP] was removed and the Lange Government’s "Rogernomics" were brought in, many industries were in chaos, Mr Carran said.

"The meat industry was obviously one of those sectors ... where there was a rapid deterioration in conditions.

"Just about every week you got up and read the paper, there was another plant closed. Numbers plummeted, prices of sheep and lamb plummeted.

Today, wages did not match the difficulty of the job at many plants.

"It’s unattractive. People don’t want to work in the meat industry anymore. It is a hard industry to work in. It’s not for everybody psychologically or physically," he said.

Some companies had agreed to a minimum rate of $21 per hour.

But there were still people — seasoned meatworkers — reliant on the minimum wage and that had to change, he said.

"There has been good productivity gains but the rewards probably haven’t been shared equally.

"You’d have some meat companies that would say ‘Yes, they’re probably underpaying’.

"I want to go over and look at workers that are, in our view, underpaid and concentrate on establishing better pay rates."