0 Comments
On a bitterly cold mid winter afternoon on the Knobby Range Rd, a group of Roxburgh and Teviot Valley farmers pore over a map pinned to the bonnet of a ute.

Target: The tussock impersonator that has the audacity to call itself one — Nassella tussock.

Mission: To knock the bastard off.

It is a battle that has been going on for nearly 60 years in Otago; anywhere there is steep, rugged sunny slopes, dry spurs, knobs, stony riverbeds, streambanks and terraces. Central Otago is a perfect breeding ground for Nassella’s windborne seeds to take hold and stealthily take over.

But a group of dedicated grubbers, many of whom are now in a fourth-generation battle, are determined this will not be the case, even if they have to fight it on foot, with their bare hands and a fairly primitive tool. That is the only way to control it, because Nassella is difficult to spot unless you systematically walk the land, grubber in hand, and know what you are looking for. 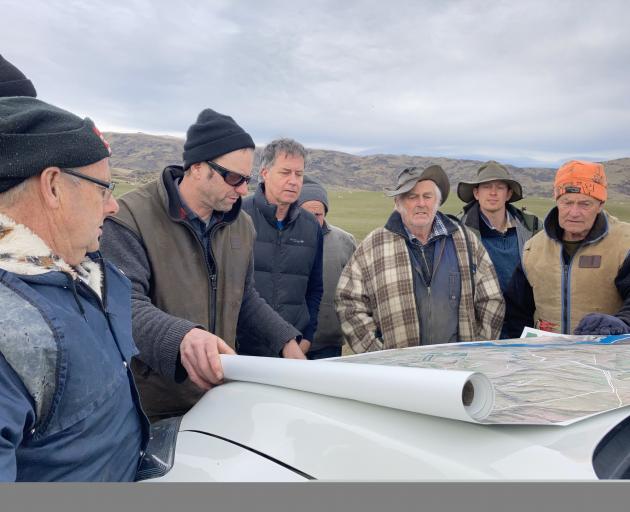 It flowers in October and has a purplish tinge. Each mature plant can produce up to 100,000 seeds each year. Roots are deep, matted and fibre-like.

Also called needlegrass, it is so tough and unpalatable not even the rabbits like it, although there are surprisingly few bunnies on this face.

It is very easy to mistake for ordinary non-noxious tussock. Luckily this year, there has so far not been the usual frost to brown it off, so it does look distinctly green at the base compared to other tussocks.

Earlier in July, the grubbers were his on land in the Knobby Range.

‘‘And they have a fine leaf on them, and they look a bit different, and they have a white base, that breaks into clumps, hard clumps, and they’re rough both ways, whereas any other tussock is usually smooth one way.’’

As grubber and farmer Cameron McNeish put it, when rubbed, Nassella feels like sandpaper.

Spotting a clump is a small victory in a big issue, and Mr McNeish definitely had his eye in.

‘‘That’s why I get paid the big bucks,’’ he said, as he and Sam took to the Nassella with their grubbers.

None of them do. The work is voluntary and they are proud of what they achieve in doing their bit to eradicate the noxious pest.

Rookie grubber Clayton Chittock, who once farmed in West Otago, but has moved to Roxburgh East, dug out his first clump during one of the group’s three annual field days on McKenzies Rd, in the Knobby Range.

Mr Wales spotted it from 60 paces.

Over the three field days in July, he said the group could expect to dig out between 300 and 400 plants, which would be up on last year because long-time grubber Doug Gordon had not been out and about.

Mr Gordon, who died in June aged 88, had spent more than 60 years attempting to rid farms of the South American import.

A book written about the district Teviot Valley, Our Memories, Our Stories tells how Mr Gordon worked for the rabbit board from 1949 to 1971, and in 1961, was instructed to attend a Ministry of Agriculture training day in Alexandra about Nassella. 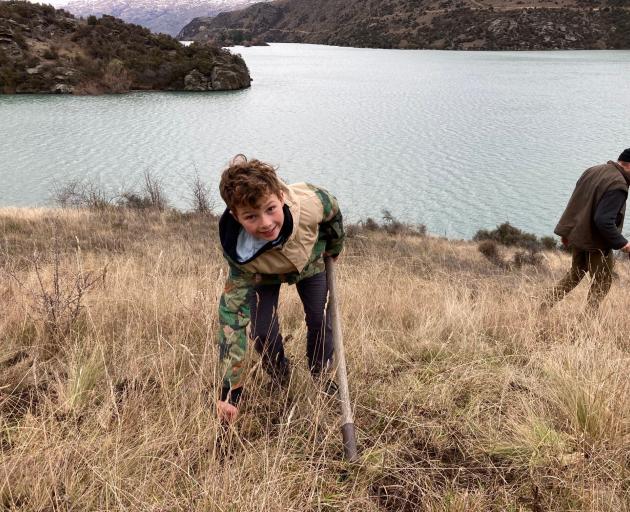 There were various theories about how it got into Central; some speculated it was during the construction of the Roxburgh Dam in the 1950s and that it came in with the machinery, or possibly far earlier during the latter part of the goldmining era with the equipment.

It was also found at Galloway and had got so bad at Cardrona that a full-time ranger was employed in 1977.

The council used to pay for the eradication, but now farmers are required to keep it under control, and in the case of Teviot Valley, with the help of the Ida MacDonald Charitable Trust, which helps keep a core of farmers together and helping each other out.