By Shawn McAvinue
0 Comments
More than tripling the size of an irrigation footprint is a factor in claiming the title of supreme champion merino, a Mackenzie high country farmer says.

Maryburn Station owner Martin Murray was "surprised"" his ram won the competition at the Wanaka A&P Show earlier this month, especially since the competition came down to his ram and a ewe from the Paterson family"s Armidale merino stud in the Maniototo.

"You"ve got to have a good sheep to beat Armidale,"" Mr Murray said. 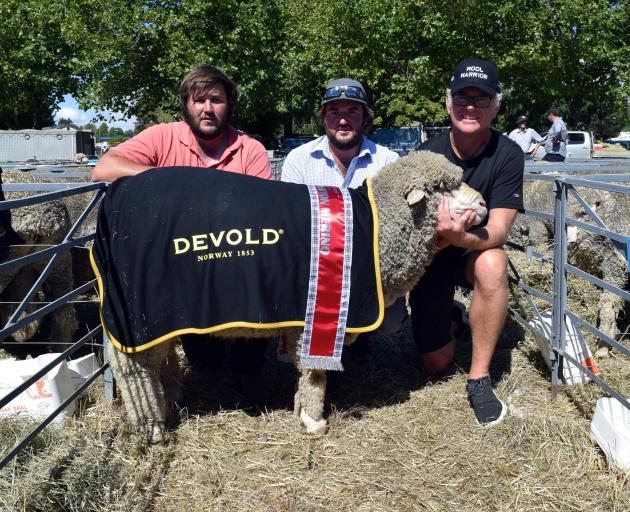 He had entered the merino competition at the past three shows and this was the first time he had won the supreme prize.

He was "passionate"" about farming merino sheep for its wool and said the breed suited his 5000ha station.

When asked his secret to success, he identified feed as an important factor to farming merinos. 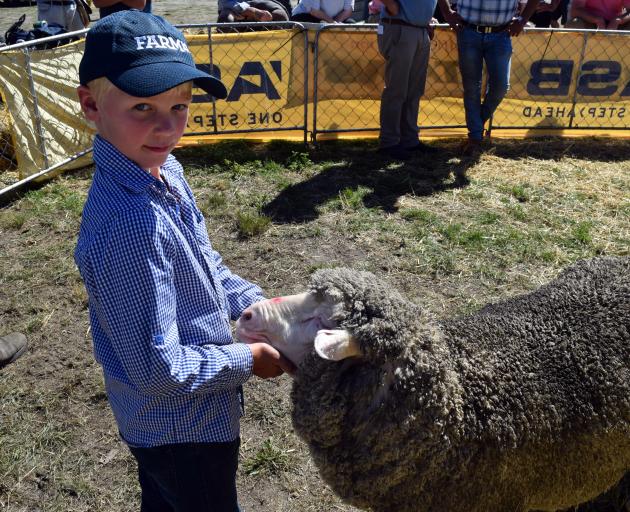 Hugo Paterson (8), of Armidale Merino Stud, in the Maniototo, holds a ewe for judging at the Wanaka A&P Show on March 12.
He had increased his pivot irrigation system to cover 650ha on his station, up from from 200ha, and irrigation helped grow better pasture for his flock to eat.

"We are known as one of the better feeders around.""

He had two more pivot irrigators available and could increase irrigation to about 800ha but they were idle due to bureaucratic red tape.

"Our biggest fight was rabbits and now it"s all these new regulations and rules coming in.""

Deciding a supreme champion between the Armidale ewe and the Maryburn ram was "tough"". 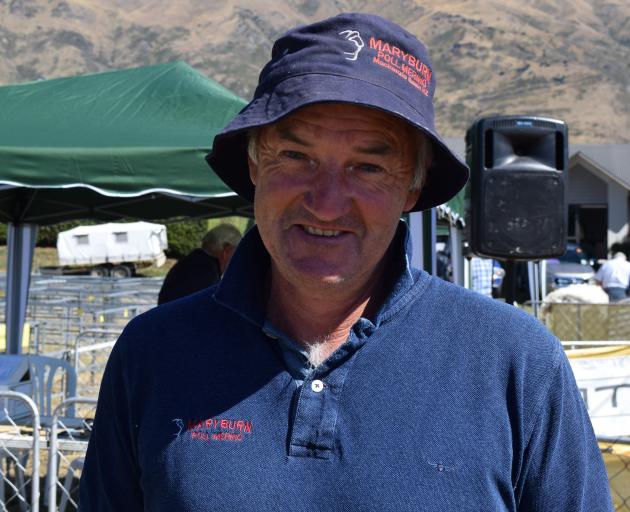 Maryburn Station owner Martin Murray, of the Mackenzie Basin, won the prize for the supreme champion merino at the Wanaka A&P Show.

The ewe had "outstanding"" wool featuring "a beautiful type of crimp"" but the ram secured the top prize because of "the barrel on him — right from the poll, through to the flank — it"s an outstanding ram, which stands extremely well"".

Competition co-judge Tom Moore said 105 merino sheep were entered in the competition. "It"s been a long time since we"ve had so many sheep here of such good quality.""