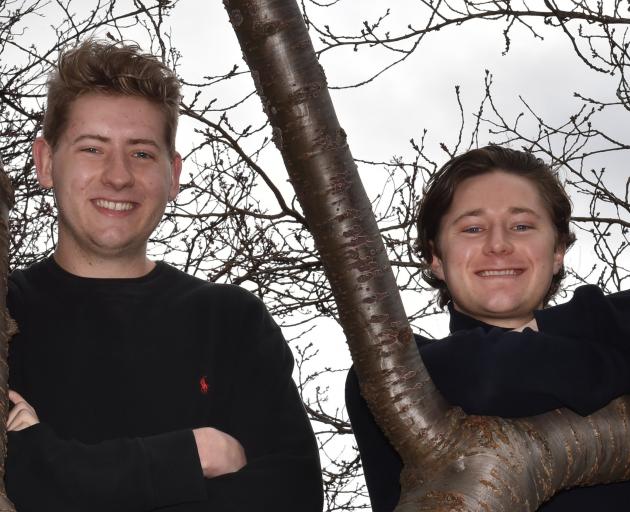 University of Otago students Alex Thomson and Gabriel Dykes, who are both in their fifth year of studying law and commerce, have been developing Split, an online platform which aimed to provide everyday New Zealanders with access to high value, high growth assets initially in the agricultural sector.

Split would partner with companies to find retail investors instead of wholesale investors. Anyone would be able to buy a "split" of a business for as little as $250.

Mr Thomson said it was a "real privilege" to be able to work with MyFarm, which he described as the "best of the best" when it came to agricultural investment syndication.

Based in the lower North Island, MyFarm had more than 30 years experience in the agricultural investment sector; since its establishment in 1990, MyFarm has bought and managed more than 100 primary sector syndicated developments, including products such as kiwifruit, cherries, viticulture, hops and manuka honey. In partnership with Split, MyFarm would see retail capital flow into those syndicates for the first time.

This year, it was a crucial time for Split to get its platform development done. A soft launch was planned around April and it was "very exciting" to finally be at that stage, Mr Thomson said.

In the short-term, the focus was providing a means of investing in the sector with a measure of flexibility and personability which was seen on platforms like Sharesies. In the long-term, it could spread into other investment sectors like aquaculture.

Mr Thomson admitted juggling study and a startup was a "balancing act" and both he and Mr Dykes put a lot of work into their degrees last year to "clear a bit of space" for this year so they could give the business maximum attention.

The plan, at this stage, was to concentrate on Split after they completed their degrees, "depending on how things pan out", he said.

Dunedin, which was Mr Thomson’s hometown, had been a great place to start a business. It was easy to have conversations with people, refine your thinking about your idea and help "take the next step towards the end game".