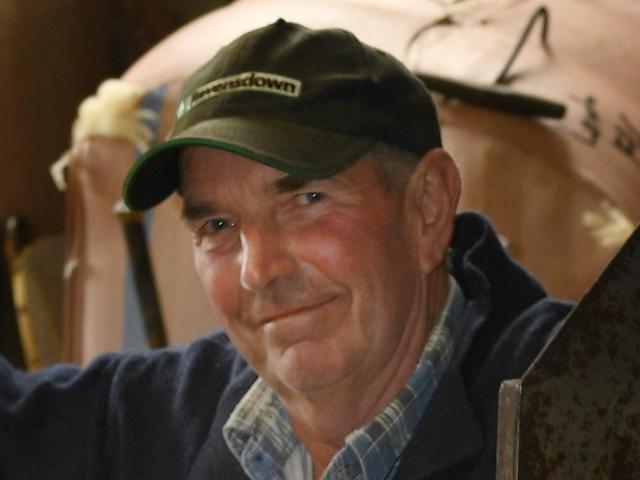 Colin McKenzie
New Zealand crossbred wool is of such quality it could find a place in high-end, value-added market niches.

''At the moment, the market for these products is small and we're never going to see the whole crop used in these segments,'' Mr McKenzie said.

''But our crossbred wool is a quality fibre and the challenge is for us to turn this fibre into unique quality products.''

His company has been servicing the high-end private jet market, positioning its crossbred fibre products at the top end of the value chain.

''There are other potential new uses for our wool in the wind and we need to continue to pursue value-added opportunities for our New Zealand product.''

A wide range of different fibres were found within the crossbred wool clip and the challenge was to focus on the unique characteristics of these and pursue niche markets.

Mr McKenzie said crossbred wool was a true global commodity. A lot of crossbred was grown around the world, although often with wide variation in quality. This meant the New Zealand industry was at the mercy of global cycles.

''The United Kingdom is still a large producer of coarse wool and there are lots of options for textile manufacturers.''

The rapid decline in sheep numbers in the past few years meant a sharp reduction in output.

''While large areas of land have been converted to dairying, there has also been a decline in high-country merino production,'' Mr McKenzie said.

''Changes in high-country land use, the retirement of land for conservation purposes and variations in land leases have contributed to this decline.''

Subdued demand in the north Asian market had put pressure on prices, he said.

''China has traditionally taken half of the New Zealand wool clip and when this market slows, so too do returns.''

The New Zealand farmer had to ride out the slumps and spikes.

''The logistics and procurement sector is serviced by a range of different companies,'' he said.

''These range from large national operations such as CP Wool to small, local operations focused on a particular area.''

CP Wool was reviewing its logistics infrastructure with a goal to improve efficiency, he said.

On the marketing front, Mr McKenzie said the number of grower groups might need to be reduced and more resources put into international marketing.

''We are only going to succeed if we avoid the commodity trap and target the top 1-2% of the market.''