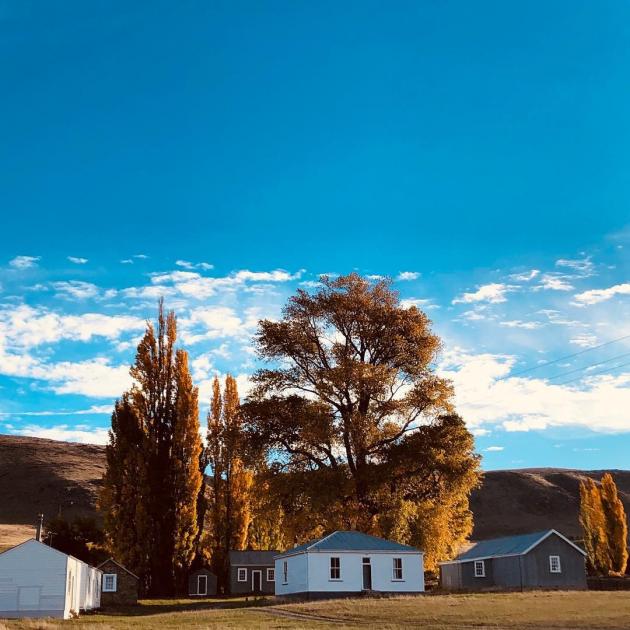 Otematata Station shearers quarters in Autumn this year. PHOTO: PHILIPPA CAMERON
Peppermint slice is the kind of ‘‘slice of life’’ from a New Zealand high-country station even the most urban of city folk can get into.

Philippa Cameron describes herself as a farm cook — she is a mother, a wife, and a farm worker — on a high-country station.

And the pride she has in her lifestyle is evident.

‘‘The most important place on the farm is in the kitchen,’’ she says. 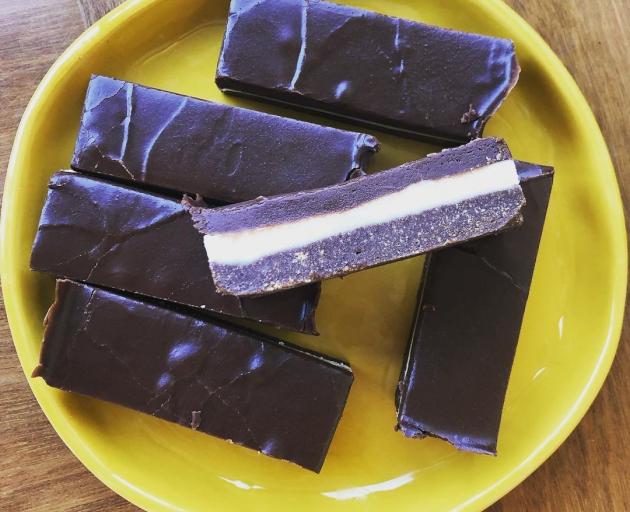 Peppermint slice is a favourite of both Philippa Cameron's and her 2-year-old daughter Evelyn. PHOTO: PHILIPPA CAMERON
Whiler husband Joe was out flying a helicopter, mustering out at the back of Otematata Station, she was inside watching their children, Flora
(4) and Evelyn (2), make Playdoh cakes.

But she has also created a network — her Instagram page What’s For Smoko has about 4000 followers.

The Waitaki woman, who grew up on a 3ha rural block in Herbert, shares recipes and provides a glimpse into her life, connecting with others, who at times are in isolated parts of the country.

When she answered the phone for this interview, a bit of snow lingered on the hills after a cold start.

‘‘Everyone’s out on the hill today, so smoko’s long gone,’’ she says. 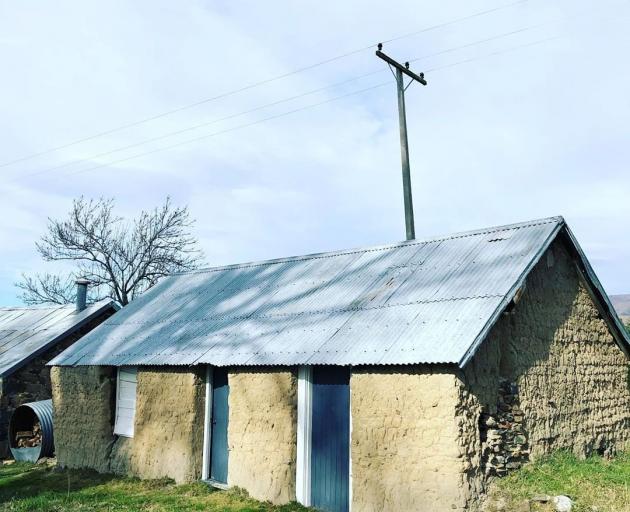 A clay hut at Otematata Station once used as a cool store for vegetables grown on site. PHOTO: PHILIPPA CAMERON
Otematata Station, incorporating Aviemore, covers 40,000ha and ranges from 350m above sea level at the homestead to 1800m on top of the Hawkdun Ranges.

Her husband, who grew up on the sprawling property, was always encouraged to pursue a profession before he decided to come back to the farm.

‘‘I actually married a pilot,’’ Mrs Cameron says. ‘‘Joe and I lived away from the farm for a long time. He was a pilot for Jetstar and I was a teacher in the city.’’

She makes smoko for Joe and her father-in-law, Hugh, and whoever else might working on the farm on the day.

At this time of year, it could be up to seven. 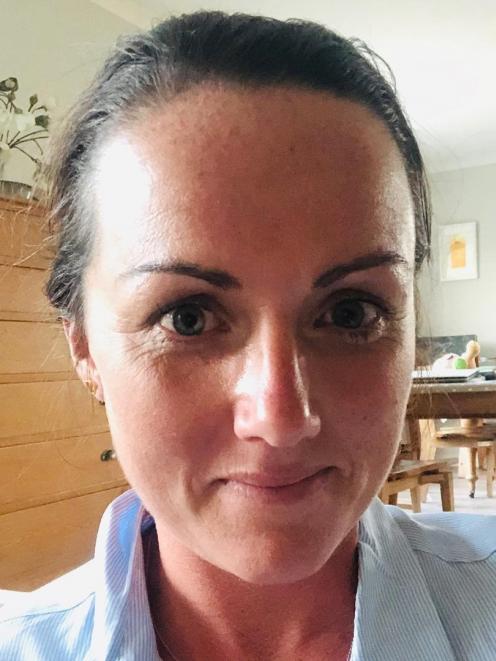 Philippa Cameron is a farm cook at Otematata Station. PHOTO: PHILIPPA CAMERON
‘‘Look, you don’t get much feedback,’’ she laughs. ‘‘But they are appreciative. They’re pretty quick to tell you what they don’t like. You do get a thank you.

‘‘You get a thank you. You don’t get much more than that. But that’s all you need.’’

But the feedback she gets online is different — there is a much support and plenty of goodwill towards the lives farmers lead.

The Camerons’ girls are the sixth generation in the family to grow up on the 40,500ha station.

And there was ‘‘no way’’ the current generation would jeopardise that.

But sheep and beef farmers, especially, she says are ‘‘a humble bunch’’ who don’t always feel comfortable telling their stories.

‘‘They’re super proud. And I think deep down they know that what they do is amazing, but they don’t like to sell themselves.

‘‘At the moment we need to change that. We really need to sell our stories.

Through posting photographs on social media of the food she makes, but also glimpses of her everyday life, she has started to connect with others — families on other stations around New Zealand.

‘‘I think a lot of women in my position . . . a lot of us marry into farms or have partners on farms and when you start a family sometimes by default you pick up the role of cook. Because you’re at home. And I think a lot of women, they’re not ashamed — some are — but they don’t think their job is worth as much — they believe that their job has no value. And that’s what I wanted to change. I wanted to change that concept. Because it does have value. And they are an integral part of the farming team,’’ she says. 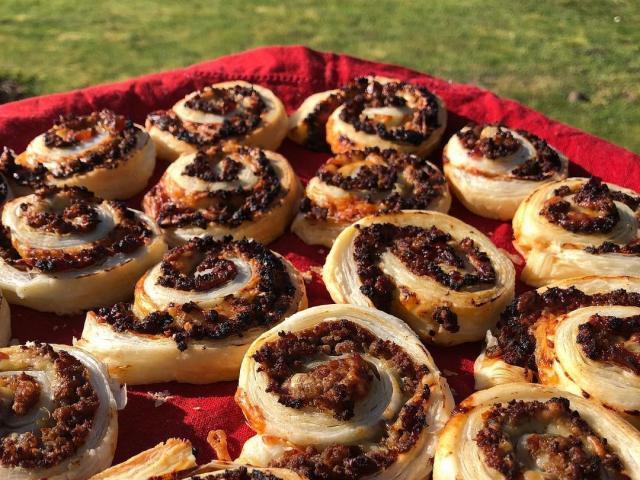 Savoury mince scrolls are a great way to use up left over mince. PHOTO: PHILIPPA CAMERON 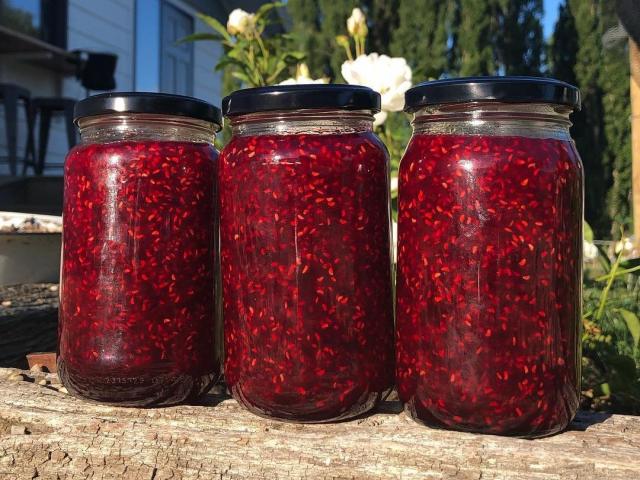 Philippa Cameron shares her first go at making jam -- raspberry. PHOTO: PHILIPPA CAMERON
‘‘As much as you might not be out on the hill chasing sheep, or working in the cow shed, or wherever it might be that you are, what you do is still really important.

Because you’re the one who brings everyone together for a cuppa. That’s that conversation that’s good for mental health. You are the person that solves problems some days. People don’t even realise how important their roles are — to be the cook.’’

She shares recipes for what she makes for smoko: peppermint slice, Mum’s cheese rolls, or Pappi’s savoury scones. (‘‘Pappi used to be the shearer’s cook here on Otematata Station many years ago,’’ Mrs Cameron explains.)

‘‘Also, too, it’s using what you’ve got on farms. Often people are isolated. Or are quite remote. They might just have a little store that has milk and butter. You’ve got to be inventive. Using leftovers from the night before to make a tasty, filling smoko is . . . sort of an integral part of being on a farm. 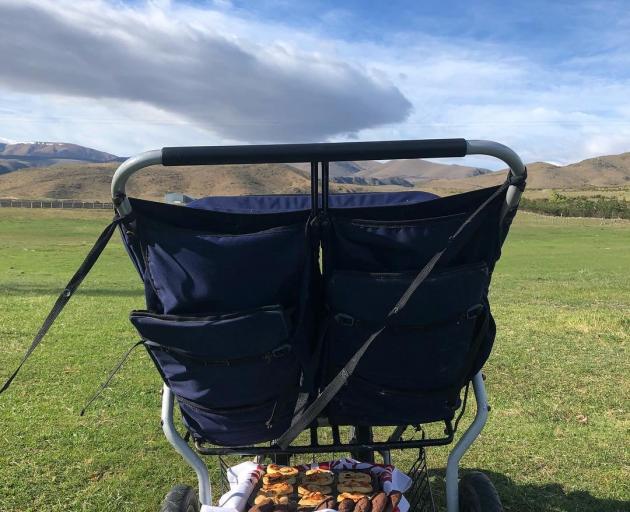 A buggy serves another purpose as it is used to deliver savoury pinwheels for smoko. PHOTO: PHILIPPA CAMERON
‘‘That’s what it was all about, supporting each other, giving each other ideas. Because when you’re 20 days into shearing, you run out of ideas pretty quickly. We’ve sort of created a wee support network.

‘‘It’s being able to have a yarn with somebody. You make them feel better about their position.

‘‘Especially at the moment, farmers are feeling a wee bit alone and might be a little bit too scared to raise their heads up in case there’s a group of people who perhaps like to shoot farmers down — it’s a nice way to share that positivity.

‘‘Farmers are doing great things. Sometimes the negative [stories] seem to be the ones that are always in the limelight and we need to change that. It’s great — it’s great things.’’ 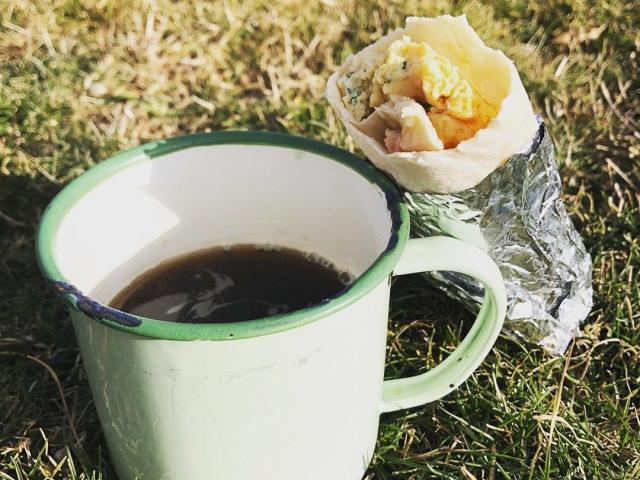 Breakfast burritos inspired by Joe, who was a liftie for a season in Colorado, USA. PHOTO: PHILIPPA CAMERON 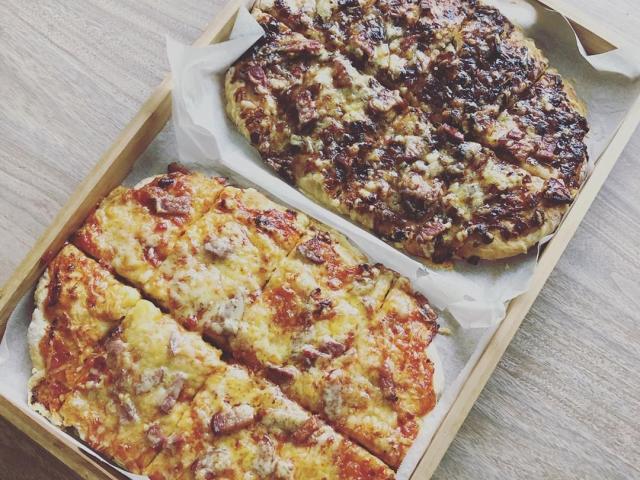 Pizzas made with a base with just two ingredients. PHOTO: PHILIPPA CAMERON
Comment now