It is all about the people.

Alliance Lorneville plant manager Shashank Pande said the most important aspect of his job was the people —the workers, shareholders, farmers and those involved in the industry.

‘‘It’s not just a job. My role is to make a difference in people’s lives . . .our employees and their family’s lives by engagement.

‘‘When morale is high, the employees are happy to come to work. I want to make it an enjoyable experience for everyone.’’

Many generations of Southlanders have worked at the plant which is one of the biggest employers in Southland.

‘‘There is not a person yet, who I have talked to, who has not had a family member work at Alliance,’’ he said.

The plant has been on the same site, on the outskirts of Invercargill, since 1960 and is one of the largest work sites in New Zealand, employing close to 2000 people at the peak of the season.

‘‘The loyalty I have found onsite is massive. It is not just towards the company, but also the company to the community.’’

He described Alliance as ‘‘like a sleeping giant’,’ predicting the Lorneville site had not reached its full potential yet.

Alliance Group, which has seven plants and exports lamb, mutton, venison and coproducts to more than 65 countries around the world, is New Zealand’s only totally farmer-owned red meat cooperative.

The company has about 4000 farmer shareholders and almost 5000 staff throughout the country.

‘‘We supply to different countries such as the United Kingdom and the United States of America, where the certifications are different and the markets are very different too.”

The Lorneville plant is also one of the largest sheep meat processing plants in the world and makes a significant contribution to the Southland economy.

A report commissioned by Alliance stated in 2014-15, that the plant spent about $18 million per annum on goods and services supplied by Southland businesses, $5 million with Otago businesses and paid $75 million in wages.

Born and raised in India, Mr Pande gained a bachelor of engineering (mechanical) degree at the Maharaja Sayajirao University of Baroda in India, before working for Tata Motors in India for give years.

He moved to Australia to gain further qualifications and achieved a master of engineering (MEng, industrial technology/technician), first distinction, at Swinburne University of Technology in Melbourne.

He started his career in Australia working at Kimberley Clark as operations planner and then as production manager for few years. 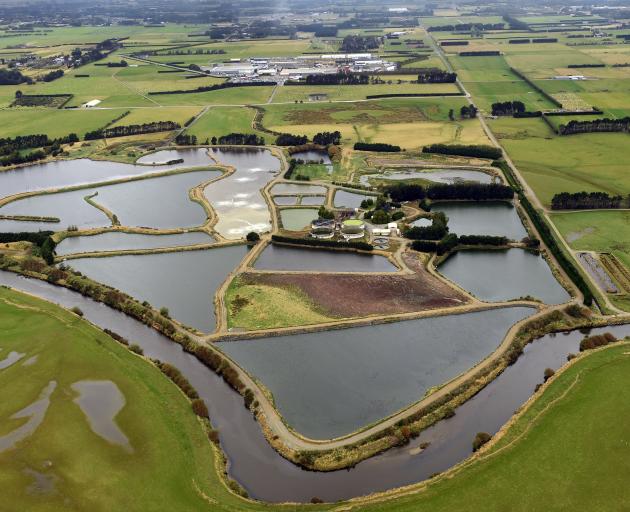 He then moved to Melbourne and continued his career as production manager with Asaleo Care. Over 14 years with Asaleo Care, he gained experience in production and supply chain management, progressing to general manager role before he moved to Lorneville.

Asked why he would move from the bustling metropolis of Melbourne to the sleepy Southland city of Invercargill, he said it was important to him for his future employer’s values and his own to ‘‘align’’.

“It was time for a change in career. Time to work in a different industry . . .and an opportunity to learn more skills. It [the meat processing] is a similar set-up as the manufacturing roles I am used to. I have taken a step up to a role which is more about the community and the team.’’

He relished the opportunity to be part of a team in a company which was growing, where its employees and shareholders were valued, he said.

It was not just a matter of finding a job, it was more important to him the way the company worked.

Mr Pande said Alliance ‘‘was very different to a traditional company’’, being made up of farmer shareholders.

‘‘It’s not just the bottom line. . .’’, rather with the Alliance Group at Lorneville, it was the way the company gave back to the community and its shareholders and farmers, he said.

Working in the meat industry has traditionally been a male-dominated role, one which Mr Pande is keen to alter.

Although many women worked at Lorneville, he was keen to provide more employment for women and for flexible working arrangements.

With the plant having operated about 60 years, management was also looking at investing more in automation and reintroducing beef processing next year, he said.

Automation meant a number of benefits, including a safety aspect, and reduction in manual handling.

‘‘We are always short of people. It was one of challenges of the industry to get so many people. If we reduce the manual handling part in the plant, it will make jobs safer, then we can redeploy staff to other areas.’’

Having lived on two continents (Asia and Australia) and three countries, Mr Pande said while the cultural differences were important, people were the same. The language and looks might change, but people and their values are still the same.

Southland was a bit different from Melbourne or Sydney, but the spirit of the community was the still the same.

‘‘With a small town, people know you . . .you bump into people. The people are more warm and friendly. It is a great community to be part of and I will mix in it like sugar in milk, only to make it sweeter.’’