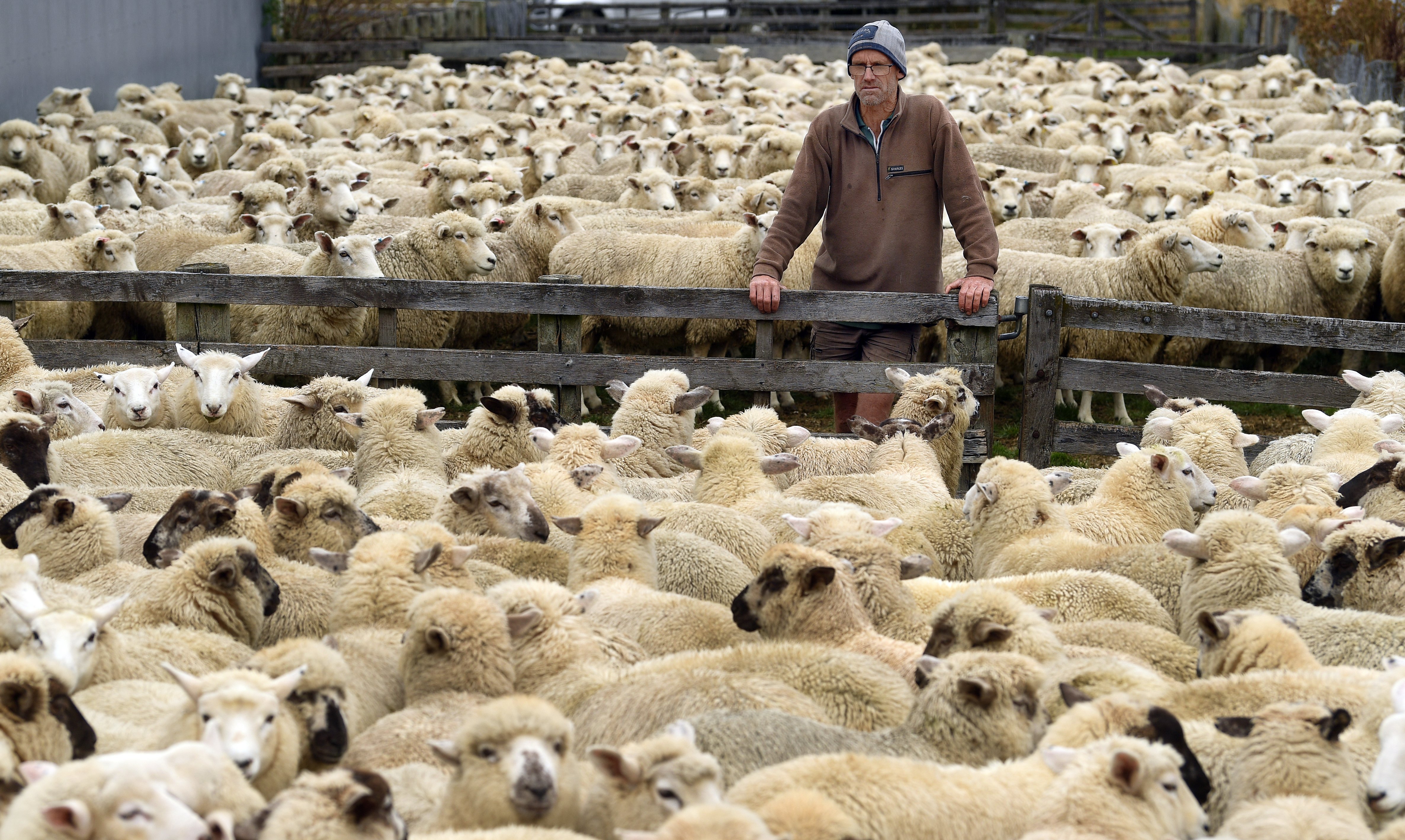 Chris Dagg looks over lambs ready to go to the works. PHOTO: STEPHEN JAQUIERY
The drive between Arrowtown and Queenstown contains arguably some of the most sought-after high-country land in the South Island.

With no shortage of wealthy developers moving into the area in the past decade, many would be adamant the region’s rich farming days are numbered.

But for Malaghans Rd farmer Chris Dagg, it would be a cold day in hell if he ever chose to sell his 404ha sheep and beef farm beneath Coronet Peak.

“I’ve had countless people say ‘why don’t you just sell and go sit on a beach?,” Mr Dagg said when asked about selling.

“If we had been like the rest of the area we would have like 200 or over 200 houses on our place now and there wouldn't be a farm; it’d just be houses.”

A fifth-generation Dagg farmer on the land, he has no doubt selling the property would have brought millions of dollars worth of growth and financial benefits to the area.

“But would it have made it any better? And Iwould argue no, it wouldn't have.

“We see a lot of people out here with the day-to-day work and I’ve never seen tourists taking pictures of houses yet. They always want to take pictures of the mountains, the lakes, the farms, the stock and that sort of thing.

“We have a strong bond with the land.”

That was not to say the dry seasons had kept the idea completely at bay, he said.

“Sure, we have to make a profit; there’s no doubt about that . . .but to me to sell it and split it all up, it’s just not the right thing to do. It would feel wrong.”

The father of one questions the rapid growth of the Queenstown area — he feels its limitations are never really discussed.

With reference to the drop in pollution levels during the Covid-19 lockdown, he said people in the region were realising economic growth was not everything in this life.

“From my very narrowminded and selfish point of view, the ongoing growth is not a good thing. It’s actually decreasing the value of the area, perhaps not in a monetary term but certainly the overall quality of life and what it does to the environment as well.”

He even admits going to Queenstown gives him “no joy at all” and that he stays away as much as possible. But after a lifetime on the same piece of land, he has yet to tire of his “beautiful office”.

Despite his long history in the area, the landscape never gets old.

Challenges of the high country

Farming in a colder climate unsurprisingly has its challenges when dealing with what Mr Dagg describes as a “100-120-day winter.”

While many farms in the North Island are able to grow grass 350 days ayear, extremes of temperature in the South mean farmers such as Mr Dagg can grow only around 250 days of the year.

“I know there was a guy that came up from Southland and he said ‘you’ve almost got to be born here to farm here because it’s certainly a different environment to most’.”

In recent years, the climate has become much more variable than it used to be.

“Within reason, you used to have a hot summer and a cold winter and a reasonable spring and autumn. But the last three or four years we’ve had two, what I would describe as, warm winters, and we don’t seem to have the snow right down to the level of the farm like we used to.”

He said in the early 20th century Potter owned a lot of farmland in the Lake District, a region in the north of England with a similar tourism appeal to the Queenstown Lakes area.

“Each time she published a children’s story she would buy another farm in the Lake District,” Mr Dagg says.

“She didn’t have any children and, when she died, she passed the farms on to her husband but on the understanding that when he passed away they would go to the National Trust. They were to be farmed in perpetuity.”

Despite the Lake District being one of the most popular holiday destinations in England, there are still a lot of people farming in the area.

“Yes, there’s villages but it’s not covered in rampant subdivisions.”

Despite the arrival of Covid-19 on New Zealand shores in early March, it has very much been business as usual for farmers such as Mr Dagg.

If anything, a lack of vehicles on the roads made moving stock a lot easier, he said.

But with the world around him changing fast, he reflects on a time when a salesman popped on to the farm.

“The guy said: “How much land do you own here? You could flick off a couple of sections and you’d be living the dream.

“The guy that works for me looked at him and he said ‘but we are living the dream’.

“He and I have a very similar philosophy on that. We enjoy farming, we enjoy growing grass.”

“There’s something amazing about working with Mother Nature.”