Freshwater scientist Chris Arbuckle has had a career in freshwater science and policy and leadership but a few years ago he returned home to Wanaka where he “fell in love with water” during holidays spent by the lake as a child. Through his company, Aspiring Environmental, volunteer community project Touchstone he works on environmental projects focused primarily on freshwater, land and catchment management. 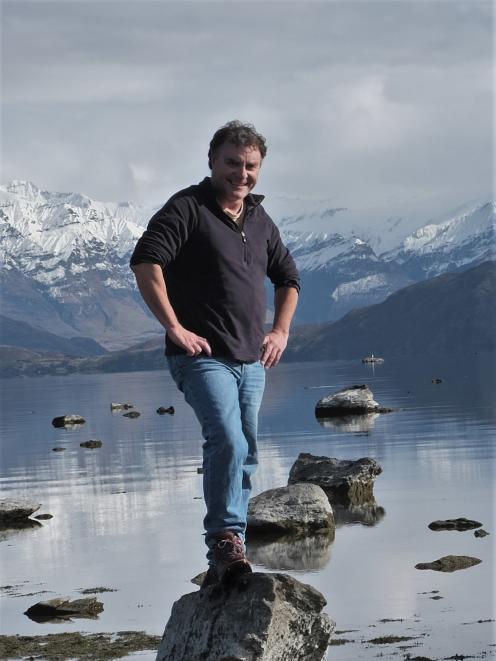 He spoke to Kerrie Waterworth.

You work with farmers around the Lake Wanaka catchment area on environmental initiatives. How is that progressing?
I am still working closely with the 15 high-country stations that are members of the Wanaka Catchment Group, and now including Rippon Vineyard and Winery.

More recently I have been working with a new group of farmers in the Maungawera Valley . . . around water quality.

Farmers in Southland staged a protest over the new freshwater regulations. Do you think farmers around Lake Wanaka are more on board with the proposed water changes?
I would say there is still concern locally.

We have tried to keep ourselves abreast of the changes both within central and regional government and I am tapped into that.

I have said to the WCG (Wanaka Catchment Group) team to wait because it all keeps changing.

Every moment there is a different message coming from central government about how they are going to implement the latest revision of the national policy statement on freshwater.

Hidden within that, there are quite a few constraints particularly looking at lowslope land for this catchment where you would need to fence waterways, and a lot of that stuff doesn’t make sense to me on the ground, compared to the farm planning we have done.

I am a bit concerned that the Government will railroad rules through without due diligence on implementation strategies and, based on my first-hand experience, that always has perverse outcomes.

Trying to get all that stuff in place and telling farmers, or even bullying them into action, such as fencing waterways which are strategically pointless and not financially viable just won’t improve water quality.

And rules can always be worked around.
Was that why you were involved in setting up the Wanaka Catchment Group five years ago?
Yes, it was to take a strategic long-term approach to improving water quality on these farms as opposed to a gumboot rule that comes in and says you must do this without really thinking about each property’s ability to pay, implement, and future-manage it.

And whether it would actually benefit water quality or not in the first place.

Do you think it is a case that we are trying to make them change too quickly?
No.

I think we are trying to make them change without much practical help; that is the problem.

Do you think younger farmers who have studied at, say, Lincoln University are more open to change?
It depends on whether they go back on the family farm and Dad still has a lot of influence, or perhaps what level of debt they inherit.

If they are going back to a farm that is well geared financially, they can build change into their long-term plan but if they inherit a lot of debt these environmental initiatives must go way down the priority list.

My dad was a wool-classer so I kind of grew up in the rural environment.

His age or his cohort were the type of farmer I interacted with 20 years ago and they were very much set in their views. Environment wasn’t really in the conversation, and irrigation was the key focus for many of them.

Many of those generation are retired from the farm, so we are seeing the new generations following, including the young farmers coming through now.

They understand the environment and its management is a key part of farm business and are making the changes.

What sort of changes are they making?
For example, just the other day Mt Burke Station manager Grant Ruddenklau rang up and asked me to come out to the farm because the young chaps there wanted to have a chat about their winter fodder crop planning.

We had a look at an area where we now know you should not put a plough through it, but in the past we would have done.

It would have turned into a bog hole and then the cattle would have been up to their knees in mud. Now it will not be ploughed and it will be fenced off.

It is small initiatives like these that are happening everywhere.

However, my worry is that governments tend to want to bully people into doing this sort of stuff. The smarter way of rolling environmental actions out is through advice, actions in a farm plan that are then cleverly embedded in the people managing the farm, this will in turn lead farmers to do these things as part of day to day farm work.

You work with farmers but you also spend a lot of your time in the urban community and volunteering.
I am one of the founders of the Touchstone Project which aims to raise awareness of impacts on the lake, stir action and explain how you can have a positive influence on the water in the lake, so I work a lot with schools and community groups.

And from our work, I would say the urban environment is the greatest challenge and risk to the freshwater values people hold dear here in Wanaka.