Call goes out for ‘wool renaissance’ 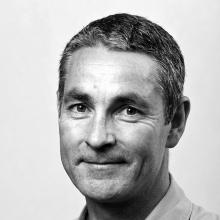 Stephen McDougall
"It's time for a wool renaissance."

So says Stephen McDougall, of Studio Pacific Architecture, who has been an ambassador for the Campaign for Wool New Zealand Trust since 2011.

Wool needed to get "back on the table — or the floor" and be part of the solution of the future as a groundswell of people consciously choosing what was best for the environment.

They wanted natural products, they believed in and valued wellness, and they wanted luxury.

"They want wool, perhaps they just don’t know it quite yet," Mr McDougall said.

He grew up in the 1960s "with wool and in wool" and at the time that Studio Pacific was established in 1992, wool was "still the king", particularly when it came to carpet.

The firm had a very strong relationship with Feltex with a representative in the studio every week. Hundreds of thousands of square metres of wool carpet were laid for clients.

But in the early 2000s, there came the infiltration of synthetics; those behind those products courted and converted very hard — no expense was spared and it was touted as the solution for the future.

It was durable and the answer to long life, provided the opportunity to include specific patterns and colours, and it was described as "recyclable". "What wasn’t to like?" he said.

In 2011, the conversation started to shift, as there was more awareness around the status of the planet and a focus on sustainability and wellness. Even though those behind synthetic carpets were "trying to tell us a green story", it was petroleum-based.

Merino wool had a much easier story to tell — "I like wearing it, it’s my go-to staple" — and so it was now around how to lift the visibility of coarse wool.

There were synergies between those in the industry and designers and architects and they could connect and work together to "turn this around", he said.

Architects understood sustainability and environmental products, clients should be reminded of those. Retailers had been "seduced and converted" by synthetics and been incentivised.

When clients were looking at synthetic carpet, Mr McDougall would light a lighter next to it and, when it produced a "very toxic smell", would ask if they were happy to use it; 100% of those he had done to that had chosen wool, he said.

Following the Grenfell Tower fire, in a block of London flats in 2017 and Auckland’s SkyCity Convention Centre fire in October, fire design was "the new black", he said.

AgResearch scientist Dr Stewart Collie, based in Lincoln, spoke of recent findings into biodegradation of wool in the marine environment which found that wool materials showed far higher biodegradation than synthetics.