Gemma and Mike Smith. PHOTO: GUY WILLIAMS
Queenstown couple Mike and Gemma Smith are proof there are other ways to make a living in their part of the world than jet-boat rides and pushing tourists off bridges with rubber bands attached.

On a fine day, the view of Lake Hayes across the front paddock from their home is sensational.

However, the Smiths not only run the Queenstown Lakes district’s only Angus stud, Kincardine Angus, but own and operate three child-care centres in the suburbs nearby.

The couple, who have two daughters, Libby (11) and Briar (9), have farming in their bloodlines — he grew up in the foothills of Mid Canterbury while she comes from near Geraldine.

Farming together in the Wakatipu Basin since 2006, they are steadily working towards the goal of buying their own property.

While they love where they live and work on their leased 90ha property, its location presents two big challenges: the climate and rabbits.

In 2010, Mr Smith began bringing breeding stock down from the Kincardine Angus stud, near Methven, started 52 years ago by his parents, Alistair and Di Smith.

In addition to their stud bulls, they also have about 75 females in their breeding herd as well as 300 crossbred ewes.

Mr Smith said their ultimate goal was to buy a farm so they could continue to grow the herd.

However, rather than go ‘‘full noise’’ in farming, they decided to build a portfolio of different commercial investments.

‘‘That’s been our pathway towards farm ownership.’’ 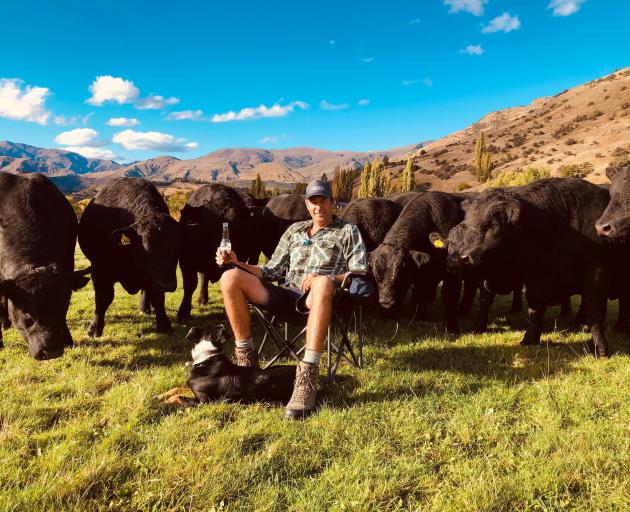 That included selling part of the breeding herd to finance a move into the child care sector; they opened their first Gems child care centre in nearby Lake Hayes Estate in 2012, and have since opened two more in the area.

The best way to describe their farming operation was as a ‘‘seed stock supplier’’ of bulls, he said.

Their clients were farmers who produced calves; they bought a yearling or 2year-old bull from Kincardine Angus in order to put the best beef-influencing genetics into their herds.

In turn, those farmers sold their calves to the farmers running finishing operations, who then took the calves and grew them into the high-quality beef product sought after by processors and marketers.

At the top of the chain was the high-end butchers or restaurants here and overseas putting that ‘‘succulent steak on a plate’’.

The essence of their own operation was ‘‘getting the best genetics we can get hold of’’.

‘‘The key to it is the established bloodlines that are proven performers, then bringing in new resources, whether that’s semen or new bulls.’’

They were aiming for medium-framed bulls ‘‘loaded with thickness and depth’’ that could thrive in the rigours of the South Island high country. 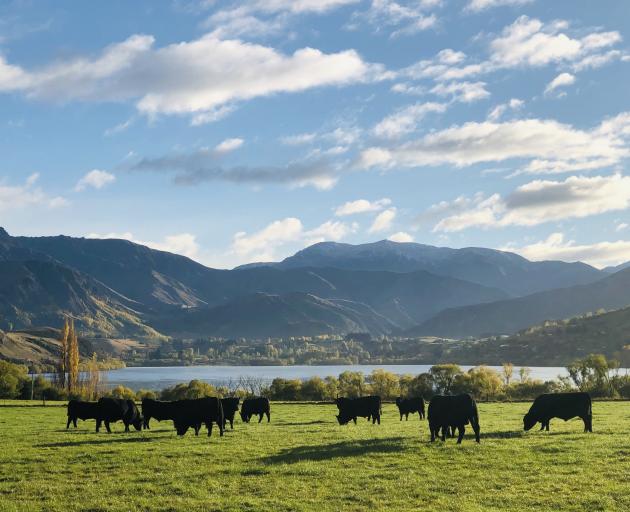 The benefit of breeding bulls in the Wakatipu’s harsh environment, with its cold winters and dry summers, was ‘‘if they can hack it here, they can go anywhere’’.

This year’s bull-selling season had been a ‘‘fantastically successful’’ one for Angus breeders, and confidence in the industry was high.

The biggest challenge the Smiths face is rabbits, which in spring go on the rampage in their paddocks.

The costs of re-grassing those paddocks, bringing in extra feed for their stock and the control operations themselves, cut into their bottom line.

After the local population exploded last year, they collaborated with their immediate neighbours to employ a commercial operator to run a poisoning operation.

Mr Smith said they repeated the exercise in July and, while it put a dent in rabbit numbers, it would not stop a new population from immigrating from further afield, particularly from around the lake. 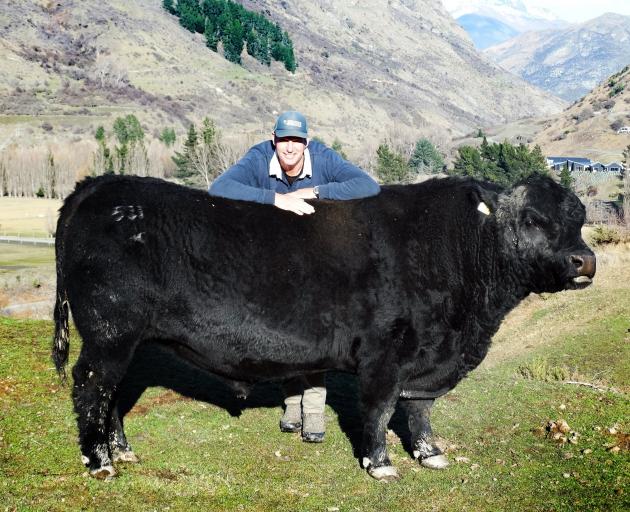 Mike Smith and his top bull, 6-year-old Kincardine Kingdom 531. PHOTO: GUY WILLIAMS
Because they were farming in the middle of a semi-urban area with a diversity of land ownership and use — including residential housing, commercial property development and biking trails — any larger-scale, coordinated control was difficult.

‘‘The challenge here is that not everyone is farming.’’

In April, in only his second year on its board, Mr Smith became vice-president of Angus NZ, an association of stud breeders of the largest beef breed in the country.

The commercial experience the couple had accrued together over the past decade was something he felt he could offer to the industry.

‘‘There’s no point in complaining unless you want to do something about it.’’

The development of a new strategic plan had him excited about the association’s direction.

As for buying that farm, they were ‘‘definitely progressing towards that goal’’, and the stud operation was now at a point where it could scale up quite quickly, he said.