The clinic sets up a calving scoreboard which records the number of calves staff members help deliver.

‘‘We are pretty competitive people.

‘‘So if you get called out to the job and pull the calf out, you get a point. ‘‘I got a call on Saturday but I was already out on a job, so when I turned up they had already pulled the calf out.

‘‘Which was good for the calf but I didn’t get a score.’’

Since she had started the job in February she had gained a lot of practical experience with both small and large animals.

Ms Gardyne grew up on a sheep and beef farm at Chatton, north of Gore. It was an advantage to grow up around animals, she said.

‘‘It gave me more opportunities to work alongside them.’’

As a child her father would often read British veterinary surgeon James Herriot’s books to her. 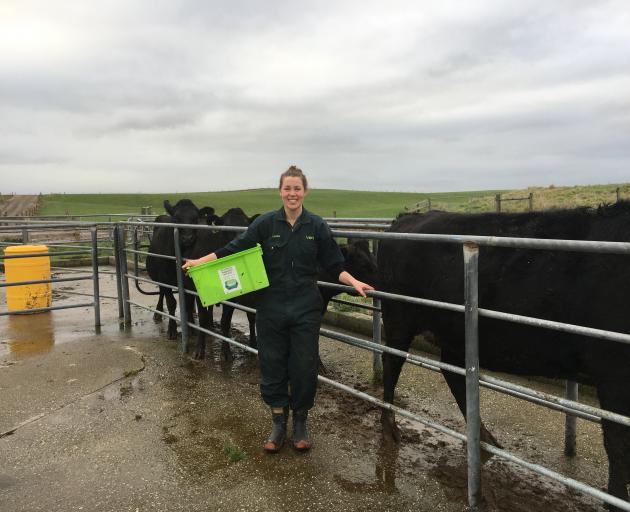 ‘‘When I was 8 my dad would read me and my brother Richard his books and I think that’s partly the reason why I wanted to become a vet.

‘‘Another reason was because my brother wanted to be a vet and so I just copied him. ‘‘I wasn’t sure what to expect but it was interesting to see what was going on with the animals and their bodies.

‘‘I also wasn’t scared of blood which was super handy.’’

The job could at times be a challenge especially, with the expectations she held for herself, she said.

‘‘When you go to a job, you want to do the best by people but sometimes you don’t have the complete skills. So I have to be flexible and think on my feet.’’

However, there were also times in the job where she just had to ‘‘laugh’’ at herself, she said. A particular memory was when she was called out to a calving with NSV shareholder Rebecca Morley.

‘‘It didn’t turn out to be a calving. ‘‘But we got stuck at the gateway in our gumboots because of the mud and we were awkwardly just standing there. So the farmer had to grab his tractor to help us out.’’

The unpredictability of people and unusual pets made her job interesting, she said. ‘‘One of my clients brought in a box with three rats. ‘‘I wasn’t expecting it but I had never done anything with rats before so it meant I had to do research on them.’’

Positive interactions with her clients made her job worthwhile, she said. 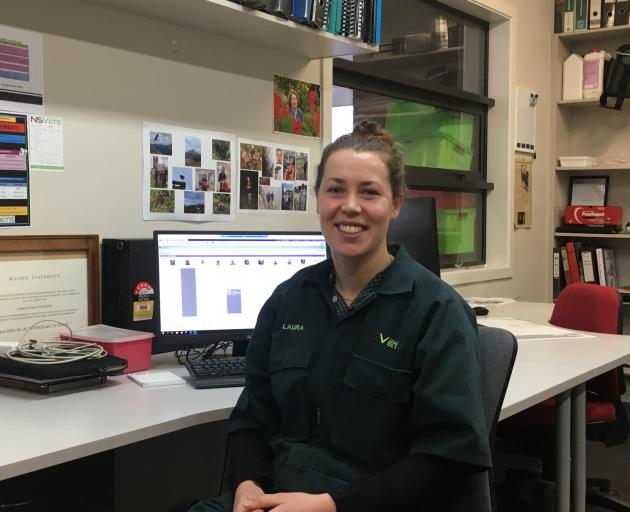 ‘‘Being able to help people is really satisfying — even if you have to euthanise an animal, because it’s not an easy thing to do. You can still be there for the people.’’

It was a positive time to be in the veterinary industry.

‘‘It’s been awesome to see farmers take up practices to better their farms, like the choice of better paddocks and back-fencing.’’

Some were also improving their knowledge of nutrient management, she said.

The staff members at NSV had been a great support and encouraged her.

‘‘It is quite a positive environment and it’s like a family.

‘‘They have really taken me under their wing and each of them have a wealth of knowledge.’’