Turning challenges into a strength

All about quality genetics and ensuring stock are looked after. Photo: Brent Melville
The dual challenges of landscape and climatic diversity can also be a strength, says Fernvale Genetics farmer Lloyd Brenssell.

Lloyd and Angela Brenssell are the fourth generation of the family to work Fernvale over the past 80 or so years, though it has only recently been truly integrated into a single-management entity.

Given the size and diversity of the farm, the underlying business principle was ‘‘KISS’’: ‘‘keep it simple stupid.’’

‘‘For us it comes down to doing two things well: quality genetics and ensuring stock are well fed,’’ Mr Brenssell said.

The focus on productivity means the Brenssells pay a lot of attention to ensuring the correct pasture for the type of country they work in. 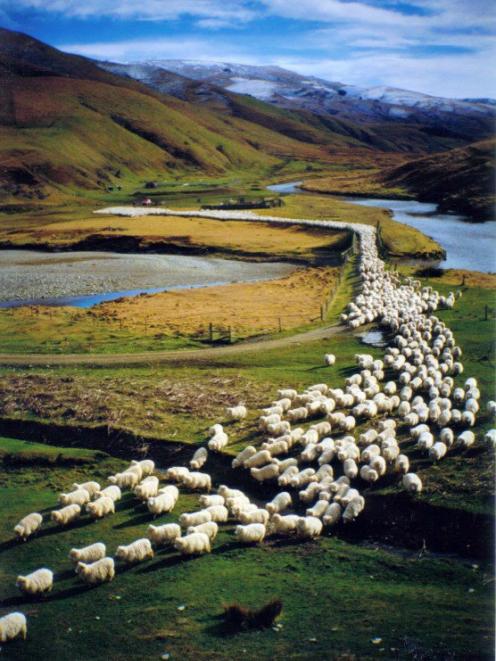 Ewes head home for shearing at Fernvale. PHOTO: FERNVALE
While that can be challenging across what are six quite different properties, the diversity across the properties offered different positive attributes, he said.

‘‘We are able to achieve climatic balance, as the land blocks have varying rainfall and altitude.

‘‘That creates a high-performing platform to work on, so the end result is then only limited by the quality of the genetics within the flock,’’ he said.

To that end, the Brenssell’s have invested substantially in DNA profiling the stud romney ewes and sires.

All rams are scour-scored and have FEC (an internal parasite resistance trait and are SIL (Sheep Improvement Ltd) recorded across breed evaluation of ram traits).

Mr Brenssell said the stud had also entrenched a number of key principles, including retaining only multiple born-and-reared stock, with new blood introduced every third generation.

As a commercial proposition the farm has come a long way across its ownership.

The Fernvale block was acquired by ballot in the early 1900s by Lloyd’s great grandfather, Harry, though the stud really started in 1946 when his grandfather, John, purchased 300 Romney Marsh ewes from Waiorongamai Stud in the North Island.

Lloyd took over the operation from his father, Harry, using Fernvale predominantly as the base for the stud while leasing and acquiring additional land to encompass the six properties.

The property includes two run blocks — the original 4408ha Whitecomb run, which was purchased by Harry in 1990 from the Gibson family and the lower 560ha McKays block.

Two-tooth sheep head to Gem Lake run for the summer. PHOTO: FERNVALE
This was originally a native tussock block with perendale and half-bred ewes, though Harry developed this extensively with fencing, over-sowing and replacing the stock with commercial ewes from Fernvale.

The neighbouring 2100ha Gem Lake run block, located at the headwaters of the Pomahaka River, was purchased in 2014.

‘‘Gem Lake can be a challenge, with stock work done mostly on horseback and foot, though more recently we have resorted to helicopters for mustering, snow raking, inspecting stock and even fencing,’’ Mr Brenssell said.

It is used as a run-off for the run blocks.

The first thing done on this property was to develop a farm road that provides access to staff and stock from Fernvale through to the Ettrick main road.

View of Whitecomb run from the house. PHOTO: FERNVALE
Mr Brenssell said Steve’s Block was essentially the ‘‘last piece of the puzzle’’. It is utilised as a ‘‘terminal operation’’ and is early country, which is suited to lambing and calving earlier to the what the climate can normally sustain in Moa Flat.

It also serves as an ‘‘insulator’’ to Mycoplasma bovis.

He said the M. bovis virus had been a real wake up call to the farming community.

‘‘It highlights the need to ensure we have good management practice in place with accurate records particularly as it relates to stock movements.’’

The huge scope of the business makes the Brenssells ready acceptors of new technology and they’ve investing in EID tags early on and remain one of the development properties for FarmIQ.

‘‘Our eight staff carry and use smartphones while the tractors are set up with a GPS system that is linked back to the software.’’