Young farmer making most of opportunities 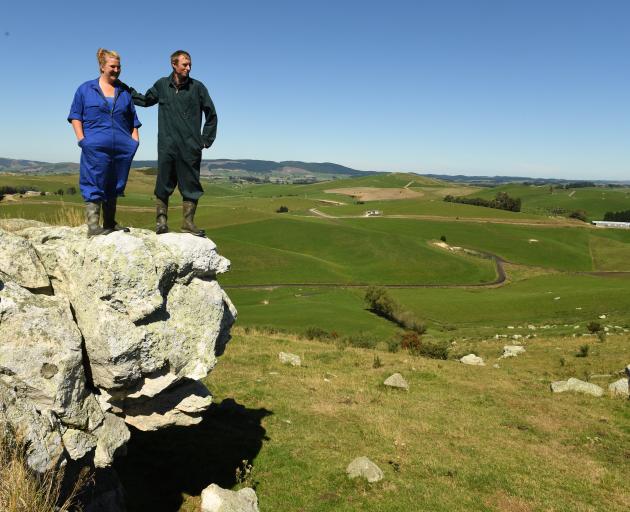 Scottish-born Ann Linton always wanted to visit New Zealand before she was 21.

She got her wish - albeit a week after the milestone birthday - but she did not realise that she would never really leave.

Miss Linton (26), who came with just a suitcase, has ended up with a career in the dairy industry - and a husband-to-be.

She and her partner, Scott Henderson, are now managing a 420ha effective self-contained dairy farm near Milton, with stunning views over South Otago, milking 830 cows.

Miss Linton grew up on a sheep and beef farm near Edinburgh, before studying animal care for three years.

She came to New Zealand on a working holiday and discovered that there were more opportunities in the farming sector, and the ability to progress through the dairy industry.

Initially, Miss Linton worked on a farm at Tapanui to learn about Kiwi systems and to see if she liked it.

In Scotland, cows were housed indoors and dairy farming was very labour-intensive so it was quite a change.

After two years, she moved to Gore and that was when she began her involvement in the New Zealand Dairy Industry Awards.

Last year, Miss Linton was named dairy manager of the year in the Southland-Otago awards, after finishing runner-up the year before.

She modestly acknowledged that was "not too bad'' for a relative newcomer to the industry, as well as the country.

Miss Linton and Mr Henderson, who have been in South Otago since November last year, are getting married next year.

From Balclutha and a builder by trade, Mr Henderson has also worked at a sawmill and for a agricultural contractor, before going dairy farming.

They also owned some of their own own cows, at present numbering about 50, and they hoped to have more than 200 within two years. 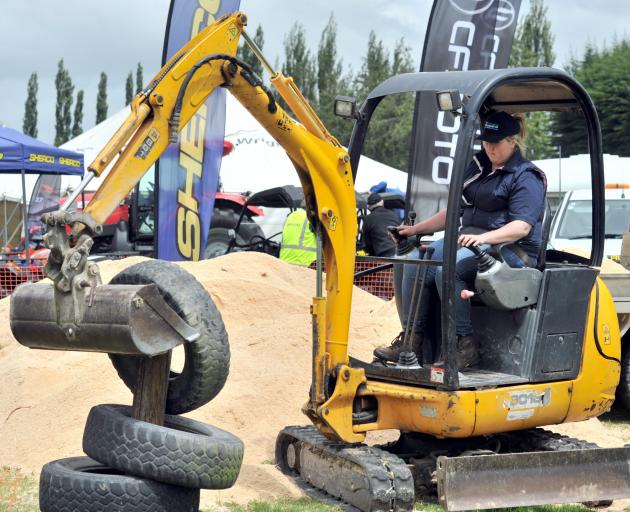 Ann Linton takes part in the mini digger section at the Young Farmer of the Year Otago district competition in 2014. PHOTO: LINDA ROBERTSON

Miss Linton is involved with Young Farmers and also with organising the Southland-Otago dairy industry awards at Bill Richardson Transport World in Invercargill on March 21.

Entering the awards had been a very beneficial experience and the couple would not be in the position they were now if they had not, as they met their employer through them, she said.

It was also an opportunity to benchmark yourself and see any areas where improvements could be made, along with meeting other positive, like-minded people.

Miss Linton loved the dairy industry; every day was different and she enjoyed being outdoors - "I'm not an inside person''.

She was passionate about the livestock and excited about the opportunities to progress.

She had been back to Scotland three times and she knew the first trip home would make the decision as to whether she would return for good.

While she missed family and friends, there was not the same opportunity for progression in Scotland. Dairy farms were small and intensive and it was nearly impossible to get into farm ownership unless your parents had a farm, she said.

In New Zealand, if you worked hard then you were well rewarded. That suited her, as there was "more to life than staying in bed'', she quipped.

Miss Linton now had permanent residency and would apply for citizenship in four years' time.

They had a good team on the farm and everyone worked hard to get the job done. The world relied on the dairy industry, the couple said, and it was a great industry to be part of.

Miss Linton encouraged others to "give it a go''.

One of their favourite quotes was "If you fail, never give up because F.A.I.L. means "First Attempt In Learning. If you get NO as an answer, remember N.O. means Next Opportunity.''