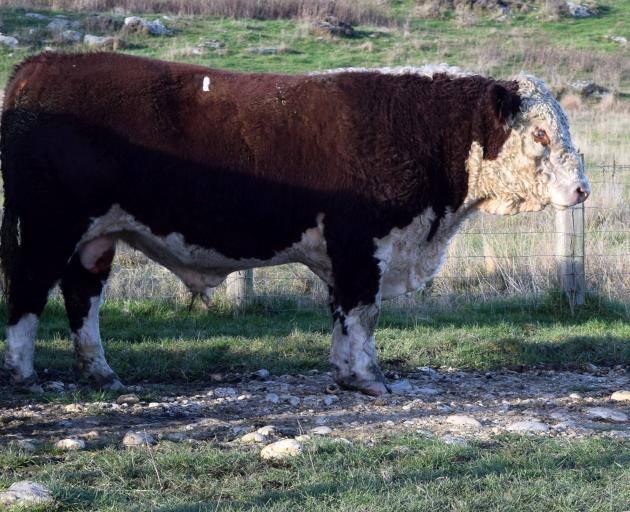 Speaking from inside the bull ring at the conclusion of the sale, stud owner Gray Pannett told the more than 100 people sitting in the grandstands surrounding the ring, the result was "outstanding" and "heartwarming".

"There was some crazy money at the start."

Speaking after the sale, neither Mr Pannett nor his wife, Robyn, could confirm if $42,000 was the most paid for a bull in the history of the sale.

Purchaser Duncan Campbell, from Earnscleugh Station, near Alexandra, said the appeal of Limehills Blast was it being a "beautifully put-together bull".

"The cosmetics are right and the data is right — everything was in the right place." 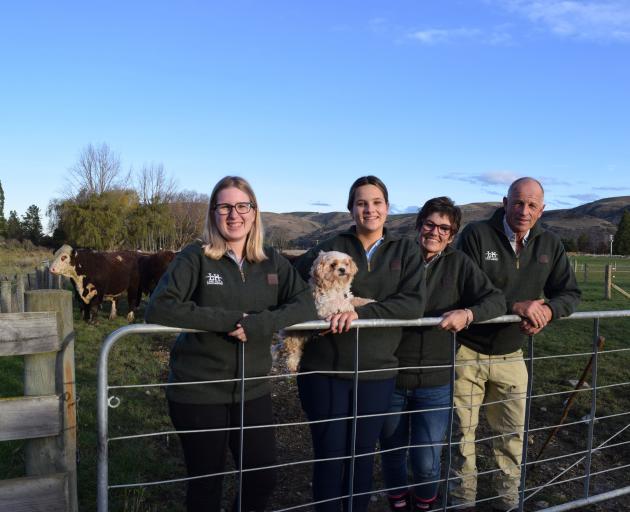 Limehills Herefords owners Gray and Robyn Pannett and their daughters, Madison (26, left) and Evie (16), and their dog, Brynn, on their farm after their 43rd annual bull sale in Millers Flat last week.
The $42,000 price tag was the most he had spent on a Hereford bull, he said.

"That’s what we are all in the game for, to make money, or you wouldn’t be here."

He had "gone close to breaking his neck" increasing his intramuscular fat EBV values for his clients, he said,

After the sale, Mrs Pannett said the successful sale result was a reward for the hard work of her husband.

"Gray is so passionate about bulls, he loves the industry." 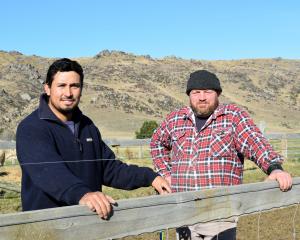