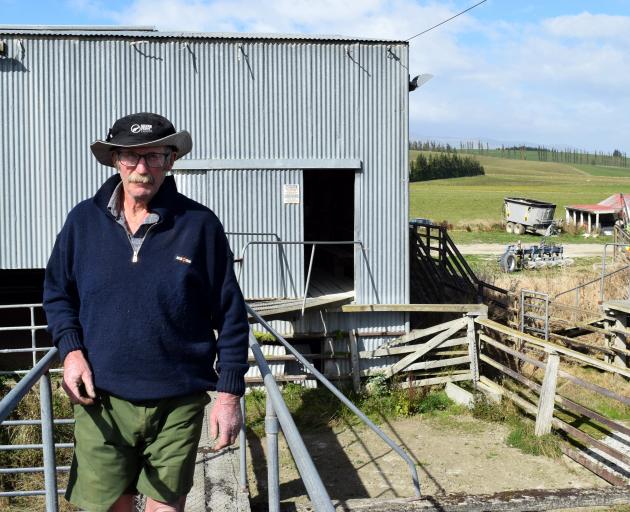 Farmer Graham Walker owns a 394ha sheep and beef farm in Park Hill and was the second generation of his family to sell stock at the saleyards, about 50km west of Lawrence.

The saleyards were a social place, which brought the community together.

However, the closure was inevitable, as fewer sales were being held as years passed, and as health and safety regulations had tightened.

"It’s been coming for a long time." 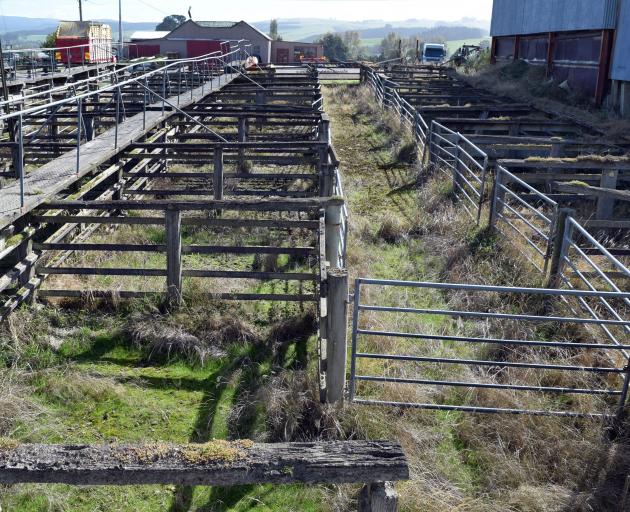 The cattle yards at Heriot saleyards.
The West Otago Calf Sale was the only event to be held at the saleyards in recent years and was last held there in 2019.

The annual sale was cancelled in 2020 due to Covid-19 restrictions and was held at the Mt Benger Saleyards, near Roxburgh, last month.

He believed fewer calves being on offer at the sale in Mt Benger was because farmers were keeping them to fatten rather than sell, he said.

Another reason was farmers choosing to sell calves on farm, like he was doing at present, rather than taking them to a saleyard.

The Heriot saleyards once featured several sales a year including stud bulls and sheep.

He recalled flocks of sheep being driven to and from the yards and loaded on and off train wagons for rail journeys.

Many of the pens at the saleyards were made from railway irons.

He did not know when the saleyards opened.

An advertisement in the Otago Daily Times in 1913 lists "surplus sheep from Hukarere Station" for sale at the Heriot saleyards.

The "500 six and eight-tooth ewes and 1000 four and six tooth wethers were well known as being big-framed, well-breed sheep and are well worthy of buyers’ attention," the advertisement said. 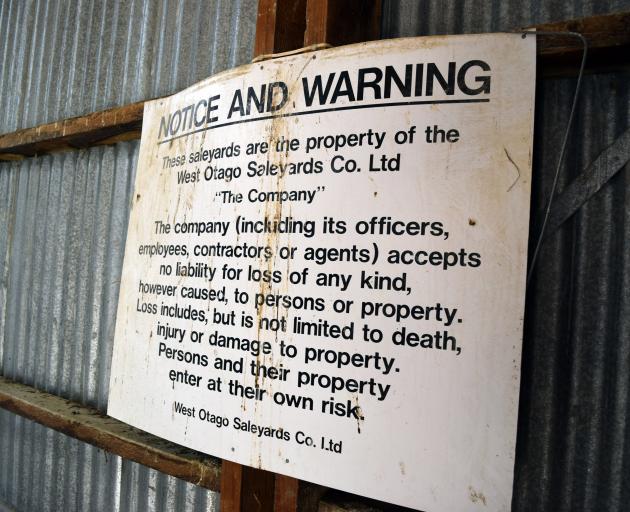 A warning sign in Heriot saleyards.
Mr Walker said when sheep sales "fizzled out", the sheep yards near the site remained unused for years before being demolished.

His fondest memory of the saleyard was the friendly rivalry with neighbouring farmers to see who would sell their calves for the highest prices.

His traditional breeds, such as Hereford and Angus, would often fetch the best prices but then the bigger exotic breeds, such as Simmental and Charolais, began to feature and "I got pushed down the pecking order", he said, laughing.

An enduring memory was some smaller calves squeezing through the railing in the auction room and joining the benches "chocker full" of bidders.

Road Transport Logistics fleet manager Bruce Robertson, of Heriot, said a factor for the saleyards closing was because the cost of meeting health and safety regulations was "not worth the investment".