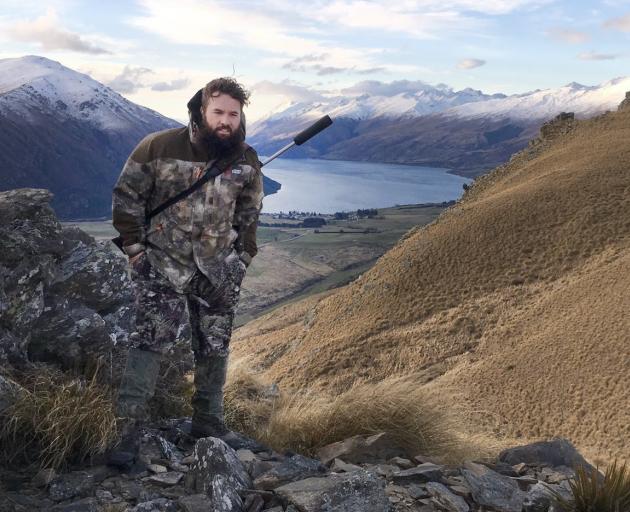 Cromwell’s Lee Murray high in the hills near Garston. Photo: Supplied
Partly, it’s the thrill of the chase. Mostly it’s spending hours alone in his backyard — the hills around Central Otago and the Queenstown Lakes — that puts a smile on Lee Murray’s dial.

Originally from Cromwell, Mr Murray moved to Australia when he was about 11 after his father got a job there in the mines.

After attending high school there, he moved back to Cromwell when he was 17 and decided he wanted to get into hunting.

‘‘I used to try and tag along with the boys that were hearty hunters [such as] Duncan Stewart. He’s a really well-known hunter in the Central Otago region, and I was terrible,’’ the 36-year-old said.

‘‘They carried a pig for five hours, and they chucked it on my back for 20 minutes and I was [exhausted].’’ 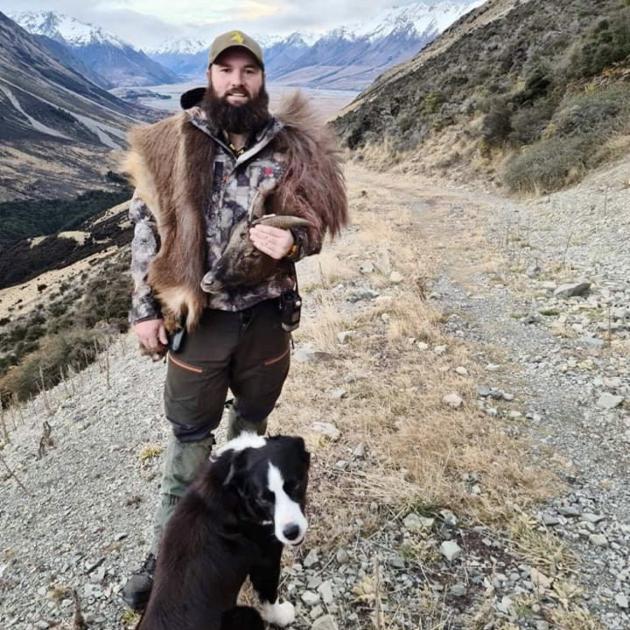 Hunter Lee Murray with his dog Jack in the hills. PHOTO: SUPPLIED
After a stint studying in Palmerston North, Mr Murray moved back to Central, laced up his rugby boots, playing variously for the Cromwell and Arrowtown Premiers, and, later Invercargill’s Blues, and then started working in pest control trapping possums.

‘‘I loved being in those hills . . . My first job was down at Roxburgh, [then] at Mt Linton Station, down south, and then just all round Central.’’

They were long, lonely days covering an enormous amount of ground and vertical metres.

Laying bait could be a 25km-a-day mission, while laying traplines involved going up and down hills all day.

‘‘You know when it’s 4pm, 5pm, whenever you finish, you’re back on your phone, back to normal life, but throughout that whole day, you’re just a mountain goat.’’ 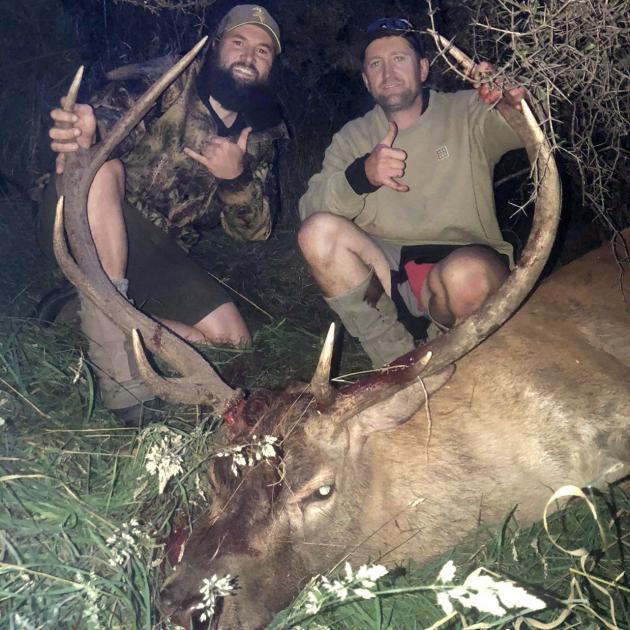 Lee Murray (left) and Tim Campbell, both of Cromwell, with a stag shot on a hunting mission. Photo: Supplied
For several years Mr Murray split his year between New Zealand and Europe, playing one rugby season in Spain, in 2015, and then the following five seasons in Germany, eventually playing for the national team in 2019.

Returning to New Zealand ‘‘rugby-fit’’ was of little help in the hills, he said.

‘‘There’s a massive difference between being hill-fit and rugby-fit and it always used to kill me for that first few weeks.’’

Spending all that time in the great outdoors also came with another bonus — getting better at understanding deer and learning about their movements.

Eventually, he decided to get his own rifle and teach himself how to hunt them, though that got off to a slow start, as he was spending days walking around and finding few, and missing those he did spot.

But perseverance started paying off and, in time, he learnt ‘‘the tricks of the trade’’.

Through his job he also started building relationships with farmers, who allowed him private access to go hunting.

‘‘Private spots are obviously better because there are not many hunters out there . . . You’ve definitely got a better chance — the hit rate’s high . . . so if you put in the yards, do the mahi, you’ll get the treats.’’ 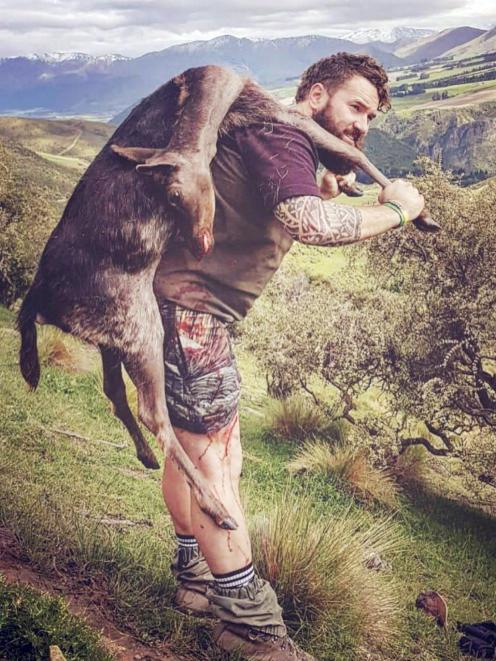 Lee Murray with a deer he shot. Photo: Supplied
While having decent fitness levels was always a good start to help get into ‘‘hearty country’’, what he loved most was learning the art from ‘‘old fellas that have done it their whole life’’.

There was a science to it, he said.

‘‘It’s like if you’ve got a couch out of place in the lounge, you’ll notice straight away.

‘‘They’ll [the deer] notice something’s different, something’s moving — they’ll smell you and they’ll be up real high looking down on you.

‘‘There’s a lot of judging wind, things like that.’’

He was also a believer in respecting the animals he hunted.

‘‘At the end of the day, if he can outwit you and get away from you, good on him, and that’s part of it.

‘‘But when you shoot him, show him respect.

‘‘I know most hunters will have a lot of respect for the animal and utilise everything, take all the meat, whether they want it or not . . . It can feed a family.

‘‘There were a couple of struggling families in Cromwell that I was helping, just giving meat to.’’

While he was yet to shoot ‘‘an amazing trophy’’ — to date he had shot some decent 12-point stags, ‘‘but nothing absolutely out the gate’’ — he looks up to the likes of Mr Stewart and Sam Manson, ‘‘the real-deal big-time guides’’ who shoot ‘‘amazing trophy animals’’.

As he found more success on his hunting missions, Mr Murray started taking photos of his deer to send to his family and mates and then decided to set up an Instagram account, @nzhunting.

‘‘Probably because I was doing it every day it started getting a bit of a following — within a couple of weeks I had about 1000 followers . . . and a couple of months down the track there was 5000 and then it built up.’’

At present, he’s got almost 14,000 people following the account and, from time to time, he’s had a familiar face tagging along on his missions, including a few All Blacks and Six60’s Matiu Walters.

He was also featured on TVNZ’s Hunting Aotearoalast year .

But unlike others, who use social media to become ‘‘influencers’’, he says the best thing about it are the friends he has made.

‘‘You meet heaps of people and people will know who you are, in a way, and they’ll just come up and have a yarn about hunting.

‘‘I used to ask all those guys to go hunting and they were never keen to take me, and now they’re wanting to come with me.’’