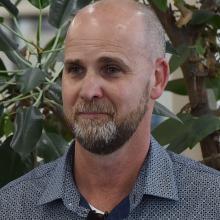 Bruce Quirey
Duck-shooters are being warned to buy ammunition early this season because of a suspected supply shortage and retailer changes.

Those planning to do a last-minute dash for steel ammunition before opening day should check with their local retailer, Otago Fish & Game officer Bruce Quirey said.

This year’s season, which starts on May 1, marks the end of the use of lead shot on or near open water. It has been phased out over several years.

Hunters, apart from those using small-bore .410-gauge shotguns, must use non-toxic ammunition. Lead shot may only be used if hunters are shooting from more than 200m from open water.

Changes to the Arms Act have prompted some rural supply stores to cease selling ammunition, hunting supplies and gamebird licences.

The revised legislation places a range of restrictions on retailers, such as all store staff selling firearms and ammunition being required to hold a current firearms licence and be police-vetted.

Store managers can be personally, criminally and financially liable for any breaches of the Act. Significant changes to store layouts and security are required to comply with the new rules.

Rural retailer Farmlands Co-operative said it had made the difficult decision to stop selling ammunition and hunting supplies.

General manager of sales and retail John Campbell said the cost, complexity and risk of compliance for both people and properties was too significant.

"Our interpretation of the new legislation meant individuals managing a business that sells ammunition would need to have a firearms licence and an ammunition seller’s licence," he said.

"They would also need to comply with all the rules of that firearms licence, including compliance in their own homes."

Farmlands estimated it would need at least three staff at each of its 82 stores to hold a firearms licence.

"We would need to monitor their compliance, including in their own homes.

"For each store, we would also need to install crash bollards, window screens and secure ammunition cabinets."

Mr Campbell said it was not a snap decision, but the biggest factor was people.

"We did not want to intrude on them after hours to ensure they remained compliant."

Mr Quirey said that was another reason duck-shooters needed to get organised early.

Year-to-date sales of gamebird hunting licences in Otago were up marginally compared with this time last year, he said.