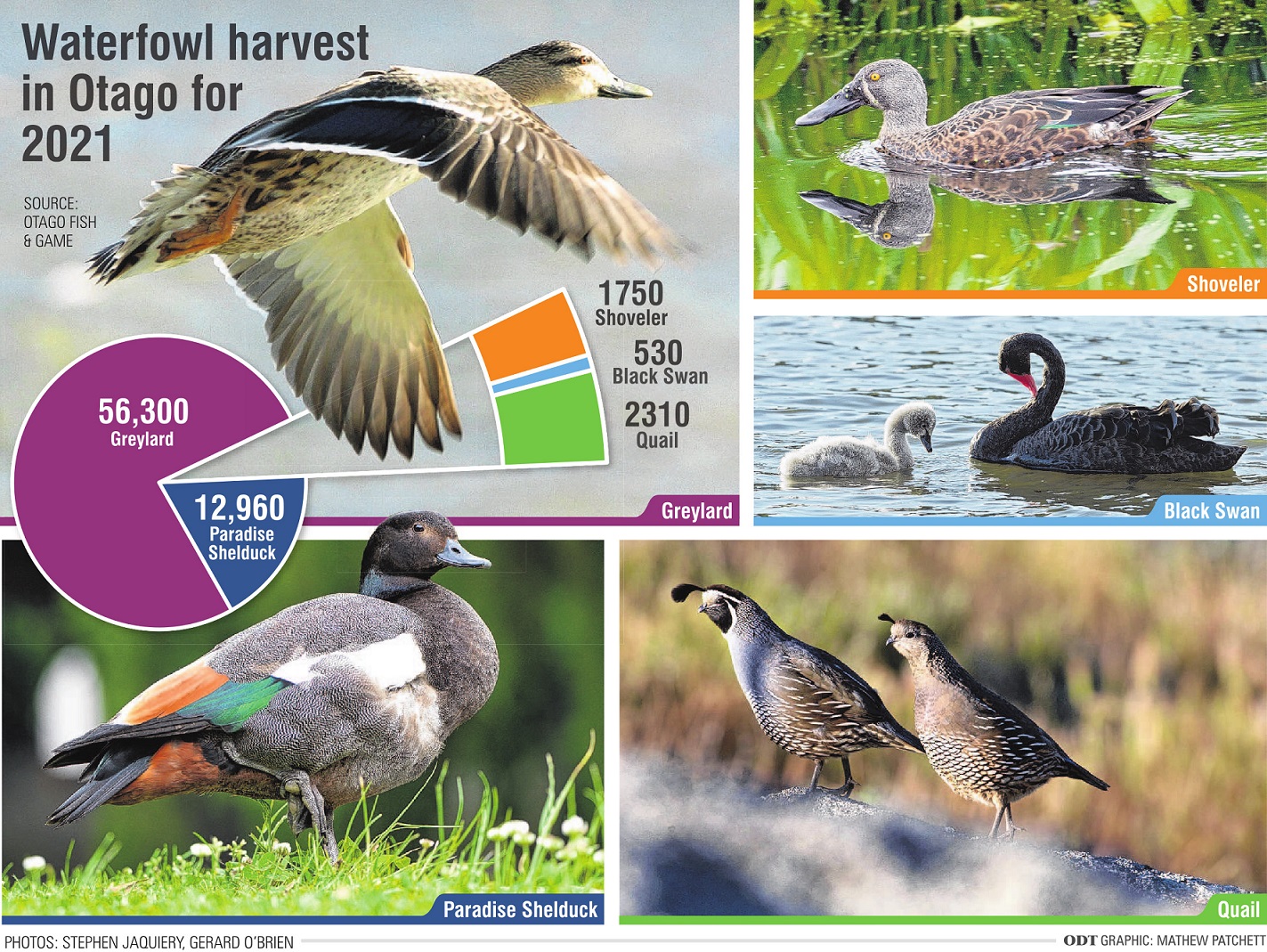 As usual, more than three-quarters of the birds taken were "greylards".

The species does not exist.

Fish & Game’s annual harvest estimates were self-reported by hunters, and the greylard category removed some of the variability that could be created with people calling different birds greys or mallards.

"Most people will call it a mallard, or a grey, but we know there’s a fair bit of hybridisation there," Mr Couper said.

Fish & Game had been surveying game bird hunters in New Zealand since 1993 and had established long-term datasets, his report to the Otago Fish & Game Council said.

The 2021 season in Otago was similar to long-term averages in almost every key area, it said.

The report, to be considered at this week’s council meeting in Dunedin, said 76% of the birds shot this year were reported as (either a mallard or a grey duck) a greylard.

Slightly up on last year was the number of paradise shelducks shot (12,960) and those birds made up 18% of the Otago harvest, the report said.

The survey covers all of New Zealand but each Fish & Game region was responsible for surveying its own hunters.

The Otago portion consisted of surveying around 120 randomly selected adult and junior Otago hunting licence holders following opening weekend, then every two weeks throughout the rest of the game bird season.

Harvest estimates excluded the harvest of child licence holders, day licence holders and unlicensed hunters, including landowners who hunted their own land under the owner-occupier exemption, the report said.

The one key metric that was down this year was the amount of time that hunters spent in the mai mai, it said.