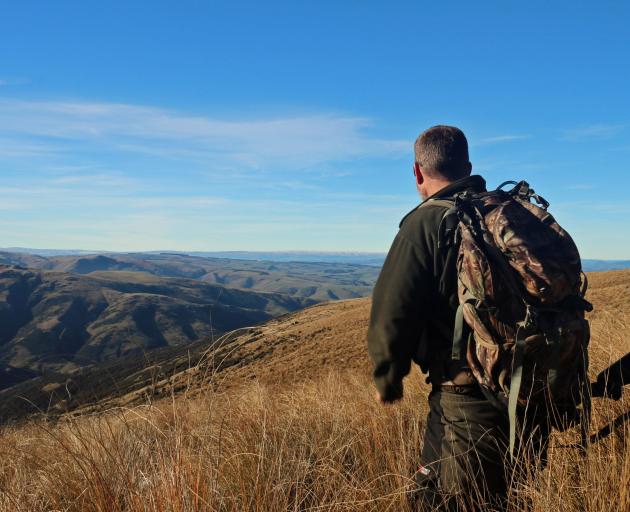 Photo:John Shaw
What makes a country? Is it simply the piece of land and its borders that define it? Is it the accent its people have, or a unique language? Is it what its people like to do, how they act, their culture?

It is, of course, a nuanced and complex question and can lead to myriad answers. But one thing that certainly contributes is the value of tradition.

With the advent of social media progressive ideas - often most popular with young people - have had enormous exposure. Often, to be progressive is to rail against traditions - especially those which make little sense to the uninitiated.

But conservative folk have not vanished, and it is with conservative people traditions tend to hold more sway - even if they are nowhere near as prevalent on the social media platforms many New Zealanders consider to be an accurate window on to society.

Tradition might say more about where we've come from than where we're going but without having a past, how can we align ourselves to best face the future? And without traditions, what are we, as a people?

The problem with traditions is, often, they are not palatable or easily understood by those who are not familiar with them. One such tradition is hunting.

Over the past several decades New Zealand's population has swarmed the cities, becoming more urban-centred than ever before. As that has occurred we have seen generations being born to parents who have never lived anywhere other than a city. Rural realities have become not just unfamiliar but unpalatable.

Hunting is the type of tradition which, to one who has never had to really consider where the food on their table comes from, may seem barbaric.

Why get pleasure from stacking the odds unmercifully in your favour then using those manipulated odds to hunt and kill innocent animals?

There are, of course, many reasons why we hunt in this country - especially in a region as wild, rough, beautiful and sobering as the South.

Hunting provides food, it provides a purpose to head into the great outdoors, it provides rhythm, peace, thrill and frustration.

But more than that, it provides context. It provides lessons. It serves as a tradition which has in part been responsible for making New Zealand its own unique nation of resilient people.

It requires preparation and hard work. It demands resilience and responsibility. And that is a fairly impressive list of attributes we'd all love to see in our children, their teachers, our staff and employers and our nation's leaders.

Hunters have had a tough time of it in the months which have followed the March 15 massacre. To a very large extent, they have accepted New Zealand changed that day and, as a consequence of that change, some of the freedoms they were accustomed to would change, too.

How many city-dwellers have had their lives materially affected in any way by the actions of the terrorist who caused such carnage that day?

Hunting is often unpopular, and perhaps understandably so. But it is a tradition integral to the rise of the New Zealand psyche.

It continues to help shape and teach life's realities to many in the South, and continues to put food on many tables around our region.

The national game bird hunting season opened this month, on May 4, and in the coming weeks and months the sounds of guns firing will be heard around our region. For those whose initial reaction is to recoil in disgust, pause and consider the positives this particular tradition offers so many people of this region and this country.

And to those who are part of that tradition; be careful, be respectful, and above all be safe.